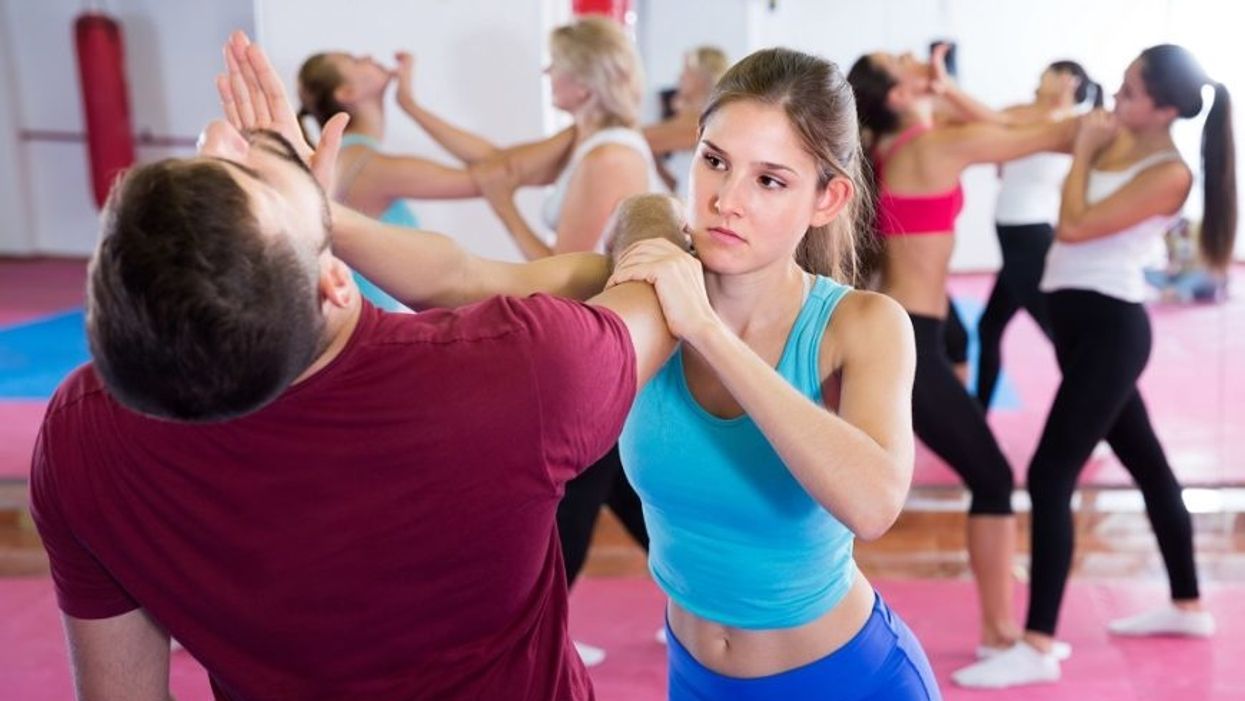 If you're a martial artist, chances are you already know the key to prepping your body and brain for self-defense on the street, but in case you don't, read this!

Telling other people how to use self-defense skills to survive a dangerous or potentially lethal encounter when you've never experienced one can be pretentious. No matter how much experience you may have in the dojo, it cannot compare to those occasions when you're facing an adversary bent on doing some massive or terminal damage.

Having said this — and admitting that, thankfully, I've never had to fight for my life — I will offer the following observations on the role karate and other martial arts can play in self-defense.

A major difficulty faced by normal people in violent encounters is that, with few exceptions, the behavior of the attacker just doesn't make sense. If you're walking down a dark street and someone sticks a gun in your side and demands your cash, you may be surprised. However, you won't be confused because you understand the motive of the robber. (In fact, that very knowledge will probably keep you from walking down that dark street in the first place.)

But what about the guy who's standing at the corner beside you, the guy who suddenly whirls and plants a fist in your ear? It's unfortunate that unpremeditated, senseless attacks like this are becoming more common. Extreme examples include shootings in schools and workplaces. “The guy just went crazy!" is the usual description after the carnage.

Walking down the dark street, you're prepared for the potential violence that might logically happen. Standing on the street corner when a nut cuts loose is something you're not prepared for, however. Nor can you be. You don't want to live in a state of combat readiness 24 hours a day. It's not practical, and it isn't healthy.

What you can do is train to eliminate your internal rules that say all aggressive acts must “make sense."

The guy on the corner suddenly attacks. Chances are, you see it coming — at least you're aware of the oncoming blow. What slows your physical reaction is your mental reaction: “What's he doing this for? Why's he swinging at me? He must've mistaken me for someone else."

Thoughts like those immediately form, and they keep on forming even if you're still standing after the strike has connected. They're perfectly logical. They occur because you're a reasonable, rational human being. After it's all over, they're appropriate thought processes. In the midst of a violent encounter, though, they're useless. You must learn to short-circuit them.

“Kill 'em all and let God sort 'em out!" is an example of silly, macho strutting that no one could take seriously. But you should adopt the attitude that you must deal with the attack now and worry about its motivations later on. Insisting that an attack “make sense" before you respond can get you seriously injured or killed.

There's nothing much here to argue with, you're probably saying, but what's the answer? How do you learn to bypass logic and reasoning and let your body take over? You do it the same way human beings have always successfully trained to deal with unexpected aggression — through kata.

Kelly McCann's Combatives for Street Survival is one of our best-selling books. Order your copy here.

Of course, the proven method hasn't always been called kata. The military calls it basic training. The police use similar names. But on some important levels, it's all the same. The routine goes something like this:

Repeat basic movements over and over. Instill them on a level where they're nearly instinctive and work without conscious thought. Practice them in different sequences. Practice them against opponents who attack in expected ways and then, increasingly, in unexpected ways. Learn them so thoroughly they're spontaneous and dependable in any situation.

One of the primary goals of kata training is to integrate physical movements independent of conscious volition. It's not easy, nor is it quickly accomplished. Despite ignorant criticisms of it by those who've never seriously undertaken the process, it's the most reliable method for learning how to deal with the kinds of illogical attacks encountered on the street.

There's no reason to be ashamed of being reasonable or of expecting the world to work in a logical way. The problem crops up when you insist that reality must consist only of reasonable, logical actions. Sometimes you will run into people who don't share your view. At that point, you must use your kata training to deal with them. Their aggression may not make sense, but your response should.