How Karen Sheperd Got Her Start in Martial Arts and Movies 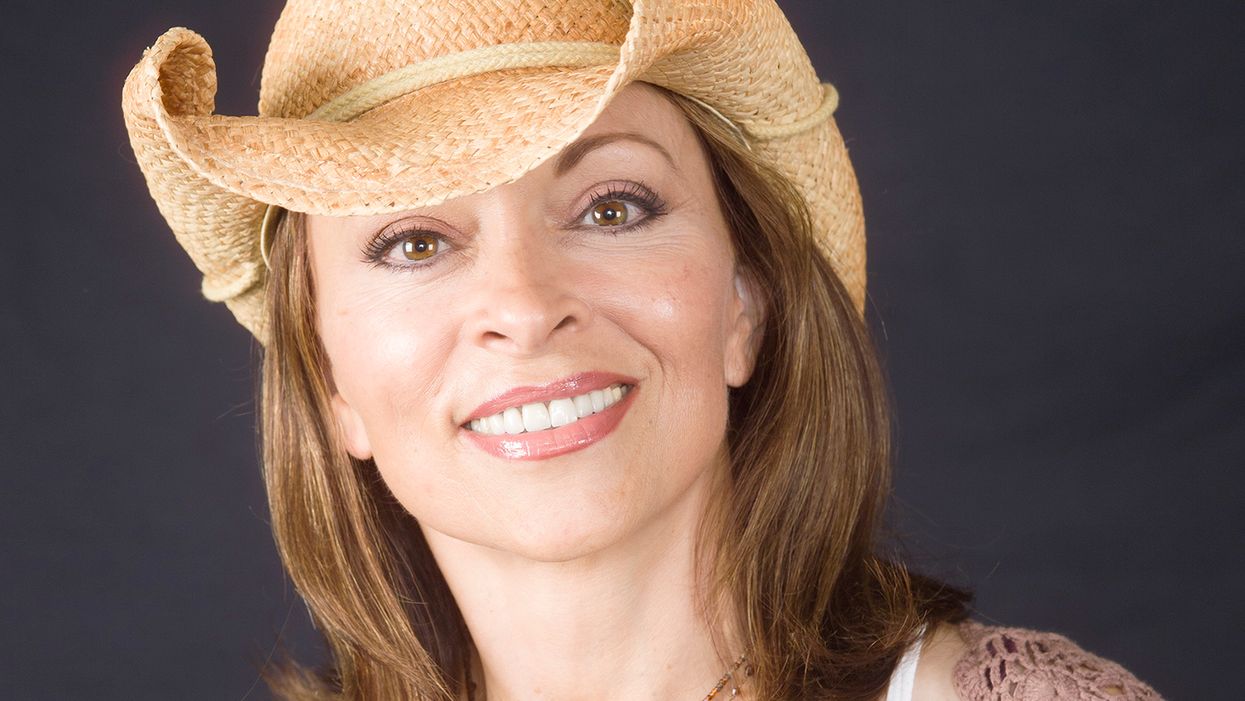 Karen Sheperd has been one of America’s best-known martial artists ever since her tournament days. Find out how she got started, why she switched from shotokan to kajukenbo, and what led to her first film role in a Tadashi Yamashita flick.

Karen Sheperd sits across the table from me and aims her chopsticks at a tiny plate of shrimp sushi. She's one of America's best-known martial artists — and one of the few to make it in movies and television — but she's as down-to-earth and friendly as anyone you'll ever meet.

And when it comes to how she got her start in the martial arts, you'll see that she's not that different from the people you kick and punch with every day.

“I hate to sound cliché, but it's true: Bruce Lee was the big inspiration for me," the Black Belt Hall of Fame member says. “I just thought he was awesome."

After she saw Lee in action, Sheperd made a beeline for the local karate school, which happened to specialize in shotokan. “I took a class and really liked it," she says. “It felt natural. The moves were easy for me. I knew it was something I was going to enjoy." She was hooked after the first lesson.

“In junior and senior high school, I was a gymnast," she continues. “That's why I liked the freedom of movement of the martial arts. Karate is a sport where you're on your own, using just your body, making it move in a disciplined way — which is what gymnastics is."

Then Bruce Lee's ride to superstardom accelerated, and his face was plastered all over magazines, movies and TV screens. “I went to see his movies, and I thought that was the most incredible thing ever," Sheperd remembers. “I wanted to do that, too!"

But shotokan is a far cry from jeet kune do, the style Lee created, you're probably saying to yourself. Well, Sheperd figured that out, too.

“I started to investigate different martial arts because I noticed the way Bruce Lee was moving was not quite like shotokan," she says between sips of iced tea. “Whereas shotokan taught me the basics of discipline, punching and kicking, it was very regimented. I felt limited in my movement. When I saw Bruce Lee, I saw this free-flowing, gymnastic-looking art with interesting kicks and movements."

So she switched to kajukenbo, a hybrid style that combines karate, jujitsu, judo, kenpo and Chinese boxing. “I got the best of all worlds and the freedom to create movements," she says. “That's when I really got interested in kata competition; it was an overflow from being a gymnast. I loved training for it, doing it — everything about it. Competition was very exciting and a lot of fun. It gave me something to live for — a goal. From there, I kept on training, and it became a lifestyle."

There were a few other young students in Sheperd's class, but she was the only girl. That didn't bother her much. “I didn't expect to be treated differently," she says. “It was physically hard at times, but I enjoyed it.

“Some of my friends thought it was cool, but they didn't really understand. They would look at me when I would say, 'I learned this new jump-spinning crescent kick,' but it was a whole different language. They didn't know what I was talking about. Nobody understands unless they've done it.

“It's like anything you choose to do in life. You find people who think you're whacked out of your mind, and you find people who relate because they also have an interest. Those are the people you end up hanging out with."

I hand Sheperd back some old photos of her taken in the 1970s and '80s — when she won most every competition she entered. As she sticks them into a folder, the rubber band she tries to stretch around it busts and goes flying. Naturally, it lands right in my iced tea. Plop. She smiles and orders me a replacement with nary a pause in her word flow.

“I never worried about people who didn't understand, but I was very patient with them," she says. “One person who didn't understand was my father. He thought it was another fad I was going through. [He probably thought,] 'Last week it was gymnastics, and next week it'll be ballet lessons or something.'

“He never thought I'd stick it out, but I knew I would. After I won my first national title — No. 1 female black-belt kata competitor in the United States — my dad sent me a letter to say he now realized this was not a fad and he was very proud of me. Eventually, he realized it meant a lot to me, and he warmed up to it."

The takeaway from Karen Sheperd's story is obvious: Try not to force your interest in martial arts on people who don't understand. “You don't have to try to convince them," she says. “What really matters is what you do. It's not what other people think; it's what you think about yourself."

That's what martial arts training is all about, she says. “The main thing it offers is focus and discipline. It offers young people something to concentrate on that's good, something that can help you develop mentally, spiritually and physically. Besides teaching you how to defend yourself if you have to, it teaches you how not to fight, how not to do the wrong thing. If you have the right teacher and school, the martial arts can offer you direction and discipline for the rest of your life."

Without the martial arts, Karen Sheperd says she might have become a figure skater. “In my next life — if we have another life — that's where you'll find me: hopefully, in the Olympics," she says.

Karen Sheperd's movie career began in 1980 when she got a call from martial arts legend Tadashi Yamashita. He wanted her to come to Japan and appear in a movie called The Shinobi Ninja.

“I thought it was a great honor to be asked," she says. “So I said, 'Of course.' I loved every minute of it, and I knew [acting] was what I wanted to do."

In addition to shotokan and kajukenbo, Sheperd studied taekwondo, jujitsu and a few other styles, then blended them for the silver screen. “Now my style is 'film-fighting' style," she says. “It's whatever I need to use for whatever job I'm doing."

If you want to see more of Sheperd's film-fighting, track down her movies on cable or Netflix. They include Mission of Justice with Brigitte Nielsen, Eliminator Woman with Jerry Trimble, Cyborg 2 with Jack Palance, Righting Wrongs with Cynthia Rothrock, For Life or Death with Richard Norton and Firestorm with John Savage.

One of the best places to see Sheperd in action is in reruns of the now-defunct TV series Hercules: The Legendary Journeys. Her superhuman character was introduced in an episode called “The Enforcer" in 1996. She used her unique fighting style to beat the tar out of a few dozen unlucky humans.

Because of the popularity of her character, the producers of Hercules brought her back later the same year in an episode titled “Not Fade Away." She waged war with none other than Cynthia Rothrock.

Though he won't be participating in this weekend's UFC lightweight championship fight, Conor McGregor is now number one in another type of competition, garnering the top spot on Forbes' list of the world's highest paid athletes. According to Forbes, McGregor earned $180 million between May 1, 2020 and May 1, 2021 landing him ahead of athletes like soccer stars Lionel Messi ($130 million), Cristiano Ronaldo ($120 million) and NFL quarterback Dak Prescott ($107.5 million).

The vast majority of McGregor's income came from the sale of his whiskey company, Proper No. Twelve, for $150 million. Along with various endorsement deals which brought his out of competition total income to $158 million, it made McGregor one of only four athletes in history to have earned more than $70 million off the field while still actively competing. McGregor also raked in $22 million for his sole fight of the past year, a knockout loss to Dustin Poirier in January.

Most “Experts” are Wrong about Surviving this One: Gun Retention