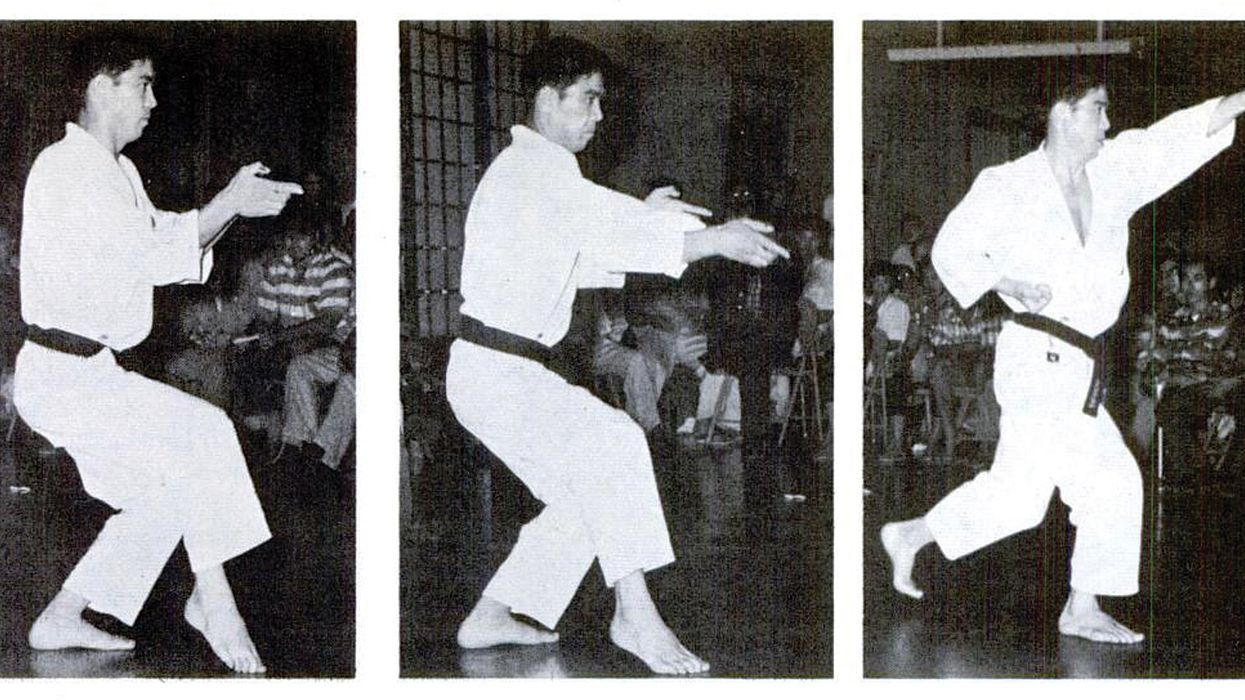 Stories of Hirokazu Kanazawa are a soundtrack of post-training bull sessions. Kanazawa, who won the first All Japan Karate Championship in 1957 — with a broken wrist. (When his mother heard he was dropping out of the competition because of the injury, incurred only days before the event, she asked him why he couldn't win with the other hand and with his kicks, compelling him to stay in. Moms then, and Japanese moms in particular, were a little different.)

Kanazawa who, along with his roommate Takayuki Mikami, was one of the first graduates of the Japan Karate Association's instructor-training program, where his skills were polished by Masatoshi Nakayama, Hidetaka Nishiyama, Teruyuki Okazaki and other members of the JKA whose names are still spoken with reverence.

Kanazawa, who established the United Kingdom and Germany as centers of karate excellence in the West, who was forced to leave the JKA — or who voluntarily left, according to whom you believe — and who founded almost single-handedly an organization that remains among the strongest karate groups in the world.

Clearly, there are lots of stories, some of which are less well-known. Like Kanazawa's repeated sojourns to Okinawa for serious, long-term study of its karate — which flew in the face of a JKA that's always been arrogant and provincial in its refusal to consider such cross-training.

Like his embrace of tai chi, which he credited with improving everything about his budo and which doubtless did much for the synergy of his art, giving it the suppleness and flow that are missing in most iterations of JKA karate today — which explains the comment about his karate being the poetry of the art.

And there are lots of examples of his extraordinary character. One of the least-known is his inspiring humility, his genuine lack of pretension. He always insisted on demystifying the whole "master" nonsense.

Some years ago, Kanazawa visited the offices of Black Belt. He posed for hundreds of photos, performing over and over again the kata known as jion, which were to be used to illustrate an article about him. Over lunch, he answered the editors' questions graciously.

One editor asked, "What is your definition of a sensei?"

Kanazawa smiled. He turned toward one of the two students who had accompanied him, both Japanese, and he spoke in that language.

"Best thing that could happen for American karateka to do is to quit using 'sensei' at all and just start calling us kusobera-san." A visitor who was at the table laughed, prompting Kanazawa to ask, "Did you understand what I said?"

The visitor did. Instead of using paper, Japanese toilets in the feudal era had smooth sticks for cleaning oneself. Kusobera translated as "poop stick."

What Kanazawa meant, he went on to explain, was that students should forget about the "sensei/master" mystique and recognize that teachers are tools, humble tools, meant for improving the lives of their students. They should be treated with respect but not as objects of near-worshipful devotion.

Kanazawa's tens of thousands of students and readers — he wrote several texts on karate — might find it odd that a poop stick would figure in his obituary. Hirokazu Kanazawa, however, the man, the karate sensei, the subject of all those stories, might have found it satisfying.