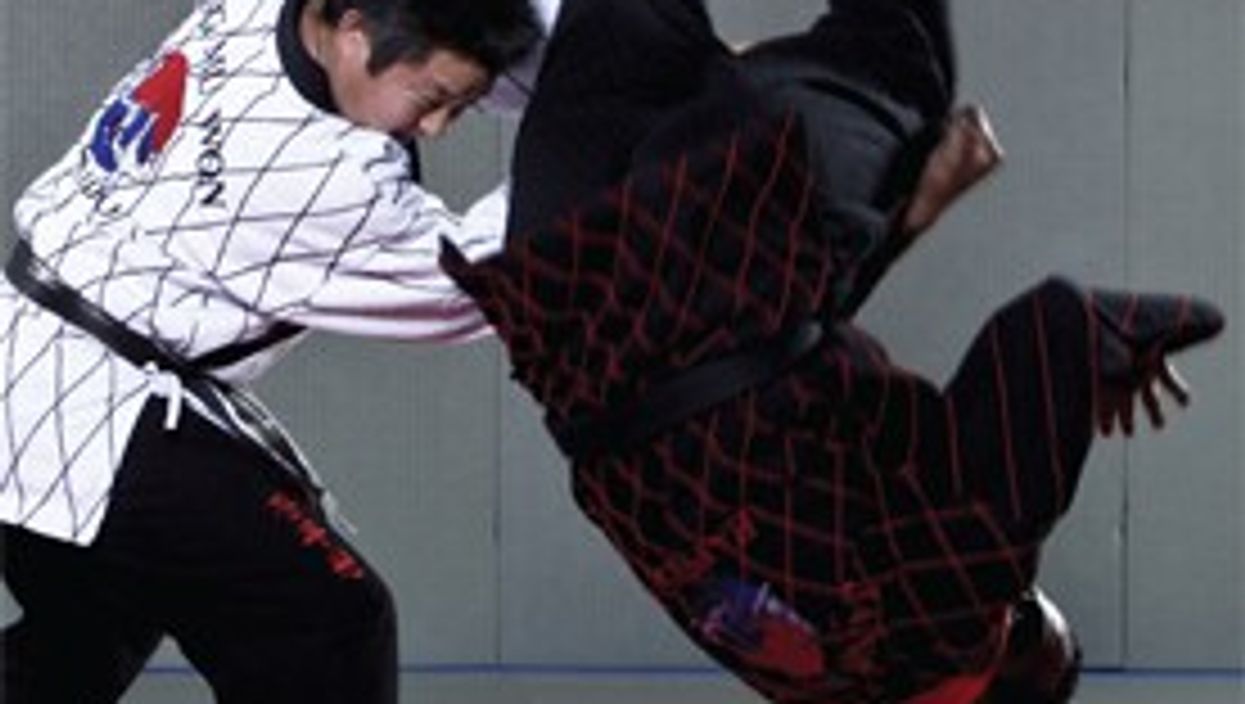 The roundhouse kick is one of the pillars of the martial arts. What if you find one flying at you? Han Woong Kim, son of hapkido luminary Chong S. Kim, shows you a series of effective counterattacks in these exclusive videos!

The roundhouse kick is one of the pillars of the martial arts. New students generally learn to execute it within their first month of lessons. "Everyone who knows martial arts and even many who have never trained can do it because it's so natural and instinctive," says Han Woong Kim, a sixth-degree black belt in Jang Mu Won hapkido, the version of the Korean art that was founded by his father, Black Belt Hall of Famer Chong S. Kim. "Because it's so common, it's a very important kick to know how to defend against, whether you're training for tournaments or self-defense." The hallmark of the roundhouse kick is versatility. Don't believe it? Name another kick that can function at long range (by striking with the instep or the ball of the foot), at medium range (by striking with the lower shin) and at close range (by striking with the upper shin). That's great for offense, but it makes defense difficult.

Your opponent launches his kick from long-range distance. Chances are it will target your upper body or head. You move or lean backward to avoid the impact, then watch the foot sail past you. “Just let his energy go right by," hapkido techniques master Han Woong Kim says. “You can help it along by using your lead hand to push his leg a little. The strategy is to take his energy and use it to off-balance him."

Having missed his target, the attacker will eventually put his foot back on the ground, probably after it's swung past your body. That means his back will be turned slightly toward you. “Now you move forward to close the gap and sweep his right leg with your right leg," Han Woong Kim says. “At the same time, use your right arm to push against his right shoulder to 'help' him down."

Of course the fall might incapacitate the assailant, but you shouldn't count on that. Therefore, Han Woong Kim recommends following the attacker down so you can control him using hapkido techniques.

The natural follow-up is to maneuver his arm, which you've probably been holding since the sweep, into an armbar using your knee as the fulcrum.

“If he just lies there, you can break the arm," Han Woong Kim says. “If he raises his upper body to escape when you apply pressure on his elbow, that's when you can 'help' him up by lifting his shoulder and then turn him around and put him on the ground facedown. Drop your right knee on his shoulder while using your arms to lift the trapped arm to control him or break it."

Robert W. Young is the editor-in-chief of Black Belt magazine.