Most “Experts” are Wrong about Surviving this One: Gun Retention 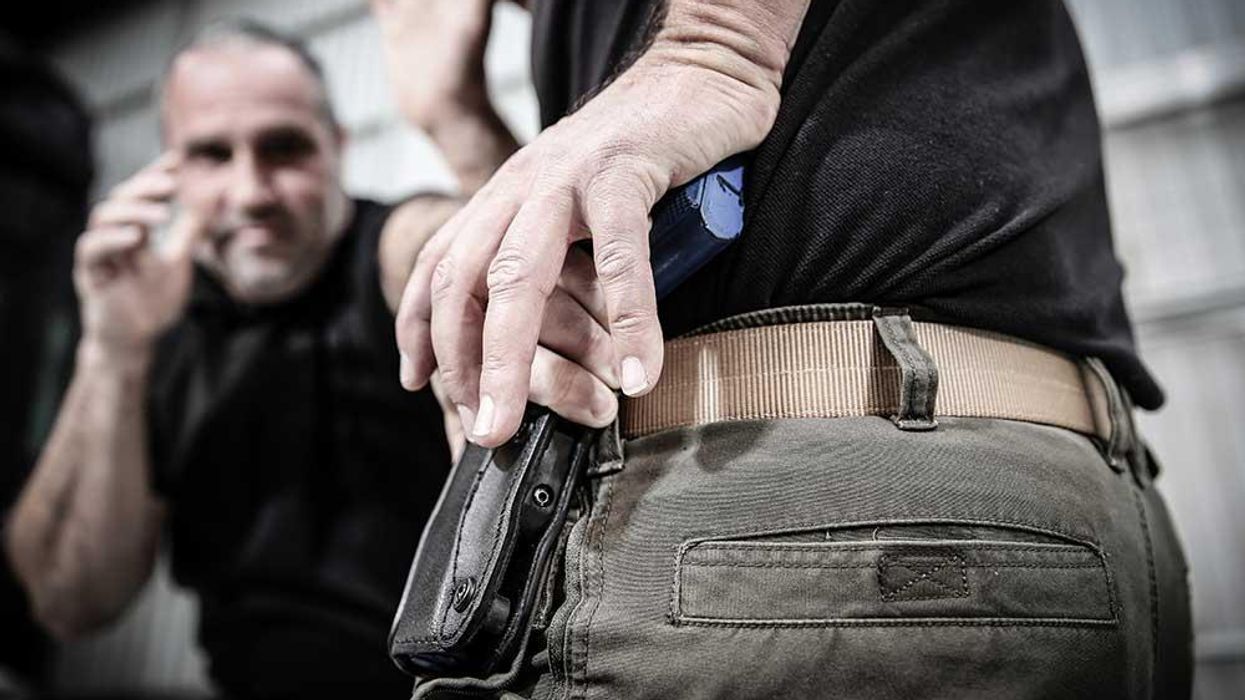 Almost every police academy in the world teaches the same techniques when it comes to gun retention. "What is gun retention?" you ask. Not everybody knows.

Gun retention is what a police officer must do to keep his or her pistol from being taken from the holster by a suspect, and then shot with it during hand-to-hand combat. Tragically, it happens all too often.

The very first technique taught to a police recruit to retain his or her pistol is to apply downward pressure on the suspect's hand, or hands, which is gripping the pistol grip, because the pistol must be pulled upward to clear the holster. However, it's the following techniques that are taught that I believe most "experts" are wrong, which could actually get a police officer killed on duty. And, by "experts" I mean defensive tactics instructors (the law enforcement equivalent of civilian martial arts instructors).

After having the police recruit apply downward pressure on the suspect's hand, or hands, with the primary hand (the "gun hand"), which is correct, the next technique taught is for the recruit to rotate his or her entire body toward the weapon side (the side the holster is on) and to knock the suspect's hand, or hands, away from the gun with a forearm or elbow strike (like a block, but only harder). Well, that may work with a huge police officer against a smaller or weaker person, but image it the other way around with a small police officer against a larger, stronger, more powerful attacker. It only takes a second or two to disarm a police officer of his or her weapon. What if the blocking-type strike doesn't work? Then what?

The woman in this photo is a U.S. federal agent who hired me for several private lessons to teach her how to survive a sudden attack at close range. She felt that the little training she had received from her agency was woefully inadequate. The attacker (an assistant instructor) tries to disarm her of her training pistol. She applies downward pressure and turns to face the attacker. FRONT TOWARD ENEMY. It's okay to strike the attacker with the elbow, but what about if it doesn't work?

But I'm not a police officer. So, who cares? Many of you reading this are probably thinking right about now, but you only got this far because you found the topic interesting. Well, hang on a moment, because this gun disarm attack on law enforcement officers contains a valuable lesson for civilian self-defense as well, and I'll get to the point after I explain what a police officer ought to do when a suspect is just about to yank the pistol from the officer's holster. First, let me ask you a question to see what you would do in the same situation.

What level of force is the suspect using against the police officer when attempting to disarm him or her of the firearm?

The answer is C) Deadly force. Whenever a person is in the process of disarming a police officer of any weapon the officer carries, the appropriate response is to stop it from happing is by using deadly force, also called lethal force. After all, that is the level of force that the attacker is using by trying to seize the officer's weapon. A police officer that gets pepper sprayed in the eyes can be blinded and killed. An officer who gets shot with a Taser can be killed. An officer that gets hit with his or her own baton can be killed, and a police officer who loses his or her firearm is going to get shot with it. A police officer cannot afford to lose a fight of any kind, ever. Therefore, police recruits who are taught only to strike the suspect's hand, or hands, that are on the officer's gun is not the appropriate level of force to use, which is impact force. It is a lower level on the legal use-of-force continuum than what the attacker is using. So, what do I teach my law enforcement students for this exact same situation? I teach them the following, and in this order:

1. Apply downward pressure on the firearm that the suspect is trying to take out of the holster. As long as it is in the holster it cannot be fired, but time is not on your side.

2. Rotate the entire body toward the attacker, FRONT TOWARD ENEMY. However, don't waste a single moment by trying to knock the suspect's hand, or hands, away. A punch to the face might work, but what about if it doesn't? A second was just lost, which is enough time for the pistol to be yanked out of the holster. Plus, a punch, which is impact force, is less force than what the attacker is using.

3. With the secondary hand (the free hand) shove the fingers or thumb into the attacker's eye or eyes. I don't care how big and bad the attacker is, once a finger goes into the eye socket to the first knuckle or second knuckle, the attacker will stop the attempt to disarm the police officer of his or her gun.

Knowing that she is no match for the attacker, and knowing she cannot hang onto her weapon, the U.S. federal agent immediately shoves her fingers into the attacker's eyes. This is why the assistant instructor is wearing wraparound safety glasses, and even then, he instinctively releases the pistol that he is trying to rip from her holster to shoot her with.

When I teach these three techniques to police officers or to military police soldiers, and I have taught thousands over the decades, they are somewhat shocked at first. When they first see me demonstrate my way, they believe it to be "excessive force" at first, and compared to the risky, often times ineffective, techniques they learn in the police academy it would seem that way. However, when I grab the smallest person in the class, and pit him or her up against the fiercest person in the class who has no trouble disarming the smaller student, then going for the eyes makes perfect sense. It's already a deadly force situation, so why waste time with blocks or punches when targeting the eyes immediately can also end the attack immediately. If someone is trying to seriously injure or kill the police officer, then how can responding with deadly force be "too extreme," "too brutal," or "unreasonable?" It's not. It's what it takes to survive. Now, am I saying to target the eyes in every situation? But, if there is any doubt that the police officer will lose his or her pistol in a struggle, then the eye shot is the quickest, most lethal option, that takes no strength to accomplish. The consequence of not doing it can be fatal – for the police officer.

The takeaway lesson here for those of you who are never going to be in a gun retention situation is to apply the same principle for situations where you don't have the strength or time to stop a deadly attack by any means other than to use deadly force, and the eyes are your available target.

In my Women's Survival course, I teach my female students that they are unlikely to survive a brutal criminal attack using punches or kicks, because these guys can take a lot of punishment. However, even the toughest of them cannot withstand pokes, scrapes, or gouges to the eyes. In my Children's Survival course, a child's only possible escape from a sexual predator may be an eye poke (empty hand or with an object), for no other technique could disable an adult. Imagine an eight-year-old boy or girl. They're not going to stop an adult with punches or kicks, but a sudden pencil in the eye is a different story.

Yes, I know, the thought of all this is gross. Nobody wants to "pop the grapes," but this is why you must mentally prepare for it beforehand. As I always tell my students, "Self-defense is 90% mental, and 10% physical." Sticking a finger in an eye is physically easy, but the hardest part is thinking of actually doing it, especially in a self-defense situation.

The way you condition yourself to target the eyes, mentally and physically, is during training while imagining eyes on a focus glove or on the punching bag that you are striking. Better yet, using a Body Opponent Bag (B.O.B.) by Century Martial Arts leaves nothing to the imagination, because he has "eyes."

In Prague, Czech Republic I am demonstrating how to use the Body Opponent Bag (B.O.B.) to target the eyes for reality-based training.