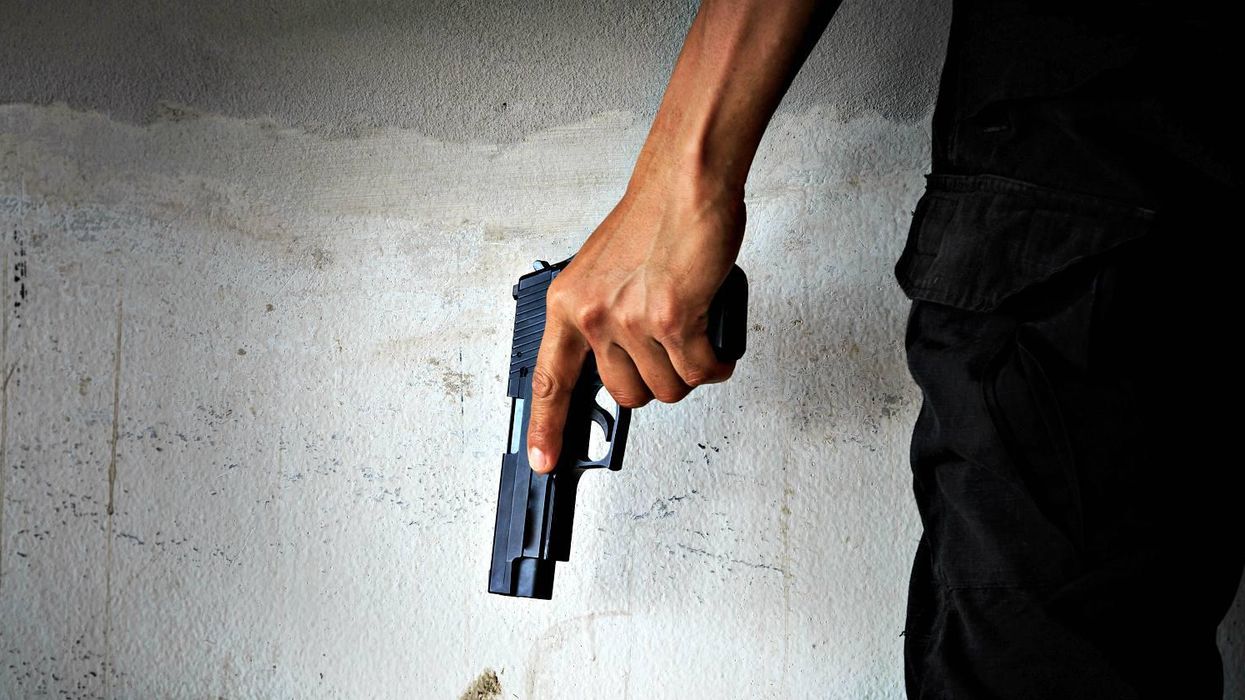 A government can make all the gun laws they'd like, but criminals will always be able to get their hands on a gun.

Hello! It's called the black market, and criminals are notorious for not obeying the laws of the land.

When I teach self-defense courses to Americans, and I ask the question, "How many of you own guns?" Just under half the hands go up. If it's my Women's Survival course that I'm teaching, then only a few hands are raised. If I am teaching in France, England, or other places in Europe, and I ask my students, "How many of you have shot a real gun before?" and forget asking any of them if they own one, virtually no hands are raised. It's not surprising, because these countries are not "gun cultures." Yet, gun culture or no gun culture, man or woman, Europe or America, there are still going to be crimes committed at gunpoint and shootings.

I'm bringing up this issue, because firearms training should be a part of your self-defense training, whether you like guns or not. Why? Here are the reasons:

1. If a criminal points a firearm at you at point blank range (within touching distance of the weapon) you must know how to disarm him, should the opportunity present itself and it's a viable option. That requires knowing how the weapon functions, because if you put your hand in front of the muzzle, you could lose half your hand if the weapon is fired during the struggle to take it. Yeah, the bullet is going to do a lot of damage, but the gas at that distance is going to be worse. Plus, when that bullet was fired during the struggle, and it was from a semi-automatic pistol, and you and the bad guy still trying to rip the weapon from each other's hands, there is no cartridge in the chamber. That's your cue to forget the firearm and immediately go for the eyes before he realizes the same thing.

Two of my Dutch students in my Crime Survival course fight for the same gun (a rubber training gun), and that's not real blood but it's stage blood from a previous knife training exercise. Almost every martial arts school teaches gun disarms (touching distance).

2. If you manage to get the firearm away from the criminal, he may want it back. Therefore, you're going to want to shoot him with it before he tries to take it. If it does not go off, then you'll want to use it as an impact weapon. However, if there are innocent people around, and you use the firearm as a club, then that too has inherent risks. Do you know the backdrop? Do you know if the magazine is fully inserted? Do you know how to index? Et cetera…

The student on the left, during my Terrorism Survival course in Surrey, Canada is out-of-reach distance from the gun (Airsoft guns in this case), and there are two gunmen. Therefore, battlefield survival tactics is the only alternative.

3. The criminal may ditch the weapon while fleeing from the crime scene. If the firearm can be picked up by a curious child, for example, it would behoove you to know how to properly render it safe so nobody gets hurt. Even if you decide to hang onto the firearm until the police arrive, for your safety and others, you better know how to preserve the evidence that is on the weapon (fingerprints, palm print, blood splatter, etc.). If you don't, you're going to have an irritated police officer at best, and at worse your mishandling of the weapon could end up setting a guilty criminal free.

This private security officer learned from me how to move a firearm to keep it out of the wrong hands until the police arrive. If you do have to move a pistol, always pick it up by the trigger guard, and that's because it is the center of gravity for the firearm, this part is so thin there will be no useable fingerprints on it, and you will not disturb any evidence.

4. If you are being shot at, and you are not within disarming reach, you need to know about ballistics, sight picture, the time it takes to acquire a stationary or moving target, how many seconds to reload the firearm, and other pertinent details.

The point is that any weapon criminals may use to attack their victims, you should know how to use them and defend against them. Most martial arts instructors can teach you how to disarm a gun, within touching distance, by using a plastic, rubber, or wooden training gun. The general rule is IF YOU CAN TOUCH THE GUN, YOU CAN TAKE THE GUN. However, for out-of-reach-distance gun attacks it's best to go to a current or former Soldier or Marine trained for combat or military police. They will teach you how hit the deck, cover and concealment, movement from cover to cover, and other life-saving techniques and tactics.

The final step is to learn how to shoot, and even in countries with heavy gun restrictions, you can go to shooting clubs or gun ranges where you can pay for some gun safety courses and shooting lessons.

This is a security team I trained last week in Southern California. This is their 14th lesson. All but one had never been trained in firearm tactics before. Now all of them are safe and highly proficient in marksmanship and tactics.

Do you have to become an "expert" with firearms just to know how to safely handle one or use one in a self-defense situation? It would be nice, but no. However, you must train with them on a regular basis. Just paying attention to the daily headlines tells you what you should be focusing on.