Can Coffee Help Your Jiu-Jitsu? 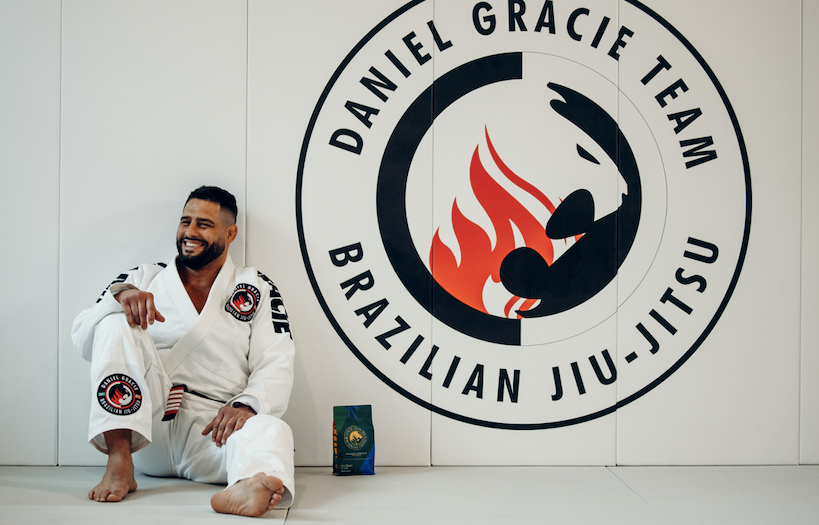 When you think of the name Gracie, likely the most famous family in martial arts, you probably don't also think of coffee, but that may be changing.

When you think of the name Gracie, likely the most famous family in martial arts, you probably don't also think of coffee, but that may be changing. Bean2Bean coffee company based in Philadelphia, Pennsylvania recently put the finishing touches on their newest product: Gracie Grounds.

The same family name that has become synonymous with armbars, triangles, and chokes may soon similarly be equated with your morning cup of rich-flavored liquid energy used to start your day of training.

So why Gracie coffee? Who is Bean2Bean? Will this help my Jiu-Jitsu? For the answers to these questions and more, read on.

Bean2Bean is a family business that was started by Obel Hernandez Sr. in 2013. Recently, I spoke to Obel Hernandez Jr. Vice President of Strategic Partnerships, and Olivia DiToro Director of Media to find out the answers to all of the above questions.

There are many coffee companies. Aren't they all the same? Not really. Bean2Bean has a unique edge, aside from the Gracies, in the form of their founder, Obel Hernandez Sr. When it comes to coffee, Obel Sr. literally sets the bar for just about everyone else. Obel Jr. explains, "He's certified by the New York Stock Exchange (NYSE) to grade coffee. He's one of forty people in the world that have that licensing and the only one in the state of Pennsylvania."

What is grading coffee? It is what it sounds like, Obel Jr. instructs, "People send him (Obel Sr.) coffee, to his division, which is called ICE, Intercontinental Exchange, and get it graded. These people have bought coffee in the futures market, or have coffee they are sitting on, and it is sent to his department to be approved or fail. If it is approved, they can command market value or higher for it. If not, they can't." He breaks it down further, "It's kind of like a Beckett's grading system. They look at the beans before they're roasted, in the green state, for any defects. If there are more than eight defects, it's kicked out."

Having such an authority in-house is great for Bean2Bean. Olivia DiToro expounds, "Our quality of beans is so much higher because we have not only someone that cares and understands the quality of the beans, but also is certified to do so professionally for the entire world."

The coffee/Jiu-Jitsu connection makes a lot of sense once you realize that Brazil exports more coffee than any other country. With Brazilian Jiu-Jitsu having flourished and become a popular martial art in America, now is the time, and the next logical step, for the Gracies to make famous another Brazilian export. DiToro tells, "People are loving Brazilian Jiu-Jitsu, and so they're thrilled and excited to be able to bring coffee into the mix and share that part of Brazilian culture with America as well."

Having the name Gracie on a bag of coffee is not just a branding exercise. A great deal of thought and effort has gone into making the product the best it can be and representative of Brazil and their most famous family. Obel Jr. laid out the process, "We had a sit-down with Daniel (Gracie). Kind of introduced ourselves so he could learn who we are as a business and a family and learn about him and Jiu-Jitsu and the Gracies, where they came from in Brazil. With that knowledge, my dad thought that he wanted to do a blend of natural Brazilian coffee and washed Brazilian coffee." Additionally, Obel Jr. clarified that the Gracie Grounds are a single-origin coffee, meaning, "All of the coffee in the bag comes from one country."

While Bean2Bean has partnered with other organizations from time to time, Gracie Grounds will be around for a while, DiToro affirms, "This project has meant a lot to us, so we will keep it around for the foreseeable future."

So, will coffee improve your Jiu-Jitsu? I'm not sure. However, if the Gracies are drinking it, I would definitely give it a try.

Product Description: Jiu-Jitsu and coffee go hand-in-hand when it comes to Brazilian culture. Two of the most influential exports of the country come together as one in this collaborative roast. We've partnered with Daniel Gracie and the Gracie Family Academies to share Brazilian culture with you.

Buy Now
From Your Site Articles
Related Articles Around the Web