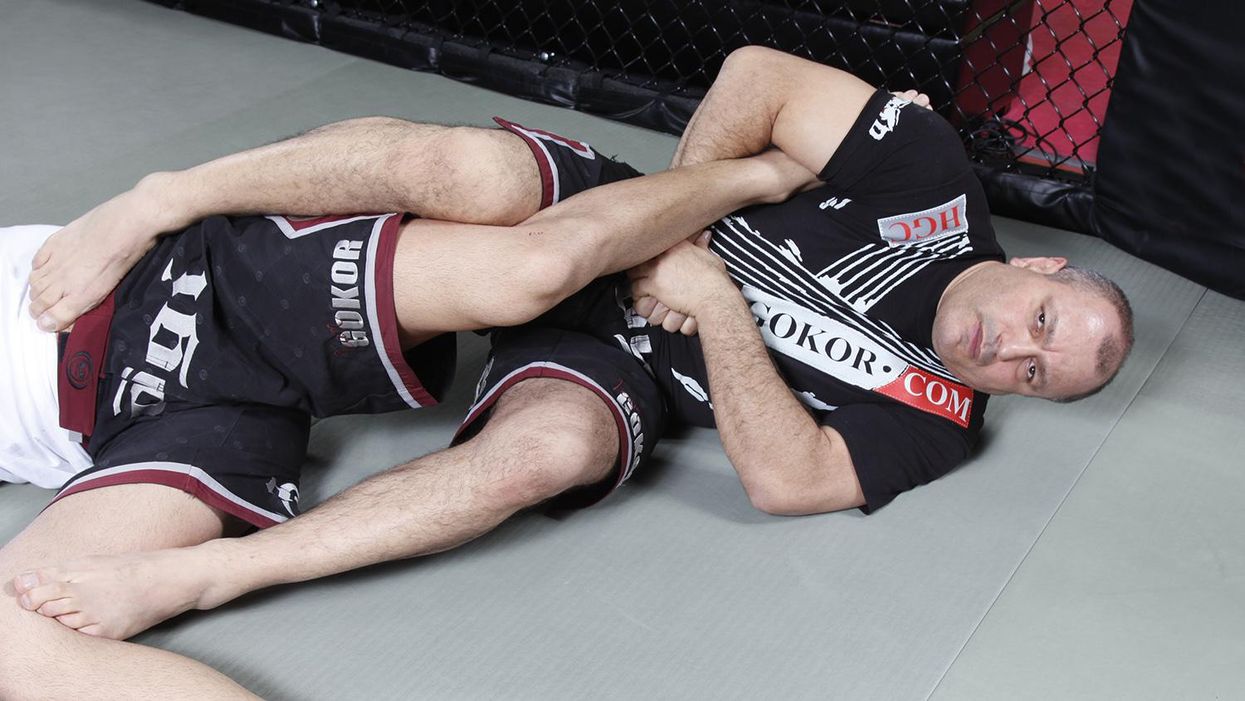 If you don't know Gokor Chivichyan, you're not really into grappling.

Disagree all you want, but you can't dispute the fact that Gokor Chivichyan is the go-to guy for submissions techniques, especially leg locks. He was inducted into the Black Belt Hall of Fame in 1997 as Judo Instructor of the Year, but his curriculum vitae extends so far beyond that art.

In addition to his ninth-degree black belt in judo, he holds a sixth degree in sambo and a sixth degree in jujitsu. Long before he earned them, he entered his first competition — and went home victorious. That was in 1971, and he hasn't stopped winning since. The Armenian expatriate now oversees 27 affiliate schools in the United States and 43 in Europe, and organizes 10 Hayastan Grappling Challenge tournaments a year in the United States and seven in Europe.

Russia, of course, is the birthplace of sambo. Its name is actually an acronym derived from SAMozashchita Bez Oruzhiya (roughly, “fighting without a weapon"), the moniker given to the Russian military fighting system.

“In combat sambo, you can do what you want; you can attack with a knife or anything," Gokor Chivichyan says. “It's not so much geared toward mixed martial arts fighting as it is toward blocking, twisting and takedowns — stuff that's more like Japanese jujitsu."

Years after combat sambo was rolled out in the Russian military, it spawned a sport. “I think sport sambo is more effective; it's like grappling," he says. “It has a very big name in Russia. It's spreading around the world now. It's in Japan and most other countries, including the United States."

Now that MMA is established in the martial arts world, sport sambo is enjoying its 15 minutes of fame. And for good reason. “In sambo, you plan a lot of combinations so that if one doesn't go, you have another 20 ready," Gokor Chivichyan says. “You don't punch somebody and wait to see what happens. You choose a combination based on the opening you see." If the first move or two don't take, you have 18 more on deck.

Although it's not the most comprehensive system under the sun, sport sambo shouldn't be described as merely Russian judo or Russian jujitsu. “Sambo has leg locks, but judo doesn't allow them," Gokor Chivichyan says. “Judo allows chokes, but sambo doesn't. Sambo rules look more like wrestling rules: Pin your opponent on his back and get one point, and so on. Of course, you can finish him with an armbar or leg lock and make him tap.

“In sport sambo, we don't do twisting leg locks. Straight leg locks and the kneebar are OK, though. The twisting leg locks and everything else you see my guys do come from the Hayastan Fighting System, which Gene LeBell and I created. You can't use them in sambo or Brazilian jiu-jitsu tournaments because the people who organize those events want to avoid joint damage."

It's not that the leg locks are inherently wicked, Chivichyan explains. “The damage occurs because few people know how to escape from the submission techniques. Injury comes from being stubborn — stubbornly trying the wrong escape or stubbornly not tapping. That gives our system a bad reputation because they think that twisting is intended to create more damage."

Sport-sambo stylists are by no means limited to straight leg locks. “Sambo has a lot of them — if you train in sambo, you know it's a leg-lock world," Chivichyan says. “But we also do upper body. To get the advantage, we go to our opponent's weakness. If you and I fight and I know you're well-versed in armbars, chokes and controls, I'll go to your weakness, which is your legs. It allows for faster finishes."

Sambo practitioners are also skilled at takedowns, he adds. “In [Brazilian] jiu-jitsu, which is a very beautiful sport, they have no takedowns. People throw themselves down without any reason because they want you to fight them on the ground. That happened a lot in MMA, but now when they lie on their backs, they get beat up from the top with punches and elbows. That can happen whenever you drop yourself, which is why we teach students the best ways to take an opponent down and control him."

No matter which submission technique or tactic you're using, speed is of the essence, Gokor Chivichyan says. When two professional fighters meet in the ring, things unfold quickly. On the street, however, it's even faster. “Most of the time in street fights, people don't know what they're doing," he says. “They just hit each other wherever they can. You don't have time to waste. Either way, it's very important to be fast."