Gokor Chivichyan Grappling Video: How to Execute a Takedown and Heel Hook 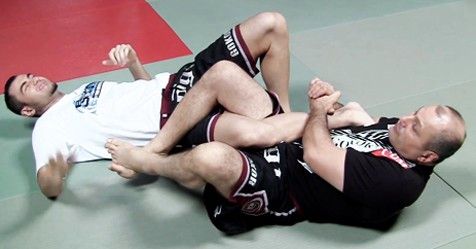 In this exclusive NEW video, the grappling, judo and MMA-training legend shows you how to take your opponent to the ground and stop him in his tracks!

If you're into real grappling techniques, only a few names should come to mind — and one of them should definitely be Gokor Chivichyan. Gokor Chivichyan — who was inducted into the 1997 Black Belt Hall of Fame as the Judo Instructor of the Year — is an iron-clad resource for submissions techniques ... leg locks in particular. Gokor Chivichyan's curriculum vitae, however, extends far beyond just judo. In addition to his ninth-degree black belt in the Japanese martial art, Gokor Chivichyan holds a sixth degree in sambo as well as a sixth degree in jujitsu. Prior to earning those those black belts, Gokor Chivichyan entered — and emerged victorious from — his first competition in 1971. Since then, he really hasn't stopped winning. This icon in the Armenian martial arts community now oversees nearly 30 affiliate schools in the United States and more than 40 across the Atlantic in Europe. In addition, he organizes 10 Hayastan Grappling Challenge tournaments a year in the United States, as well as another seven in Europe. In this exclusive video shot at the Hayastan MMA Academy in North Hollywood, California, Gokor Chivichyan demonstrates how to execute a takedown and heel hook.

Go inside the mind of a modern judo champion in this FREE download!
Ronda Rousey: An Exclusive Interview With the Gene LeBell Protégé, Olympic Judo Medalist and MMA Fighter

At a location tucked away in a nondescript industrial section of North Hollywood, CA, Gokor Chivichyan opened up the Hayastan MMA Academy in North Hollywood, CA, on March 7, 2010. Since then, the school has gained a reputation as one of the premier mixed-martial arts training centers in the state. Running the show at the Hayastan MMA Academy are Black Belt Hall of Fame members Gokor Chivichyan and “Judo" Gene LeBell.

They oversee a state-of-the-art 12,000-square-foot gym, the grand opening of which attracted such luminaries as Kathy Long, Richard Bustillo, Bas Rutten, Stephen Quadros and kickboxing legend Benny “The Jet" Urquidez.

Click here to go behind the scenes of the school's opening day in an exclusive video!

The Top 10 UFC Fighters to Never Win a Title: Part 1

The Battle of Atlanta: Results and Highlights