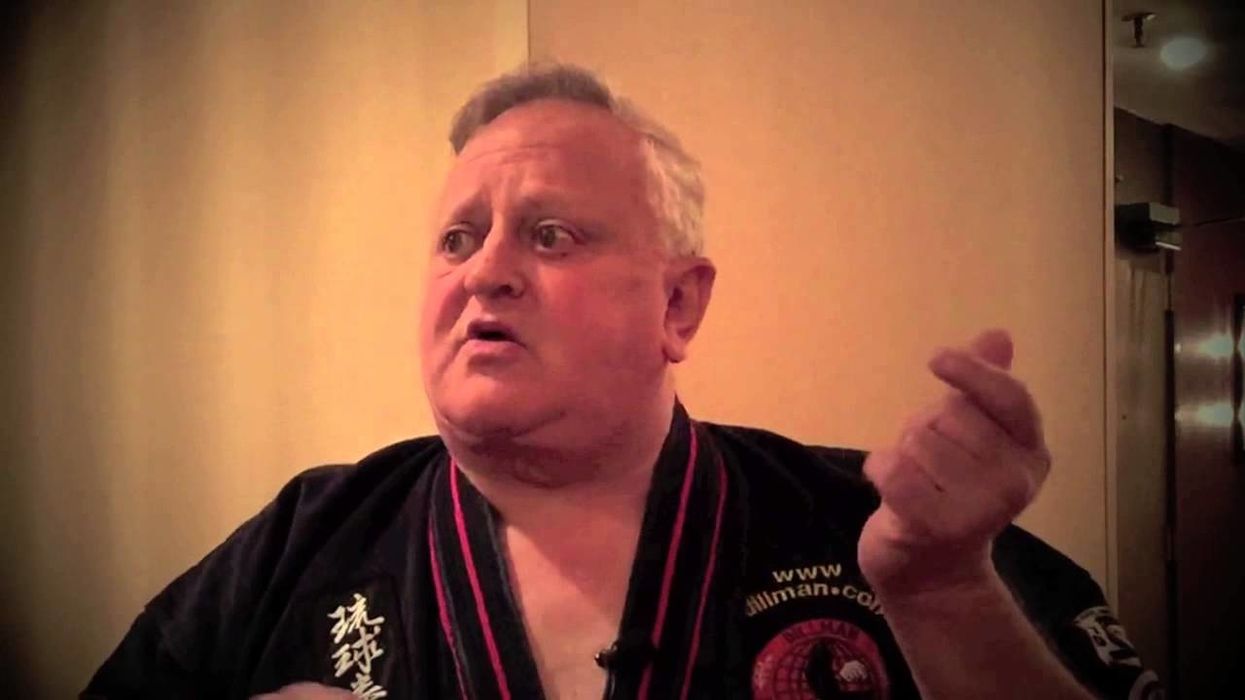 A former tournament standout, George Dillman first learned of the role pressure points play in self-defense from Hohan Soken. Subsequent training under Seiyu Oyata opened Dillman's eyes to the effectiveness of the art, which is known as kyusho-jitsu.

By anyone's standard, pressure-point expert George Dillman has an impressive martial arts résumé. As an instructor, he's made incredible strides in expanding his students' knowledge of pressure points. In his desire to make a mark on the martial arts world, he's succeeded in branding the community with an effective, and sometimes controversial, weapon that any martial artist can use.

Boxing to Karate George Dillman began practicing karate in 1961, and before that he boxed professionally. As an avid tournament competitor, he won 327 trophies between 1969 and 1972. And because he wanted to be a complete martial artist, he made sure his wins were distributed throughout all aspects of competition — sparring, forms, weapons and breaking. George Dillman has vigorously promoted karate before the public, primarily through impressive feats of breaking, and has been interviewed on television more than 35 times. His appearances include Real People, The Mike Douglas Show and NBC's Sports Machine. For 30 years, he ran a successful tournament called the Northeast Open Karate Championships. George Dillman has worked with a virtual who's who in the martial arts. His partners have included Muhammad Ali, to whom he taught karate, as well as Bruce Lee, Daniel Pai, Ed Parker, Richard Kim and Robert Trias.

Under Pressure Still, George Dillman wasn't satisfied. He wanted to make a genuine and lasting contribution to the martial arts, but he feared he didn't have anything special to contribute. Then in 1972, he encountered Hohan Soken and the art of kyusho-jitsu, or pressure-point fighting. Hohan Soken, an old-school karate master, had lived in Argentina for many years. Upon returning to Okinawa in the 1960s, he was appalled that karate had degraded into such a feeble sport. On a trip to the United States, Hohan Soken took action to ensure that the old ways were not lost. He demonstrated kyusho-jitsu to George Dillman and three other black belts. He also delivered to them a set of notes introducing the fundamental concepts of the art, telling them they needed this knowledge to become a true master. George Dillman was unable to master the information contained in the notes. As a result, they ended up in a drawer. But that encounter with Hohan Soken opened George Dillman's eyes to the fact that there were secrets of the martial arts that he had yet to learn. “I had always thought I knew everything," George Dillman says. “But after that meeting with Soken, I realized I had a long way to go."

As George Dillman watched Wally Jay teaching the small-circle method, he began to wonder if that same concept might put just the right torque on a pressure point to do the job. Grabbing a student, George Dillman went into the office and tested his idea. The result was his first successful pressure-point knockout.

From that moment on, George Dillman's skill and ability grew. He received a seventh-degree black belt from Seiyu Oyata, and he worked to blend the small-circle concept into his art. He found that the methods of modern arnis, as taught by Remy Presas, fit in, as well.

As George Dillman's knowledge increased, Wally Jay encouraged him to share it openly and produce instructional videos. George Dillman was initially reluctant, but Wally Jay reminded him that “if you don't do it, someone else will." George Dillman soon became the chief apostle for the once-secret methods of pressure-point fighting.

For several decades now, George Dillman has traveled the world sharing his art. And just as his own kyusho-jitsu owes much to Wally Jay's small-circle method and Remy Presas' modern arnis, those two arts also have been strengthened by George Dillman's pressure points.

Likewise, practitioners of many diverse systems, from taekwondo to tai chi chuan and judo to kickboxing, have found that the inclusion of George Dillman's method has deepened their practice. And because of this — the fact that a knowledge of pressure points improves every art — George Dillman has not grown weary of the effort.

Today, George Dillman has become one of the most recognized and influential martial artists around. Although some call him controversial, those who train under him find themselves shaking their heads in amazement as they mutter, “I never learned any of this."

Because George Dillman and the members of Dillman Karate International freely exchange ideas, new techniques are continually being developed, and understanding is being deepened. The result is that more pressure-point knowledge is available today than at any other time in this century.

George Dillman continues to research kyusho-jitsu in an effort to understand it better. He's studied the human body extensively. He's become an avid reader of textbooks on Western and Eastern medicine, and he's participated in scientific studies on the effects of pressure-point techniques. To further his knowledge, he's constantly testing new concepts and refinements, and seeking out advanced practitioners of various arts to add to his own knowledge.

As much as he loves learning, what satisfies George Dillman most is the difference this knowledge is making in the martial arts world. Traditionalists have found a depth to their kata that they never knew existed. Advanced practitioners, who thought they'd passed their prime and had nothing more to learn, have found their horizons opening up again. Pressure-point knowledge, which was once a closely guarded secret, is now accessible to any serious student.

George Dillman always wanted to make a lasting contribution to the martial arts. There's no question that he's done just that. In honor of his accomplishments, he was inducted into the Black Belt Hall of Fame in 1997.