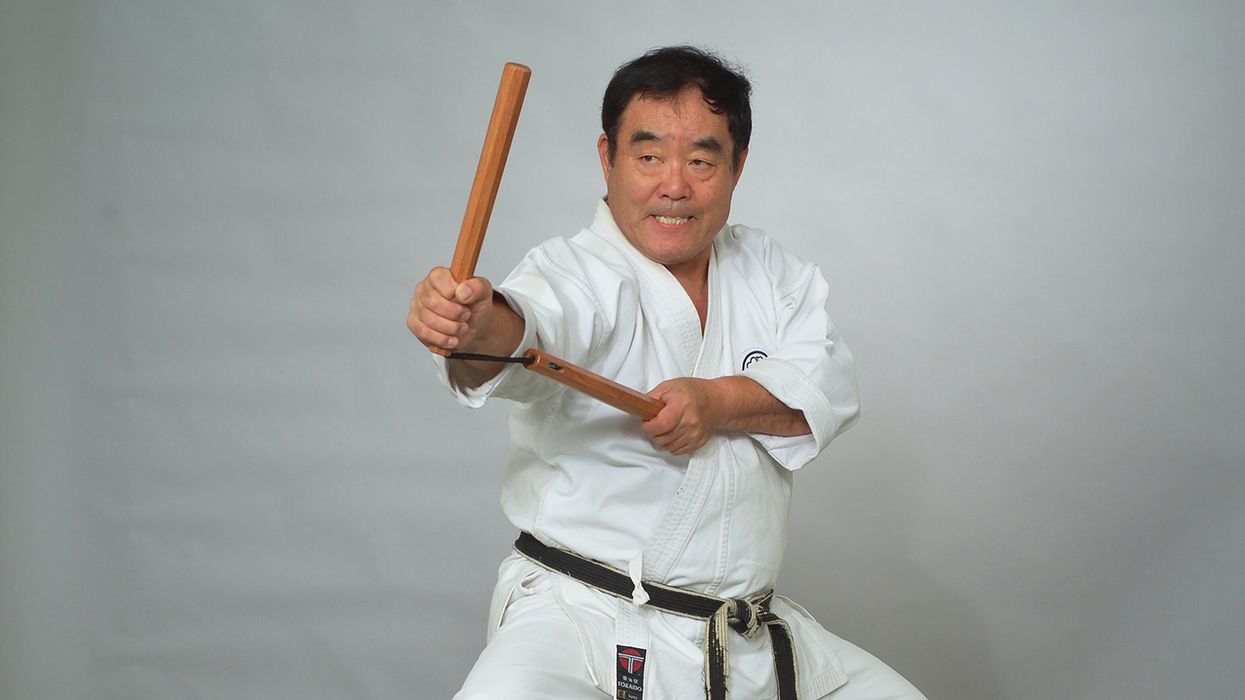 Read this short summary of martial arts leader Fumio Demura from his days in Japan to his time in California and even his stint on the silver screen.

It's easy for martial artists in 2019 to take for granted the diversity and racial equality we enjoy in the dojo. But it hasn't always been this way.

Things were very different in 1965, when a young karate and kobudo master named Fumio Demura decided to leave his home in Tokyo. He had just earned a degree in economics at the prestigious Nihon University and could have built a career in the Japanese business world. Instead, he chose a different path.

Fumio Demura elected to pack his bags and relocate to America, where he knew he would have to confront a formidable language barrier, as well as the culture shock that inevitably accompanies a move halfway around the world.

To better understand the determination this required, we must recall that Fumio Demura's move took place just 20 years after World War II ended — and he was relocating to the country that had defeated his country. It's not surprising — but it is easy to forget — that many Americans still harbored feelings of prejudice toward the Japanese.

Yet Fumio Demura persevered for one simple reason: He loved martial arts and wanted to spread all the benefits of martial arts training to the American public. We should feel fortunate that he did.

Fumio Demura found himself in California, where his only asset was his knowledge of karate, kobudo, kendo, judo and aikido. He also owned a string of tournament victories at the All-Japan Karate Freestyle Tournament, the East Japan Championship, the Shito-Ryu Annual Championship and other events, all of which added to his martial arts pedigree.

This education and experience ended up being just the thing American martial arts students appreciated in a teacher.

Fumio Demura quickly built a name for himself as a master of shito-ryu karate and kobudo weapons. He appeared on his first Black Belt cover in 1967. His second cover came in 1969, the same year he was inducted into the Black Belt Hall of Fame.

Fumio Demura's covers proved so popular that a third was scheduled in 1972. That was followed by a second Black Belt Hall of Fame induction in 1975 and then a fourth cover in 1978. His fifth cover came in 1980, with his sixth hitting newsstands in 1982.

Throughout his career, Fumio Demura personally spread karate and kobudo to tens of thousands of students around the world — and to hundreds of thousands of others via his books and videos. Ironically, he also helped propagate the martial arts to millions who don't even know his name.

That occurred when he was hired as the stunt double for Pat Morita in the Karate Kid movies. Without the moves of the real-life master, the character of Mr. Miyagi simply would not have been believable. This is precisely why, when an acclaimed Fumio Demura biopic was made in 2015, it was titled The Real Miyagi.

When it comes to an icon like Fumio Demura, you can be sure of one thing: His martial arts journey isn't over. As always, Black Belt will keep you posted.

Bruce Lee practiced strength training faithfully, just like martial arts. However, he was very secretive about his training. The programing Bruce created for himself was specifically designed to keep him lean and fast. He experimented with power, endurance, coordination, agility, flexibility, nutrition, and even the amount of time he could rest before training again. Speed and power were Bruce's essential outcomes, so he focused on training that would produce minimal hypertrophy. Bruce had specific training regimens that he researched extensively through practical application.

Black Belt Team
one championship
bloximages.newyork1.vip.townnews.com
Ritu "The Indian Tigress" Phogat is one of the most promising up-and-coming talents in ONE Championship, and the Indian star will make her return to the Circle on Friday, July 30, at ONE: Battleground.
Keep Reading Show less