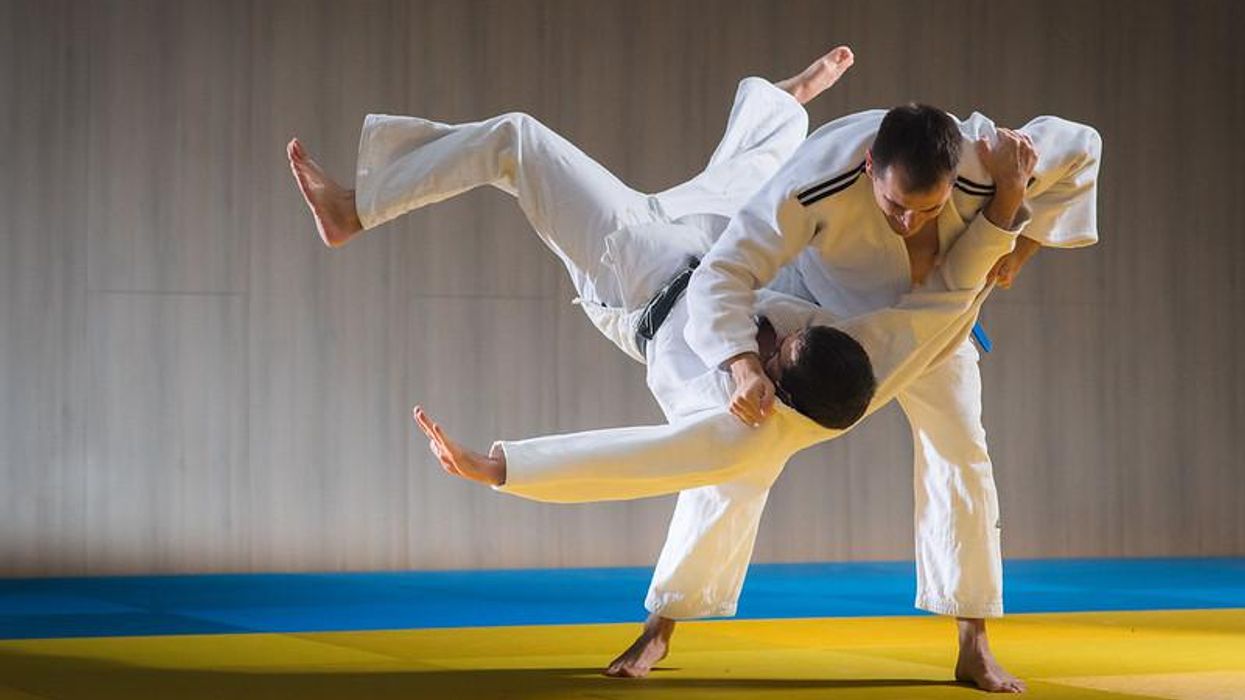 Per my Blog last week on the Las Vegas Kosen Judo Tournament, it should be emphasized that Celita Schutz the Current President of the USJA has made a solid commitment to the promotion and expansion of their Kosen Judo Rules as developed by John Paccione the Past President of the USJA. Continuing along this theme, I asked my friend and colleague Steve Scott to elaborate on his concept of Freestyle Judo.

First, it must be stressed that Freestyle Judo is not a new "style" of judo. There is only one judo and that is the Kodokan Judo founded by Professor Jigoro Kano in 1882. Judo, as a sporting event, is only one aspect of the totality of Kodokan Judo. But judo as a sport is practiced internationally by millions of people and is one of the most technically diverse athletic events ever devised.

Freestyle Judo is simply a set of contest rules adding another dimension to competitive judo. It doesn't replace the existing rules of sport judo as set forth by the IJF, but simply adds another avenue of opportunity for judo athletes. In exactly the same way folk style, freestyle and Greco-Roman wrestling have specific rule differences and aims, Freestyle and IJF rules in the sport of judo perform the same function.

Wrestling is wrestling, no matter what the rules are and the success of American wrestlers in world and Olympic competition bears out the fact that college wrestlers quickly adapt to the international (freestyle and Greco) rules of wrestling. So, why not in judo as well? Good judo is good judo, and offering judo athletes more opportunities to develop their abilities in competition; the better for them and the better for judo. Competition breeds a better product and Freestyle Judo offers another opportunity for athletes to compete and excel. In this way, I believe Freestyle Judo can provide an excellent base for the development of judo athletes who aspire to compete at the elite and international level.

In 1998, John Saylor and I used the first version of the contest rules in what we called Shingitai Rules (later to be known as "Freestyle Judo") during our national Shingitai Jujitsu organization grappling tournament. It was a small tournament with about 75 adult athletes, but contestants entered in the tournament came from a variety of grappling backgrounds, from a NCAA wrestling champion to several national judo champions and numerous elite level sambo wrestlers. All agreed that the rules we used were an ideal blend of grappling styles. Later, in 2007, when National AAU Judo Chair Norm Miller and I were discussing ways to develop judo, from both a standpoint of quality and quantity, I proposed that we bring back the Shingitai rules that were so popular and make minor modifications to them for judo.

The name Freestyle Judo was chosen to provide this set of contest rules with an identifiable brand similar to Freestyle Wrestling. The name "Freestyle Judo" doesn't imply that there are no rules and anything goes.

Athletes from other grappling disciplines such as sambo, BJJ, wrestling and submission grappling find that they can quickly accommodate to the Freestyle Judo contest rules. As a result, athletes from a variety of grappling sports are attracted to competing in judo. The way we look at it, a good technique is a good technique, no matter what it is called or where the athlete learned it.

Freestyle Judo's rules encourage athletes to use all the skills of judo placing equal emphasis on tachi waza and newaza. The Ippon is retained, but numerical points are awarded for lesser scores instead of only waza-ari. Scores for throwing techniques vary from Ippon, 4 points (similar to a waza-ari), 2 points (similar to a yuko from the older IJF rules) and 1 point (similar to a koka from the older IJF rules). Points are awarded for active and aggressive ground fighting with points awarded for turnovers, getting past the opponent's legs in newaza (passing the guard), and rolling or sweeping an opponent from bottom newaza (guard sweep).

A rule that makes Freestyle Judo very much judo is that an athlete must actively attempt to throw or throw the opponent to the mat to enter into groundwork. In other words, pulling or jumping guard is not permitted. Another feature in the Freestyle Judo contest rules is that throws grabbing the legs are permitted (Kata Guruma, Morote Gari, Sukui Nage, Te Guruma and others).

A contestant attacking with a leg grab throw must first have a grip with both hands on the opponent's judogi before attacking. This simple rule is enforced by our referees and is one of the most popular rules we have in Freestyle Judo. This way, by initially gripping the opponent's jacket with both hands, there is no shooting as done in wrestling. In other words, freestyle judo offers a lot of ways for any athlete to score points on an opponent and have them objectively evaluated.

Another feature of freestyle judo is the way the officials conduct the match. The center referee is assisted by the two mat judges who are allowed to move about the edge of the mat to get a better view of the action. Allowing the mat judges to do this enables all three officials to get the best view possible of all the action during the match.

Athletes who compete in tournaments using the Freestyle Judo contest rules will find the experience beneficial to every other grappling sport they do and this includes judo athletes who want to compete in judo in something other than the IJF contest rules.

For more information on Freestyle Judo:

Please go to our two Facebook groups called International Freestyle Judo Alliance and Judo Black Belt Association. You can also go to our web site at www.FreestyleJudo.org to see the Freestyle Judo contest rules. Anyone wishing to become part of our Freestyle Judo program, can simply email me at stevescottjudo@yahoo.com.

Thank you Steve for clarifying the tenants of your organization. Following the success of the Kosen Judo event held on May 1st in Las Vegas, it is apparent the interest in these types of contests is extremely high. I will continue to cover the development of this emerging phenomenon.

John Paccione and I are committed to bringing more Kosen Judo events to the forefront. John will be holding the USJA/JF Summer Nationals on September 4th in Cape Coral, Florida. At that time there will be Kosen Judo Divisions. John is working on a website for this event and he'll be announcing the URL shortly.