FMA 101: A Practical Primer on the Filipino Martial Arts 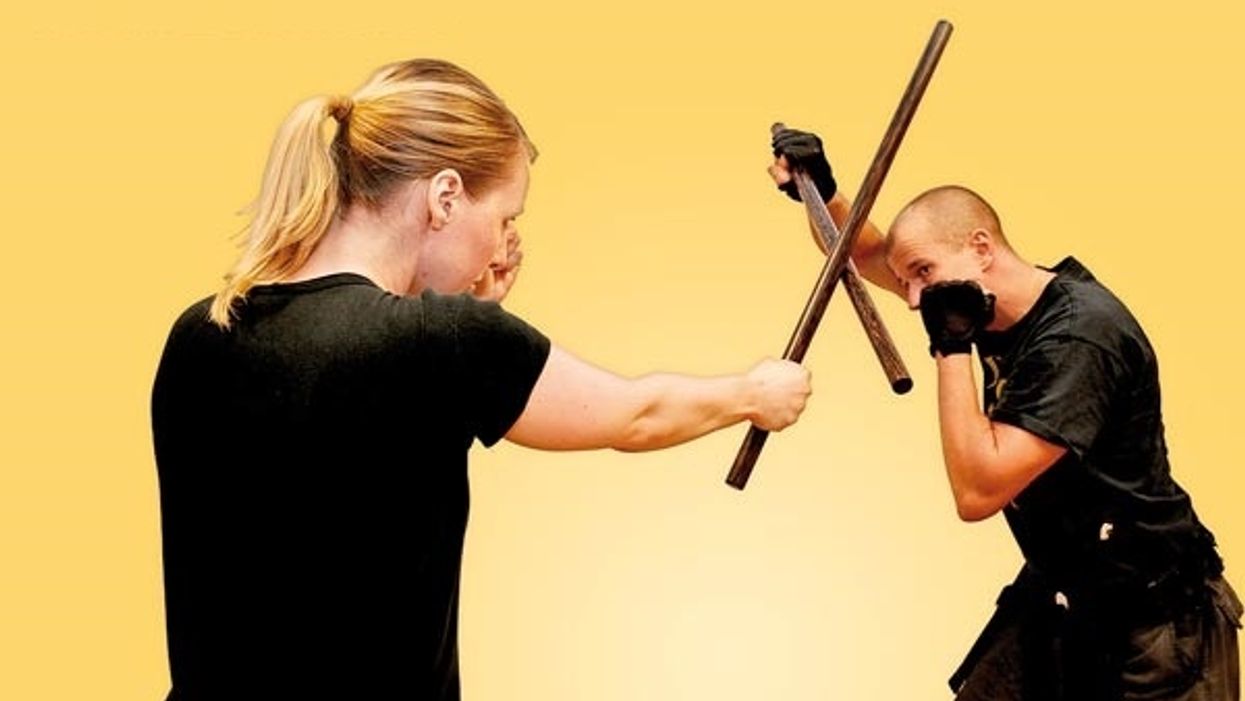 Black Belt Hall of Famer Julius Melegrito can't teach you everything you need to know about FMA in one post, but he can give you a conceptual framework on which to build your skills.

In this post, Julius Melegrito — who appeared on the cover of the April/May 2017 issue of Black Belt, shown below — explains key concepts from the group of styles commonly referred to as the Filipino Martial Arts: escrima, kali and arnis. If you haven't started your FMA training yet, this will whet your appetite. If you're a veteran of the stick-fighting and knife-fighting arts, you'll have your memory jogged even if you don't learn anything new. — Editor

Classics: “Your whole purpose in classical Filipino stick fighting is to hit your opponent until he's out of the fight — you don't mess around with other techniques like traps," Julius Melegrito says.

Julius Melegrito on the cover of the April/May 2017 issue of Black Belt.

Targets: “In practice, you use your stick to hit his stick as close to his gripping hand as you can manage while staying safe, but in a real fight, you'd hit the hand," Julius Melegrito says. “It usually makes him drop his weapon. Of course, in a fight, an attempt to hit his hand might miss, which is why you practice follow-ups."

Follow-Up: Melegrito likes to use an empty hand — assuming he's not holding a second stick — to check the opponent's hand right after it's hit. That's his insurance policy: If the strike doesn't have the intended effect for whatever reason, Melegrito can prevent the man from bringing the hand back into action. He immediately follows up with a stick strike to the forearm, elbow, face, neck or some other available target.

Simplicity: “You don't try to grab him or do anything else," Julius Melegrito says. “You just hit anything that comes at you — be it a hand, a knife or whatever. Whoever hits first usually wins the battle."

Legs: If the opponent kicks, the same principles apply, Melegrito says. Aim for the foot or ankle, check the leg if necessary and then follow up. Don't try to trap the leg.

Modern Approach: “In the modern arts, it's OK to touch the stick," he says. “After all, it's a stick, not a sword. You just treat it as an impact weapon. When the guy swings at you, you intercept his strike with a strike from your stick — aimed at his hand — then you grab his weapon close to his hand if he doesn't drop it. Grabbing it allows you to use it against him or take it away."

Options: “Once you grab his stick, move it out of the way if you want to strike," Julius Melegrito says. “If he holds onto it, his arm will be carried along with the weapon, which will leave his body open for your counterstrike. If he tries to kick, you can maneuver the stick down to block his shin, then hit his body with your stick. Or you can use his stick to lock his arm. At any point, you have the option of switching to the classical approach and just hitting him."

Disarms: Part of modern stick fighting is separating your opponent from his weapon, Melegrito says. As he already mentioned, you can hit the hand holding the stick with the intention of making him drop it. You also can leverage it out of his hand using a twisting motion. Or you can use your stick to push his stick out of his hand in such a way that it goes flying. This last category of techniques he calls “projectile disarms."

Warning: “Disarming an attacker is a good concept for self-defense, but before you can disarm him, you have to grab his stick, and to do that safely, you have to understand the angles at which it's dangerous," Julius Melegrito says. “Of course, it helps if you 'soften' him up with a strike before you try the disarm. Then it's easier to use leverage to force the stick out of his hand."

Progression: Once you have the theory and the basics down pat, it's time for partner training, Melegrito says. “Start with static disarms and work your way up to dynamic disarms, in which you both are moving when you try it."

Shield: “Modern stick fighting is not just about beating somebody up — you don't always have to hit," he says. “This is very important to know in situations where there are a lot of witnesses because if you have a stick and your opponent doesn't, the witnesses are going to view you as the aggressor. After all, you're armed and you're hitting him. That's why you also need to know how to use a stick as a shield. These defensive techniques are good for police officers or anyone who doesn't want to injure the other person."

Impact: The key to using a stick as a shield lies in positioning it in a nonthreatening location — such as parallel to your forearm — so it can absorb the force of an attack. Then, in the eyes of witnesses, it's the aggressor who's causing the problem by hitting you. All you're doing is blocking. “This training is especially good for kids to learn because it's totally defensive," Julius Melegrito says.

Shield Variation: Say you're walking along a street with an umbrella or cane in your hand. An aggressor approaches, and you raise your makeshift weapon. He grabs it with one hand to intimidate you, which prompts you to place your free hand on the other end of the weapon. Then he chambers his fist and unleashes a punch. “You can use the umbrella to block by raising it into the path of his fist," Julius Melegrito says. “If he tries to grab you again, you can lower the stick and block the arm. It also works if he tries to kick."

Escape: “To make him release your umbrella so you can use it in other ways, twist it and snap it down," he says. Then you can scoot behind him, assuming the situation warrants and your skills are up to the task, and apply a choke. “The idea is to use the umbrella in a way that doesn't involve hitting," Melegrito says. “You can push against his throat to get him away, or you can deflect a punch and go to a position in which you have it against the side of his neck. Once he's under control, then you can talk: 'Hey, what seems to be the problem?' It's totally different from him grabbing you and you hitting him."

Alternative: You also can use a stick — or an umbrella or a cane — to encircle an opponent's torso and arms for an impromptu bear hug. “It gives you a chance to talk rather than immediately hurt the guy," he says.

Control: That final category of techniques in modern stick fighting — moves that enable you to restrict or immobilize an attacker without inflicting harm — is an essential one to master in our litigious society. “When a guy comes up to you and reaches out, maybe he just likes your shirt — you don't know," Melegrito says. “That's why in many situations it's better to control than to immediately start hitting."

Julius Melegrito operates Martial Arts International in Bellevue, Nebraska. He is the creator of Stix 4 Kids, Philippine Combatives and Sandata System. A seventh-degree black belt in Filipino martial arts and fourth degree in tang soo do/taekwondo, he serves as the stick and knife director for the International Combat Hapkido Federation. Melegrito is the founder of the Philippine Martial Arts Alliance with affiliated schools in Australia, Russia and the USA.