Fightworld Looks at Combat, Country and Culture on Netflix 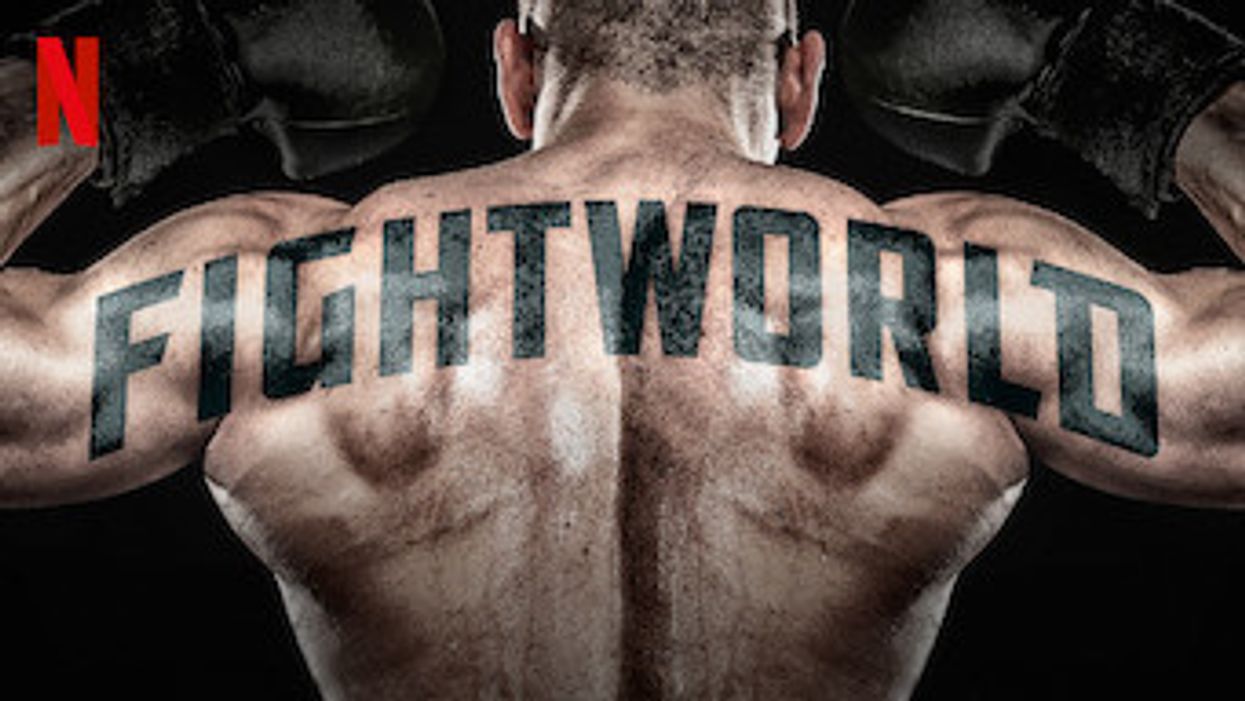 When I began training in 1973, martial arts were defined as Asian-influenced, empty-hand, non-ballistic-weapon-using ways of fighting. Today, “martial arts" is an umbrella term for describing the fighting systems of any country on Earth, and because of the arts' natural progression, some styles integrate guns in lieu of swords as their standard weapons.

This is the universe that Fightworld investigates as it examines the combat arts of five countries. Hosted by Frank Grillo, an avid fight enthusiast and star of Beyond Skyline and Wolf Warrior 2, this Netflix series genuinely connects with the people who engage in these physical pursuits, as well as the cultures in which they live.

While working out with the featured fighters, Grillo is quick to admit his combat shortcomings, and at times he looks like a kid in a candy store. However, he always shows the utmost respect to each martial artist he interacts with. He watches them train and views every bout with emotional attachment. His interviews end with hugs and reciprocated feelings of brotherhood.

Grillo attests in the first episode that Fightworld isn't a show about fighting; it's about people who fight. He's correct.

Deep within Tepito, Mexico City's most dangerous barrio, former boxing champ Jorge Vera runs a sanctuary gym for youth — both males and females — who have chosen to end their affiliation with gangs and thereby change their violent ways. Like many Mexican boxers, Vera mentors fighters who were born into poverty, showing them how boxing can offer a way for practitioners to earn money and keep themselves and their families afloat.

Frank Grillo excitedly meets and speaks with, among others, Mexican boxing royalty Julio Cesar Chavez; trainer Ignacio “Nacho" Beristain, who runs Ramozo's gym; and an inmate named Rodolfo “El Gato" Gonzalez. The whole time, he maintains the same respect and admiration for all the boxers.

One is an alcoholic, drug-addicted single mom who's trying to create a better life for her child and herself. Others are inmates who are seeking a second chance through pugilism, which entails learning that punches aren't always used for aggression and can actually be a way to discipline.

This episode opens with Frank Grillo getting a warrior's tattoo on his arm. With an impish look, he says, “Welcome to Thailand."

Next, the show jumps to the host interacting with a 17-year-old muay Thai practitioner who started fighting at 10 and has competed in 200 bouts. Moments before his match, he calmly asks Grillo, “Are you OK?" Bewildered, Grillo looks at the camera and says, “He's asking me if I'm OK? He's not nervous; I am."

Most of the fourth-graders Grillo meets come from poverty-stricken families and have parents who sent them to the kickboxing school. In the beginning, they fight for food. When they're experienced enough to win money, they send it home. Life is not even giving them a chance to grow up, it seems.

One of muay Thai's national heroes and a great ambassador for the sport is Buakaw, who rose from poverty and went on to win 240 bouts. When he meets Grillo, it seems like a dream come true for the martial artist. Buakaw is a far cry from the villainous Thai fighters often depicted in American kickboxing films. With his soft eyes, large smile and quiet demeanor, he's the epitome of humbleness.

While Frank Grillo watches teens practice lethwei — sans gloves and with head butts — he notes that Myanmar's national sport dates back to at least 1050. Nevertheless, he's struck by the poverty that faces modern-day practitioners. Pointing out that they often go to sleep hungry and then train all day, Grillo seems embarrassed. “I feel like a jackass, eating protein bars when I want, wearing $600 gloves," he says.

Looking at a teen's swollen face, he adds, “He fought [10 days ago]. He should be in a hospital. It takes your breath away."

The episode isn't all dark, however. After a trainer named Win has Grillo head-butting pads and learning a vicious round-kick-reverse-elbow-strike combo, Grillo says, “I've heard everyone starts with a mouthpiece but only tough guys spit it out. Is it true?"

One of Win's tooth-challenged champions grins and says, “Yes." Everyone laughs.

Dating back to the 1300s, laamb is practiced in Senegal almost as a national sport. To summarize the style, Frank Grillo declares, “It's Greco-Roman wrestling with punches."

Laamb is steeped in culture, music and dance, and wrestlers are considered artists. The night before a bout, crowds expect to see the practitioners and their entourages engage in a dance face-off, something akin to New Zealand's rugby hakas. Pillars of their community, the wrestlers defend their honor, their pride and their dignity. In other words, they comply.

Get the author's book The Ultimate Guide to Martial Arts Movies of the 1970s here.

The main event covered in this episode of Fightworld is a rematch of a 2011 draw between two giants in the sport: Lo and Lac. The duel is postponed because the night before at the arena, a soccer riot results in eight deaths and 60 injuries. Lo and Lac are profoundly touched by Grillo's understanding of their religious take on the situation, which is evidenced by his comment:

“I learned that for a Muslim, it's about inshallah; it's in God's hand. It happened, and God will take care of it."

Six months later, Lo and Lac finally step back into the ring.

The mayor of Jerusalem and Grillo are discussing terrorist attacks in London. The mayor says that London police instruct residents to run, hide and tell. Grillo replies that it's the same in America. In response, the mayor asks, “You know what it is in Israel? One word: Fight."

He's referring to the aggressive philosophy of krav maga, a self-defense art created by Imi Lichtenfeld in the mid-1930s to help Jews fight fascists in Czechoslovakia. “Fighting here is about preservation of your beliefs, land, people," Grillo tells us. “Surrounding cultures are based on conflict, combat — fighting is a way of life."

We learn that krav maga is not a sport or a health-promoting exercise. It's an endeavor that focuses on eliminating threats as efficiently as possible.

Grillo concludes with words of wisdom: “Maybe the instinct to fight, survive, protect — more than any difference in faith, culture or color — has the power to unite." It's a message Black Belt readers have known forever.