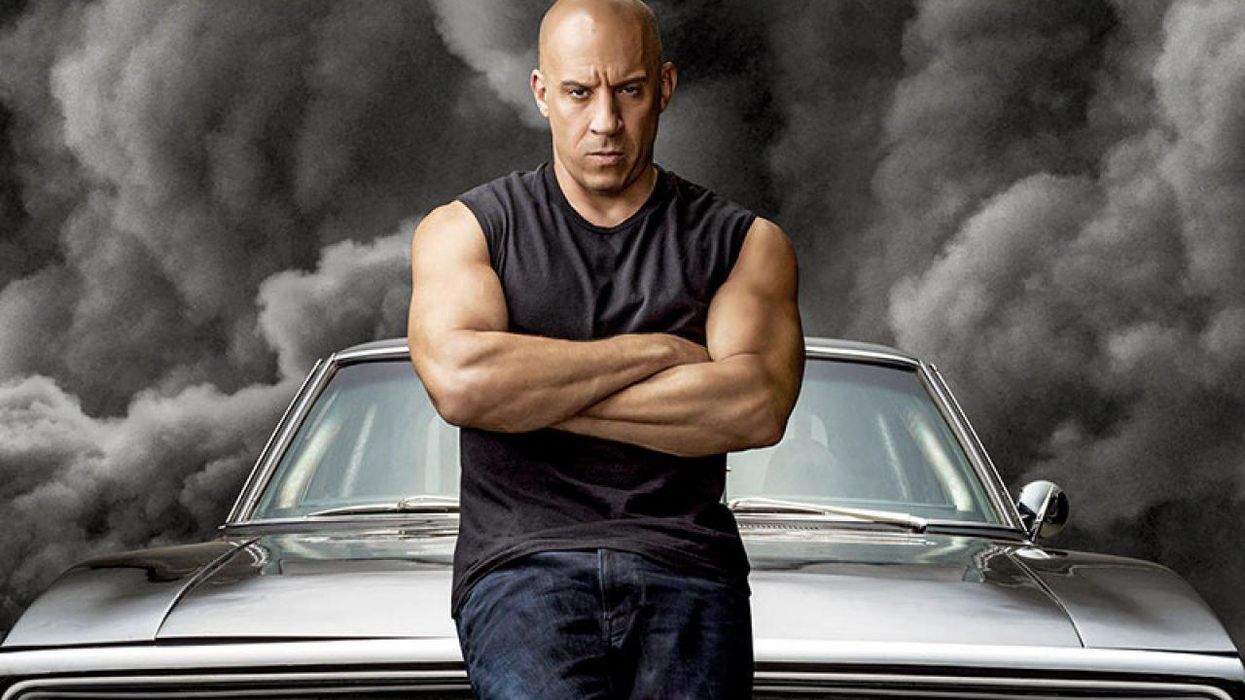 Justin Lin's climb up the Fast & Furious ladder matches the film titles, fast and furious. He's the only director to shoot five sequels (3, 4, 5, 6, 9) with F10 on the way. The resulting action composition in F9: The Last Saga (F9) has been brewing since his intro to Bruce Lee and Lin's early subliminal and now obvious influences from Jackie Chan.

When I first discussed Bruce Lee with the Taiwanese-born, Los Angeles-raised Lin in 1997, he shared, "Whether Asian Americans like it or not, they all have a relationship with Bruce. When I was 10, I was deeply disturbed watching Bruce's Game of Death (1979). There was a guy who vaguely looked like Lee interspersed with shots of the real Lee, right down to a photo of Lee pasted onto a mirror to make us believe the guy in front of the mirror was Bruce. Yet when I first saw Bruce Lee on screen, I felt his power, he gave me the strength to strive for something. After learning about the film's freaky news, I thought, how in the hell did the double get that job?"

Lin addressed this question in his first martial arts film, Finishing the Game (2007). Co-starring Sung Kang, Lin also hired fight choreographer Don Thai, who at the time was a close associate and one of Jackie Chan's protégés.

The Fast & Furious films began as street drag-racing movies, perhaps influenced by the demented driving antics of Steve McQueen in real life and in his movie Getaway (1972). Yet with the addition of Dwayne Johnson as CIA agent Luke Hobbs in Fast Five (2011), whose job was to track down and capture Dom, the franchise morphed into a car-llection of visceral flicks filled with over-the-top, outrageous, literal high-octane car stunts.

Yet with F9, Lin translated Lee's power into his action sequences and saw how Chan's fights used the tangible qualities of space and how Chan continually transforms it from the confines of small rooms, alleys or a high-rise's narrow ledge to the vastness of a castle, mountaintop, or rooftops of big towering buildings. Like Chan, Lin achieves these transformations via extended chase sequences where each unpredictable redefinition of space adds to the scene's momentum by creating a giddy farce. As his characters move through new environments, they confront new circumstances and possibilities.

With F9, Lin goes beyond these confines. Dom learns that his long-lost renegade brother Jacob (John Cena) has become a deadly assassin who's in cahoots with Dom's mortal enemy Cipher from The Fate and the Furious (2017) and her new psychotic partner Otto. Their aim is to find two halves of a top-secret gadget that can control the world's security network. It's time for Dom and his speedster band of brothers/sisters to unite to save the world from this terminally ruthless trio while dealing with family secrets.

In 1999, Diesel told about his bouncer and boxing background in New York, and his love for the 1970's Shaw Brother kung fu films adding with a bellowing calm voice, "It would've been cool to be in one of those movies, the weapons, the wires, the fights."

By a strange twist of fate, Diesel is doing a kung fu film that's as close to being a 1970s, Shaw Brothers wuxia movie than he could ever have imagined. His weapon of choice isn't fists, knives or kung fu, but a 1968 Dodge Charger with car fufight choreography.

Dom can maneuver his cars to block, deflect and parry oncoming forces of sideswiping and head on attacks from other autos, armored vehicles, giant transporter trucks and even a flying wing. His car fu has skills that can catch and intercept flying members of his team out of mid-air death plummets that are more radical than a square route.

The wire-fu car fu is as outrageous as it sounds. In one moment Dom can be speeding along then he pulls of this dodgy move that's akin to maniacal spider falling from a ceiling toward your unsuspecting head on the end of a single strand of silk thread.

Stunt coordinator J.J. Perry who was into Hong Kong stylized action since his beginnings, choreographed a handful of unique fights that are well worth the watch and there are two particular fights that take into account the yin and yang balance of combat.

One is Dom's rough and tumble, smash and crash brawl as he becomes a human muscle car in a wide-open underground warehouse where he takes on droves of heavily armed punch and crunch security forces. The opposing energy is a powerful light focusing on the F9's fighting women, Letty, Mia and newcomer Elle taking on a team of marauding mercenaries within the tight confines of a small Tokyo apartment. It's a close quarters, tag-team action fray using medium shots, where each lady does 2-6 techniques per take.

In Chinese numerology, nine represents longevity and so it's no wonder that F9 will continue the franchise's staying power where breaking the speed limit is a way of life.