Everything You Need to Know About Combatives, Featuring Kelly McCann 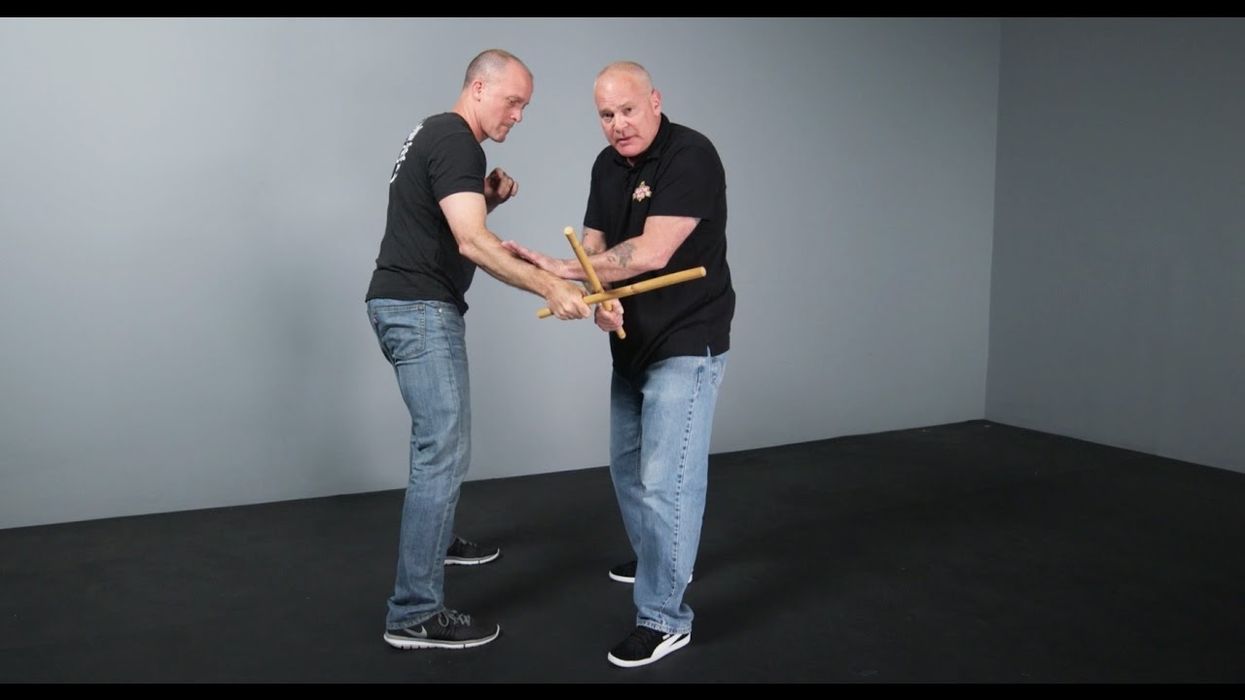 Meet Kelly McCann, the world's leading combatives instructor, and find out what he's doing to teach civilians the same self-defense skills that used to be reserved for the world's elite fighting forces.

Black Belt has released a ton of top-notch content featuring the knowledge, skills and real-world experience of Kelly McCann. (Here's a sample.) All of it revolves around the subset of martial arts known as combatives. In his own words:

“Combatives represents a physical manifestation of force — a sledgehammer, not a jeweler's mallet. Combatives is sometimes denigrated as 'too basic' by martial recreationalists because of the simplicity and the intentionally limited number of techniques.

"Bruce Lee had it right when he threw out all the stuff that was meaningless and boiled it down to 'less is more.' In combatives, we boil it down, then attempt it under duress."

The reason combatives has become so popular in the 21st century is the no-nonsense approach it uses, coupled with the effectiveness of the techniques. It appeals especially to those who don't have time to devote to mastering a traditional art, not to mention those who love their traditional art but want to learn a few proven moves to fill in any self-defense gaps that might exist.

“The following illustrates a significant difference between pursuing art-form mastery and pursuing street effectiveness through combatives," McCann says. "Various art forms may have increasingly complicated, intricate or unnecessarily lengthy solutions to a wrist grab. Most involve focusing on the hand that's doing the grabbing without regard for the actual threat — the attacker's opposite hand — and include an atemi (strike) along with some wrist manipulation.

"If the situation doesn't warrant that level of force, slam your free hand down onto his wrist while simultaneously wrenching your other hand out of his grasp."

The newest release from McCann and Black Belt is titled Kelly McCann Combatives 2: Stick & Ground Combat. It's a streaming-video course you can watch anywhere on your smartphone, tablet or computer. Here's a snippet of McCann describing what you'll get when you sign up. Click here to order.

There's no sport form of combatives, McCann explains. “The curriculum is developed for one purpose: succinct, effective self-defense. Someone who learns and practices a combatives curriculum this year will likely be practicing the same curriculum years from now, albeit at a higher level of skill.

“Improved combatives performance isn't rewarded with certificates or rank; instead, your reward is the personal satisfaction that results from moving faster and hitting harder, as well as the confidence that comes when you know you're mentally and physically capable of handling unexpected violence."

Are you ready to start your education in combatives? Check out Kelly McCann's introductory course, also produced by Black Belt! Go here to sign up.

“There's a common misunderstanding that combatives is pure, unadulterated violence," McCann says. “That's simply inaccurate. Use of force is regulated in combatives the same way as it is in other methods of self-defense — by using appropriate techniques for the level of threat you're confronted with and by modulating your power.

“Many people harbor the opinion that combatives is 'over the top' or too violent because they're considering imminent physical violence from a defensive perspective. In contrast, if you embrace hyper-avoidance but still find yourself confronted with an unavoidable and imminently violent situation, combatives training teaches you to attack.

"The logic is clear: If you could've avoided the situation, you certainly would've. The only requirement at that moment is to modulate your attack with regard to the level of threat you're facing. And then escape."

The best thing about combatives is anyone can learn it. Quickly. “First, you have to develop your ability to recognize pre-incident indicators so you can avoid potential confrontations altogether," McCann says.

The next step it to seek out instruction in the right principles, strategies and techniques, then learn to execute everything explosively so you can dispense with assailants as efficiently as possible. “It's over when the threat no longer exists," he says. "Remember that the simplistic and violent nature of combatives doesn't absolve you from having to act lawfully in self-defense; it just ends situations more quickly."

Save money and sign up for both of McCann's streaming-video programs! Get Kelly McCann's Combatives Self-Defense Course and Kelly McCann Combatives 2: Stick & Ground Combat for one low price. Go here for the details.

The tasks McCann has tackled over the years reveal his specializations within the field of fighting: the development and implementation of concealed-weapons courses, combative-skills curricula and street-crime avoidance programs. Not surprisingly, he's served as a subject-matter expert in close-quarters combat, high-risk protective services, high-risk-environment force protection tactics, and terrorist techniques and procedures. He's also been a military and security analyst for CNN and Fox News.