Demetrious Johnson, Killer in the Cage or on the Couch! Team Method 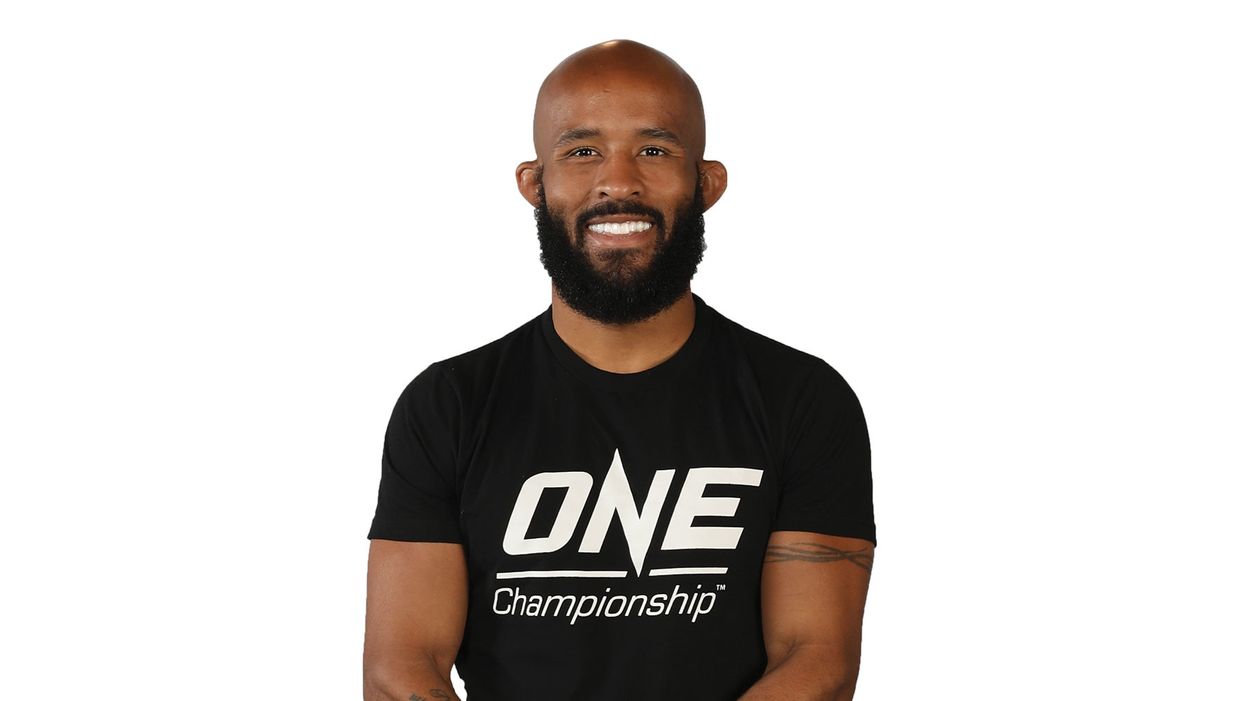 If you're one of the greatest fighters on earth, somebody who's won world championships and been called the best pound-for-pound mixed martial artists ever, what do you do to stay sharp during the pandemic lockdown? Why, play video games, of course!

OK, bashing opponents when you have Street Fighter V running on your gaming console may not keep you quite as sharp as sparring in the gym, but for Demetrious Johnson, gaming is almost as big a passion as fighting.

Stuck in lockdown purgatory in his home state of Washington, Johnson hasn't been able to train with partners for three months, and he's faced ongoing uncertainty over his upcoming title fight for the ONE Championship flyweight crown with the bout twice scheduled and postponed now. In addition to home-schooling his three children, the Black Belt Hall of Famer has managed to stay in shape by piling up the miles running, doing hundreds of push-ups, sit-ups and chin-ups … and logging the online gaming hours.

"I've probably put in more miles running in the last few months than I have in the past four years combined," Johnson said. "And I'm gaming 1,000 percent more, too. I've got so much more time on my hands when I can pick my own schedule."

Johnson's schedule has been pretty tight since he turned pro in 2007. A standout high-school wrestler, he picked up MMA while in college as a means of staying in shape. Weighing just 119 pounds back then — and with no major MMA organizations in the United States promoting flyweight or even bantamweight bouts at the time — he didn't even have fighting professionally on his radar."It was really just an extracurricular activity for me to stay active after working a 9 to 5 rather than sitting on my butt," he said. "I wasn't thinking about a career in it. At the time, I didn't know they had fighters my size competing professionally in Japan.

"But turn pro he did, garnering success in local promotions until he got a chance to compete for World Extreme Cagefighting, a company that was owned by the UFC until it was subsumed by them. Known as "Mighty Mouse," the 5-foot-3-inch Johnson had mixed success competing as an undersized bantamweight, the lightest weight class then available. But when the promotion created a 125-pound flyweight division, his career blossomed. He went on to win the inaugural flyweight championship and then defend the title a record 11 times before losing a disputed decision to Henry Cejudo in 2018.Having beaten Cejudo previously with a first-round knockout, Johnson was unfazed by the controversial loss. Rather than complain about the decision and demand a rematch, he chose a different path and asked to be released from his contract so he could fight for ONE Championship, the largest MMA promotion in Asia.

"I'd done everything I could in North America by then," Johnson said. "If I fought Cejudo again and beat him, I'd just be back where I was before. Besides, the UFC was talking about getting rid of the flyweight division at the time."

Johnson's management eventually negotiated his release, which turned into the first-ever "MMA trade" as Johnson was allowed to go to ONE and ONE star Ben Askren moved to the UFC.

Despite fighting under different rules, sometimes competing in a ring rather than a cage and dealing with different weight-cutting regulations that actually had him fighting at 135 pounds, Johnson thrived. He prevailed in ONE's flyweight Grand Prix Tournament and earned his now much-delayed title fight for the flyweight championship.

"The biggest thing is being willing to take that first step through the door," he said. "But this was an opportunity for me to do something different, to see Asia and to fight for a new organization that didn't just promote mixed martial arts but promoted kickboxing, muay Thai, even boxing."Not to mention pro gaming.

Last year, ONE launched its own esports circuit and started to promote pro gaming the same way it promotes pro fighting. Johnson was perfectly situated to be the brand ambassador for the startup. No newcomer to the world of esports, he's streamed his gaming exploits on Twitch — where he currently has 170,000 followers — for years. And unlike his MMA career, where he's viewed as one of the more humble, soft-spoken athletes in the sport, he can be a vicious trash talker online.

"Absolutely, I trash-talk," he said. "It's a game, it's fun. When you're fighting, it's more intimate and more of a sport, so I don't say much. But in a game when I chase someone down and kill them, I say to my streaming audience, 'You bum! You're wasting my time! I told you I was going to chase your ass down!'"

In his role as brand ambassador for ONE's esports circuit, Johnson is active in putting content together to promote the endeavor while serving as a spokesman for the company. He even participated in a ONE tournament last year — although you won't be seeing him taking up the mantle of professional gamer any time soon.

"Those guys destroy me," he said. "That's all they do! And the professional players specialize in just one game. They'll play that one game all day, every day."

In esports as in MMA, Johnson is an all-arounder. While in the cage, he's perhaps the most complete mixed martial artist ever — striking, wrestling and performing submissions with equal dexterity — in the world of gaming, he deftly shifts between a variety of titles.

Although high-profile games like Fortnite and Dota 2 are where the money is on the pro circuit, Johnson likes to go his own way when it comes to choosing which ones to play. His latest passion is a lesser-known, ultra-realistic first-person shooter called Escape From Tarkov.

Johnson said that while the reflexes built in MMA don't necessarily carry over into gaming, the problem-solving skills and the ability to learn from one's mistakes have proved useful in the virtual world.

Although he believes that he still has another five years as a top fighter, that likely will leave the 33-year-old a bit beyond the optimal age for pro gaming. But if all things were equal and he had the same talents for gaming as he does for fighting, which career would he choose?

"No question — gaming," he said. "But the only reason is because your body's not getting destroyed in gaming. I can't tell you of one person who's torn his MCL or needed shoulder surgery from playing video games." "Demetrious has been an avid player of World of Warcraft for many years. When he appeared at BlizzCon and joined the Arena World Championship casting desk, he endeared himself to the fans as an authentic and passionate member of the community. Method fans know a real one ... and he is absolutely it. We are incredibly excited to work together and have DJ as an ambassador of Method for many years to come."— Shanna Roberts, General Manager of Method