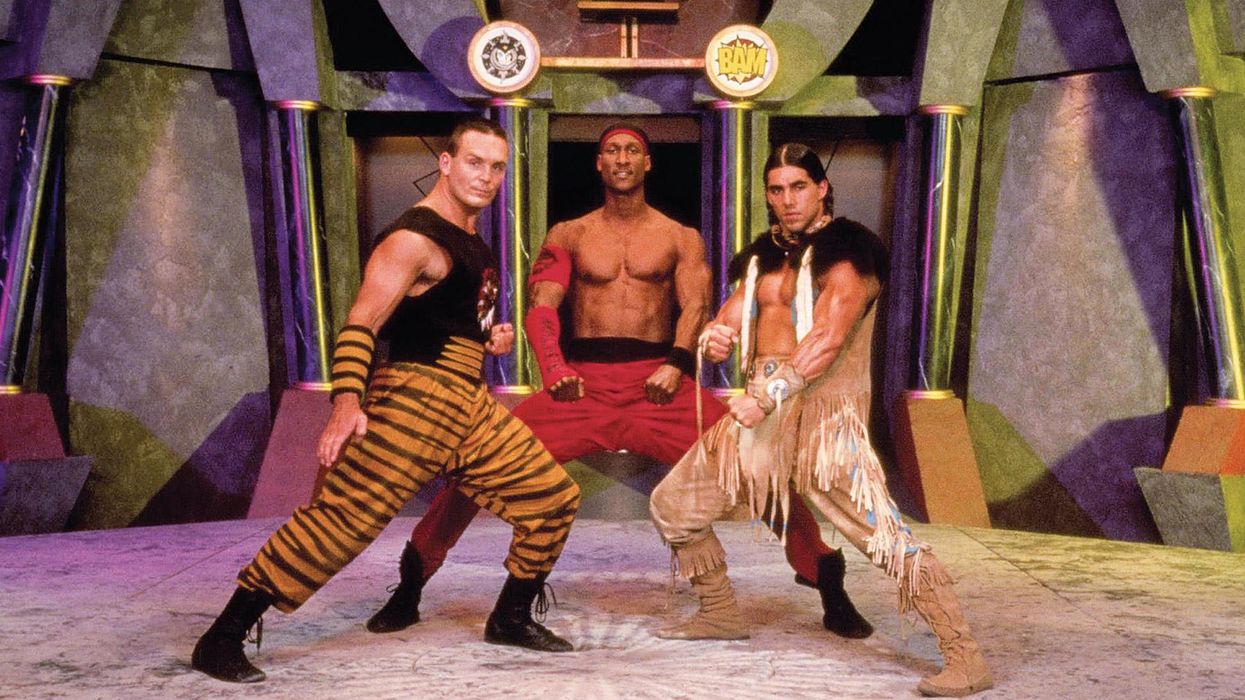 It's time to reboot WMAC Masters. Yeah, I said it, and I meant it. If you weren't a kid in the 1990s, you probably haven't even heard of the fictional World Martial Arts Council and the TV show based on it. In that case, you're in luck because I'm about to give you the lowdown.

From 1995 to 1997, WMAC Masters was essentially a martial arts version of professional wrestling combined with wholesome life lessons like you might get from a public-service announcement. Real martial artists would "fight" one another, with the winner earning the opponent's "ki-symbol." Once 10 symbols had been accumulated, the martial artist could complete his or her dragon belt, which gave the person a shot at the championship, aka the Dragon Star.

Yes, it was a little cheesy. Every character had a unique personality, costume and nickname. The producers used parts of the Universal Studios theme park for filming, including the King Kong ride and the earthquake ride. Just like in pro wrestling, the series featured a mix of staged combat and backstage drama orchestrated to add depth to the characters.

Directed by karateka Isaac Florentine, WMAC targeted kids, which is why I believe it needs to make a comeback. These are my reasons:

The series was inspirational. As a child, I loved watching fighting on television, but most of what I had access to was cartoons and pro wrestling. Delivering 21st-century kids an updated version of WMAC not only would grow the martial arts but also would inspire the next generation of martial artists.

The series introduced people to new martial arts. Growing up, I remember hearing people talk about studying karate and taekwondo, but that was it. I didn't even know there were other styles like wushu, tang soo do and shorin-ryu — until I watched WMAC. The series expanded the horizons of a generation by pitting different arts against each other — similar to what the UFC did in its early years. A reboot would continue to educate the masses.

The series introduced people to little-known martial arts weapons. Kama? Three-sectional staff? What? Before WMAC, I'd never heard of such things. If a weapon wasn't on Teenage Mutant Ninja Turtles — meaning the bo, katana, sai and nunchaku — I didn't know it existed. But each episode of WMAC featured weapon demonstrations and kata. The clips expanded my knowledge and no doubt the knowledge of the entire audience with respect to traditional weaponry.

The series conveyed real martial arts lessons. Not everyone who did martial arts back then wanted to get punched in the face in a kickboxing ring, and not everyone who trains now wants to step into an MMA cage. Most people take up the arts for self-defense, and the main teaching there is to avoid fights rather than seek them out. It was a valuable lesson then, and it's a valuable one now.

The series wasn't violent. Most parents won't let their children watch MMA because they don't want the youngsters exposed to the violence. WMAC didn't glorify violence, and there was no blood. As such, it served as a fine introduction to the arts, just as a reboot would.

WMAC Masters lasted just two seasons, but many of us loved watching it when we were growing up, and we were inspired by it. There's no reason to think a modernized version wouldn't have the same effect on the youth of today.

While writing this, I was so moved that I found the series on YouTube and relived all those great memories. Now I'm even more convinced that it's time for a reboot, time once again to highlight the benefits, beauty and value of the martial arts by showcasing role models who have achieved great things.

Evan Perperis is a writer, professional obstacle-course racer and Special Forces soldier who has trained in the Modern Army Combatives Program and Shaolin kenpo karate. His website is teamstrengthspeed.com.