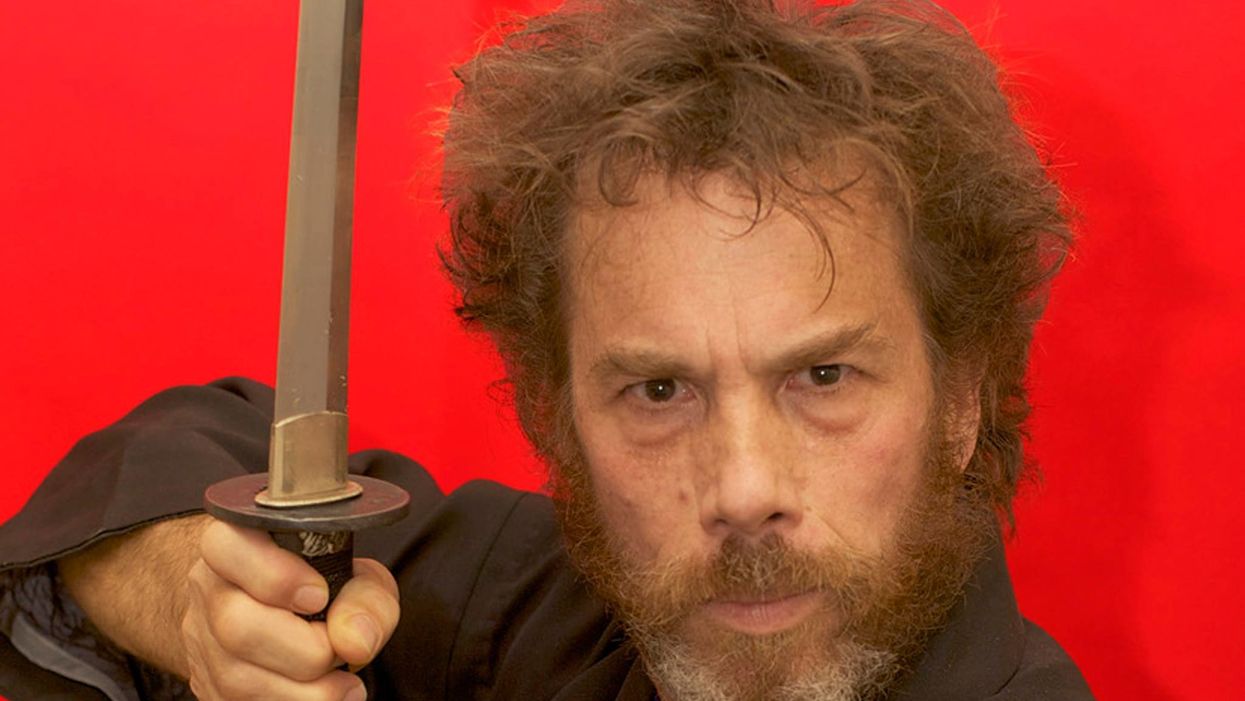 This is the final edition of an epic five-part series that details the beginning of world-renowned swordsman Dana Abbott's training.

The everyday practice and study of kendo in a climate where the temperature reaches and exceeds 90 degrees plus applicable humidity is stifling. Japanese call this "mushi atsui", but in New York City it is just known as "muggy". Hot thick air makes the practice of any sport difficult and energy zapping. Just imagine you are in heavy cumbersome kendo gear combined with this weather. After a few hundred strikes into a workout one's lethargic body becomes immune to its surroundings and that "can't get started" feeling is diminished. Soaking wet kendo gear combined with the stench of hundreds of students doing the same thing creates a thick pungent layer of air that you could literally cut with a sword.

When kendo practice ceased the undergraduates would then go to the locker room, which was below in the basement. Going down the narrow stairs you began to inhale testosterone at its peak. Those smells would rival any odors that gladiators in the coliseum exuded.

Packed in the locker room like sardines and all changing kendo gear at the same time with one goal in mind...and that is to rush across campus to their next class. When an underclassman passes an upperclassman…the lesser must recognize the senior's rank and status. This is accomplished with a bow and greeting known as "Aisatsu". "IT'S GOOD TO BE KING", say the senior students. The underclassmen are almost dancing from class to class given the footwork and respect they are required to extend to each upperclassman they encounter. Needles to say there were a lot of underclassmen late to class each day.

Aisatsu is a greeting of respect and is accompanied by a crisp "ohaiyo gozaimasu" good morning.

I was very happy and relieved not to have had to experience the hazing that freshmen student's encounter. Since this was still in the "Showa Era" which did not end until the death of Emperor Hirohito, the old school way was still in effect and hazing was just a way of life and tradition. Some of the hazing could be brutal. Sparring until you drop…and then spar again. The haze mongers would often make the plebes drink until they would pass out. They also would draw mustaches and weird things with permanent markers on their faces. Sometimes many ended up looking like a member of the rock band KISS!!

Yes sir, you could always spot the underclassmen. As an American, I would look at this hazing at times and think, "Is this really necessary". I soon discovered when looking at kendo philosophy from the Japanese perspective…life is not fair, and the strong will graduate to teach kendo and the "spirit of the thing". Meanwhile the weak will become shoe salesmen.

Actually, being underclassmen was really not all that bad but, on the other hand, being an underclasswoman was brutal. You would think women students were disciplined like Marines on Paris Island because many looked the part. For example the pecking order of the upper-class women was very overbearing. They would cut the plebe's hair so short one could not tell if the student was a male or female… WOW…mean and brutal.

There was a different brutality for the men. I mentioned before that you spar until you drop. There is a general rule of thumb in kendo and that is...when it comes to training and you have expended all your energy and are coughing out your lungs is when your rote muscle memory sets in best.

Also, at this point, one might experience euphoria as when running a long-distance marathon including crystal clear mindsets and fine focusing no matter what situation you may encounter. This exertion of energy consumes a lot of one's power but over time your body will begin to run much more efficiently and without expelling as much energy…sort of like putting a car in overdrive. Coupled with strong breathing techniques called kiai allows you to continue and excel where others have failed. Even though the brow beating of underclassmen is horrendous few drop out. They do not want to lose face.

When the "dog days" of summer begin your sweat is profuse. You start losing vast amounts of water and that's when I discovered "mugicha" (wheat tea) which is the summer sports drink of old Japan. For our consumption student aides would bring in large brass kettles of room temperature cooled down mugicha which tastes like the old breakfast puffed wheat cereal called, Sugar Pops.

After long hard laborious workouts and practice you feel as if you have walked through the parched desert and just arrived at a watering hole. Upon arrival of the wheat tea all one could hear were grunts, slurps and gulps. Just to let you know how intense the trainings were we immediately were told...move it, move it, move it. No one could hang around the "water cooler" for long. As an aside, if I did not urinate blood or brown at least a few times a month I was not putting forth enough effort. I never was sure if it was the tea or the sword strikes sustained.

My first summer gasshuku in Chiba just outside Tokyo was extremely mentally and physically enlightening. This is where many of the university kendo teams would come together and train. There were many practice sessions covering everything from basic kendo warm up exercises to tournaments. I managed to hold my own during the exercises, but these tournaments were especially challenging. Of course, needless to say, I would be eliminated within the first few seconds…but believe me it was a long few seconds and felt more like hours!

During these tournaments I was introduced to many esteemed kendo teachers who came from the four corners of Japan just for the gasshuku. My fellow students poked me, pointed and whispered in my ear, "Oh this sensei or that sensei…is "berry berry famous". There is only one word I could use describing these teachers and that would be formidable. They had such a presence!

I wish I could remember all those teachers' names and faces but alas I didn't bring a camera to document my training. But then again, if I would have come to a sword fight with a camera…things could have been vastly different.