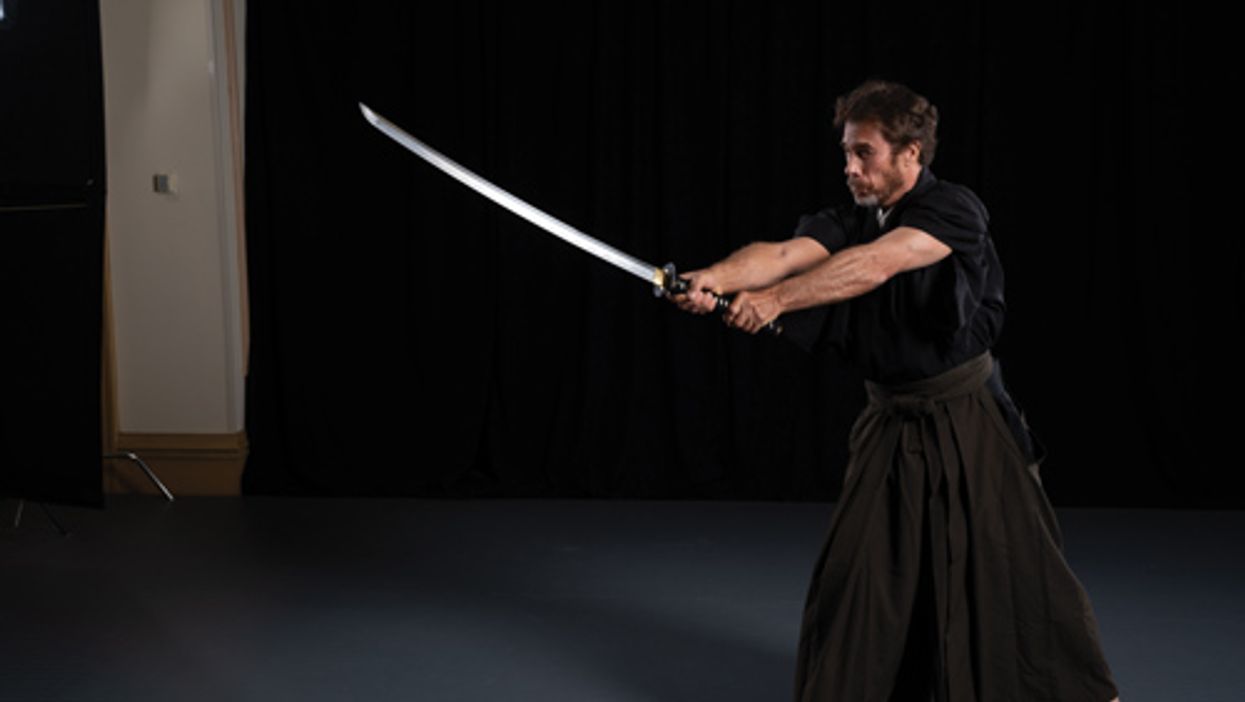 This is the third edition of an epic five-part series that details the beginning of world-renowned swordsman Dana Abbott's training.

During the course of my studies at Nihon Taiiku Daikgaku I discovered I had become a productive member of their society based on their standards. Not because I worked or paid taxes. It was because I was learning kendo. In Japanese culture anyone who learns and performs kendo keeps the spirit of the samurai alive and is a very positive role model for generations to come.

At Ni Tai Dai the students who majored in kendo and graduate with a bachelor's degree in physical education are most likely to fall into the following groups. The largest group is a PE teacher/kendo coach at a Junior or Senior High School. Many other graduates go on to serve society such as, policemen, military and firemen where they continue to practice and hone their kendo skills daily to enhance their career choice. They also compete between the various precincts and prefectures throughout Japan.

The practice of kendo is very a serious business within the police departments, in so much as; it becomes a prime importance to the job. As a matter of fact, it is well known that many join the police force primarily to do kendo extensively. The strongest kendoka are employed in some branch of law enforcement.

Even though it has been over 30 years since I took my first bow on that wooden floor, I have fond memories, adventures and interesting thoughts and stories of the time I spent there. One of my first memories is when I purchased my bogu (kendo armor). At first, I was lent a bogu and kendogi from Sensei, which was greatly needed. Over the following days I donned it on, and off dozens of times and I was starting to think I looked good.

Later, Shizawa sensei handed me a kendo apparel and equipment catalogue and said, "pick one" …and pick one I did! There were dozens of variations, models and colors to choose from. Over the course of the day, I thumbed through that catalogue until all pages started to run together. I finally decided on a nice well-built bogu and kendogi at a price my pocketbook would allow.

As I had become accustomed to having tea with Abe sensei and the instructors after the classes, I pointed out to Shizawa sensei the bogu I liked best. He takes the catalogue, stretches his arms out in front of him, looks at the circled picture and says, "Good". Hands the catalogue back to me, takes another sip of his tea and says, "We go today".

Later that afternoon, I find myself standing on a wooden block in front of the mirror like a businessman being tailored for a suit. Looking at all the possibilities that one can choose from is mindboggling. I held steadfast on my choice as Shizawa sensei nods in agreement with his arms folded, smiling and says…."handsome boy" as the tailor makes his final adjustments.

Little did I know that these brand-new items are extremely stiff, uncomfortable and takes time to break them in. Plus, adding to the fact that I was very comfortable in my previously borrowed gear. My new outfit is dyed a deep purple/blue color called kon, which takes about 20 hand washings before the color stops staining your skin and everything around you. Just imagine you are wearing a brand-new pair of classic 501 Levis jeans and jacket on bare skin. Now, imagine having to run ten miles a day in those. Believe me, it was no picnic since the blue (kon) stained my skin making even the rashes purple. I looked like Papa Smurf for almost a whole season.

The dojo at Ni Tai Dai where I was learning the trade of the swordsman was built decades earlier at a time when craftsmanship was premier, and everything was built to last. The architecture was quite unique to me but most particularly interesting was the way the rows of windows were positioned. They ran the length of the building on both sides. Both sets ran horizontally across. One row in an attic position and the lower in a basement position. When opened they created a very pleasant breeze…. or a sobering cold cross blast of Arctic air during those winter mornings. No wonder I expelled so much energy, I was just trying to keep my teeth from chattering.

Many times, I arrived early to warm up a bit before other students began their morning practice. I stood in the middle of the dojo with no one in sight as I executed a vertical "men" strike simultaneously stomping my foot. This was one of the first kendo techniques I learned. It sure looked easy enough and was the basis of everything yet to come and as I continued my training, I realized that simplicity is not simple. Looks and feelings can be deceptive. From that single blow and the strike of my foot on the wooden floor a low vibration reverberated throughout the dojo. The interesting part about this dojo was the fact that it was all made of wood material in tongue and grove style with no nails. Everything fit perfectly together like a puzzle.

Underclassmen were always the first students to arrive for their daily training. Their job was to do all the grunt work like a plebe at West Point Academy. With time and experience they eventually would work their way up the ladder or maybe down depending upon their skill.

The middle classmen would arrive next and just when class began to start the senior students sauntered in and took their place in the pecking order on the dojo floor.

When class begins you can certainly size up the crowd by just observing. You can tell which ones are not with it due to illness, no sleep and my favorite...too much partying. After all, students will be students. In the front of the group this particular morning were the caffeine-enhanced go-getters. Looking to the middle of the crowd you see strong focus and determination and waaay at the back are the students, who for some reason or another, can't get with it and are even having trouble going through the motions. But, even at their worst...they are still the best of the best.

Interestingly enough the top high school graduates who majored in kendo are comprised of 80 percent men and 20 percent women who were the best kendoists in their local school system. They came to Ni Tai Dai to perfect their technique and represent their prefectures throughout Japan.
From Your Site Articles
SUBSCRIBE TO BLACKBELT MAGAZINE TODAY!
Don't miss a single issue of the world largest magazine of martial arts.
subscribe