Dan Inosanto on Staying Active and Effective in Your Golden Years, Part 2 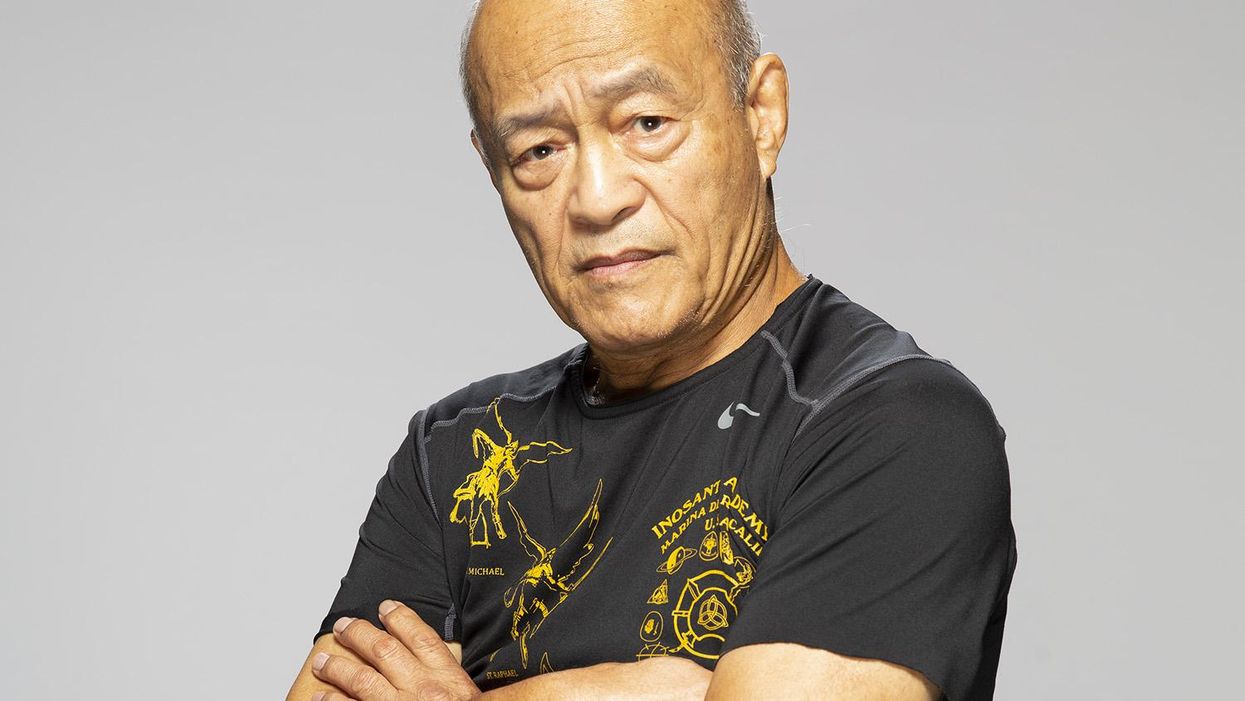 The Black Belt Hall of Famer and jeet kune do authority reveals his secrets for staying fit to fight forever!

Black Belt: Speaking of kali, you've also mentioned that even the fearsome Floro Villabrille had some movements that looked like tai chi in his curriculum.

Dan Inosanto: Yes, some of those moves and exercises that we used to think had nothing to do with fighting actually had everything to do with fighting the aging process. If we just practice them consistently, they help keep the joints of the shoulders and hands healthy so we have the ability to hold the stick or grab without degenerative changes or pain. When you're young, you don't think about things like that. You just feel sore, your body adapts and then you go on training. You don't really think about some of those aches and pains until one day you can't ignore them anymore.

Black Belt: Do any of those aches and pains come from contact injuries?

Dan Inosanto: We used to think that hard contact was necessary for good training. But if you're just banging like that all the time without the precision finesse work, your body's not going to let you keep doing that. People need to learn how to listen to their bodies, especially as they age, and they need to learn how to train smart.

Back in the day, people trained without safety equipment because they didn't have the technology. These days, we have almost every advantage as far as safety [goes]. Don't you think it's counterintuitive to train without taking advantage of that? For those people who argue that it's better to train without safety gear like padded sticks or blunted knives or protective sparring equipment simply because that would be more traditional, then by that logic, they should give up their cars and their cellphones and their toilets for horses, smoke signals and outhouses because that's more traditional.

If you're an older martial artist, it's silly to take senseless risks just to float your ego.

Black Belt: Doesn't that fly in the face of some of what jeet kune do's full-contact philosophy stands for?

Dan Inosanto: Yes and no. Even back in the 1960s and '70s, we were already using protective equipment. But there's something more that people have to understand about JKD. Bruce died at 32. He was at the prime of his life — according to some people, he hadn't even reached his prime yet! So he died without ever having to face the reality of an aging body. Had he lived, I'm pretty sure his philosophy … and his teaching and training methods would have evolved because he was always evolving.

What a lot of people don't realize is that Bruce Lee, in a lot of ways, was still a traditionalist and kept a lot of stuff to himself. While people think he was anti-forms, he was still the best forms man I've seen to this day. Whether it was buk pai (northern style) kung fu or the tai chi he learned from his father, he still practiced it enough to retain the sequence of the moves and the flavor of the sets. I think that kind of precision movement training added a lot to the beauty of his movement.

Black Belt: What does your workout regimen look like these days?

The workouts that someone else takes me through go at the speed and intensity they dictate. So I tend to get pushed more in those sessions. It's great because I get to learn, but I also get to let someone else decide what I need to do. On one hand, I have to hope they don't push me so hard that I get injured, but on the other hand, most of the people I work with these days are at that skill level as instructors that they know how to tailor-make the training session to push me without breaking me. That's a skill that not every instructor has.

If one of my close students whom I can train with is around, I might work on drills with him until I feel like changing the pace. There isn't a particular time frame or program, either. It's organic. That doesn't mean it's lazy, though. There are so many different skill sets to choose from, but I just move at the speed and intensity that my body is asking for. That way, my body is usually happy after I finish a session.

Black Belt: What advice do you have for people who want to be able to keep training as they get older?

Dan Inosanto: Don't give up and keep moving. When you stop moving, your body starts locking up on you. You know that old saying "If you don't use it, you lose it"? It's true. Let me add one more bit to that:

If you don't work to improve it, you'll lose it, too. If you don't work on maintaining your range of motion and take it for granted, you might wake up one morning and not be able to use it without strain or pain. So the best policy is to deal with it before you get to that point.

I'm not saying it's bad to rest or take some downtime, but we can't let ourselves spend lots of hours on our butts. Sitting for too long locks up the hips, and then your lower back is going to have problems when your hips get tight. You've got to move at the level that your body is ready to allow, but you also have to keep working on preserving or improving that level all the time.

Also, working on being able to move around on the ground and to go from standing to the ground and back to standing is so important for your health. Lots of older martial artists might have had awesome breakfalls when they were younger, but as they get older and more established, they stop — and then they lose the ability to fall and regain their positioning with confidence. That's why I'm enjoying my aikido training with Haruo Matsuoka.

Read Part 1 of this interview here.