Cynthia Rothrock: Best Advice for Beginners in the Martial Arts 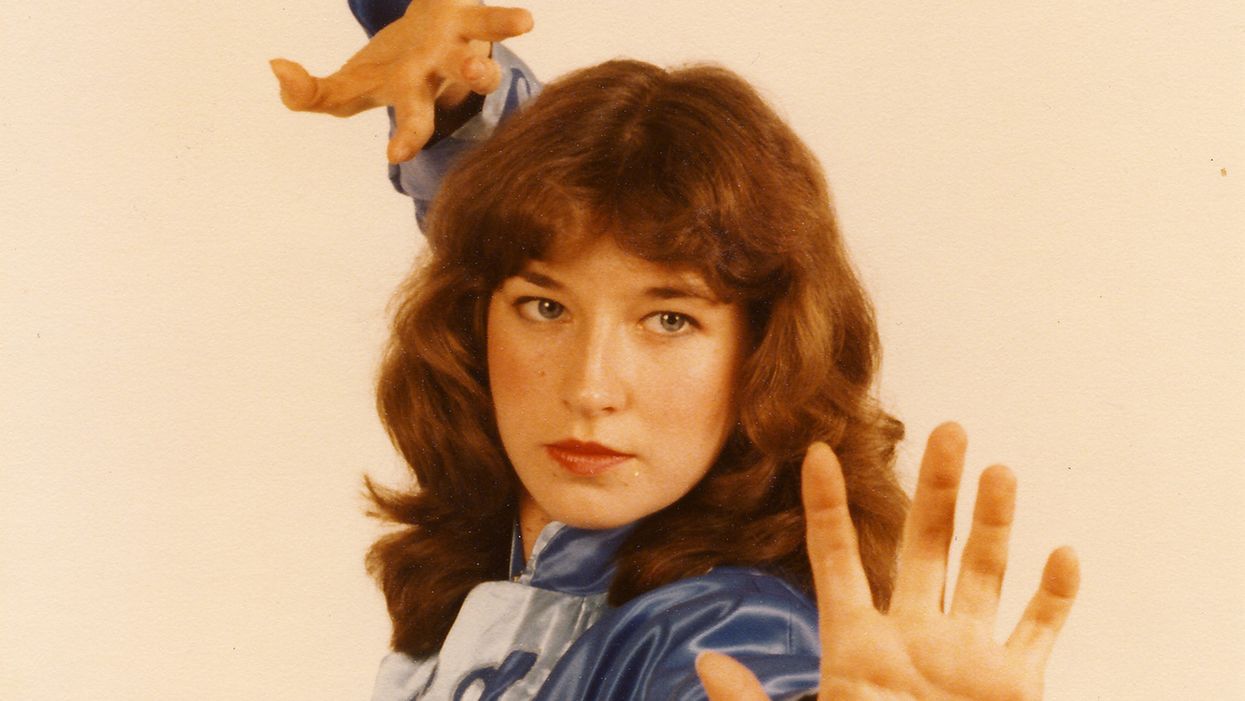 The Black Belt Hall of Famer tournament champ who became an international film star talks about choosing a school, competing in tournaments, finding a role model and never giving up.

“I was nervous as anything," Cynthia Rothrock said of her first tournament, after which she started to laugh. "I was an orange belt competing against black belts in forms. I was doing the most basic forms, and they were so advanced."

She ended up placing second in that event. It was but the first in a string of victories, for she went on to win the world forms championships from 1981 to 1985. In 1982 she became the weapons champion in the men's division, as well.

“I started at 13 years old," Cynthia Rothrock said. “I had some friends in tang soo do, so I gave it a try. When I was younger, I tried everything — piano, music lessons, other sports — but the martial arts were the first thing I really stuck with."

Since that time, she's earned a black belt in tang soo do and taekwondo. She also holds instructor-level rank in three Chinese arts: northern Shaolin kung fu, wushu and eagle-claw kung fu. It seems she definitely found something she could stick with.

Cynthia Rothrock on the cover of the February/March 2017 issue.

Despite all her experience, however, she still gets fidgety before performing in front of groups. “I always get nervous," she said. “It is sort of a nervous energy starting the form — but then I tune right in."

Cynthia Rothrock offers beginners some simple advice for dealing with butterflies in the stomach before kata competition: Make sure you know your form 100 percent. When you compete, don't perform any kata you're still working to perfect. Always do one you know well.

Although forms competition is great for kids, she believes youngsters should avoid full-contact sparring events. “Point sparring is good for kids as long as the tournament [officials are] in control and looking out for the children's safety," she said.

If you decide to get involved in tournaments, she added, always remember that competition is just one small part of the martial arts. If you lose, ask yourself why. Nine times out of 10, the answer will be that you weren't fully prepared.

Back in 1973 when Cynthia Rothrock started in the martial arts, choosing a style was tough enough. These days, with the hundreds of schools operating in large cities, it's even tougher. So how does a person choose?

Martial arts training is never easy, she said. You'll feel uncoordinated at first, but you shouldn't give up. If you practice, you'll get better, and the results will be extreme, she promised. You'll get stronger and stay in shape — and one day the training may save your life.

“When you take a martial art, try to learn the true art and keep the tradition," she said. “Each style has something different to offer."

Having a mentor or a martial artist you look up to can help you through the tough times in your training, Cynthia Rothrock said. For many years, her favorite was Jackie Chan.

“When I was taking classes in New York, we had a Chinese instructor who taught on Sundays," she said. “After the workout, he'd take everyone to Chinatown to see kung fu movies. I've always looked up to Jackie Chan and still respect him very much."

Rothrock is also a big fan of Chuck Norris: “He is a great martial artist who has made it big in film and television," she said. “He is the most friendly person out there."

Cynthia Rothrock's own acting career blossomed for many years — despite obstacles posed by on-again-off-again complaints about violence in movies and the fact that studios are reluctant to invest money in projects with female martial artists. “There are far fewer [roles] for women in action movies," she said.

But she never let that hold her back. In fact, she viewed it as just one more challenge. In much the same way that she was able to break down barriers and become a world champion in forms and weapons, she broke down barriers and became an international film star. That observation led her to give a final tidbit of advice to young martial artists who dream of doing big things in life: