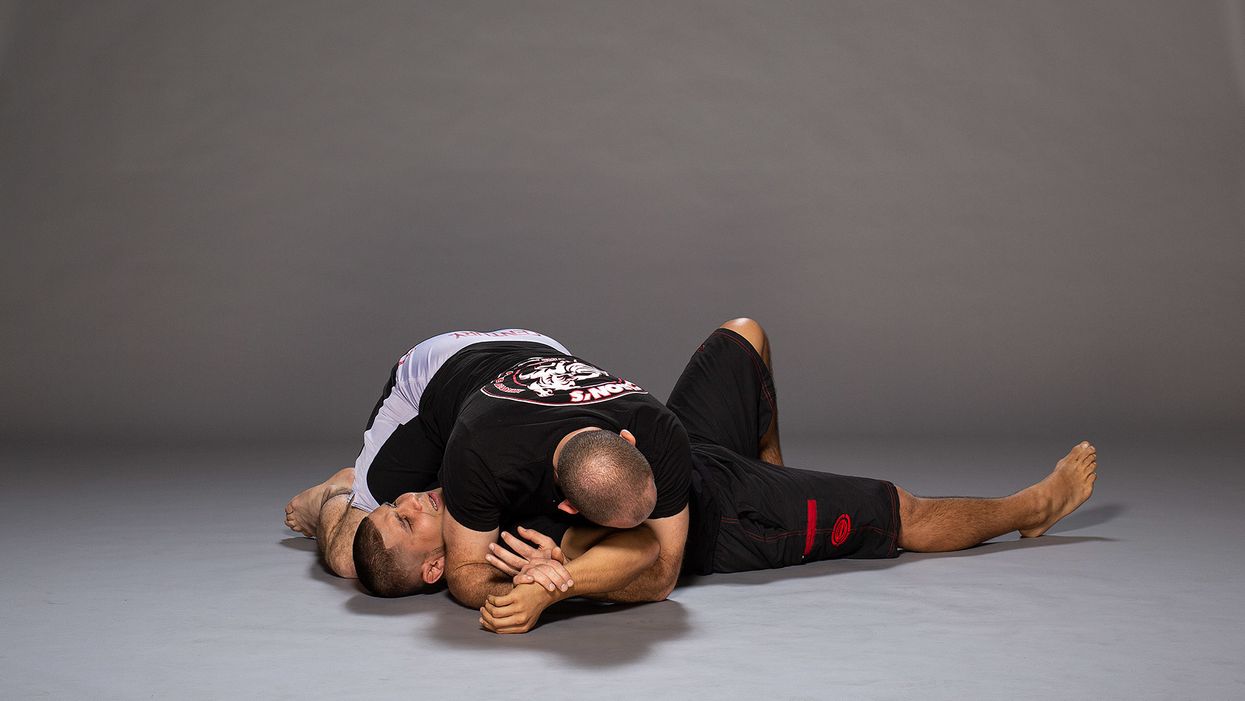 Those of us who teach the combat arts field such questions all the time. The inquiry usually has a simple formulation with the interrogator not quite aware that because of inexperience, he or she has made a vast open-ended query.

Of course, the questioner is not at fault. The problem doesn't begin until the person replying opens with, "Well, all you have to do is. …

"The implication that there's an easy answer to such a complicated physical question shows a good deal of shortsightedness — or a staggering amount of hubris.

Interestingly, we never succumb to the temptation to give simplistic answers to such encompassing questions in other physical pursuits — for example, if our interlocutor was to ask, "What if I'm playing football and he has the ball?"

Instead of replying, "All you have to do is this," you immediately would start corralling that question with your own counter-questions: "Who's playing?" "What's your position?" "What down is it?" "What quarter of the game are we in?"

If someone posed that same question on a sports call-in show and you heard someone answer with, "All you have to do is this," you'd know immediately that the person is new to planet Earth or at least new to the game of football.

Back to the titular topic: Counter-grappling involves so many factors that when you're hit with a question like‚ "What do I do if, …" you must home in on exactly what's being asked before you can offer advice. For example, if you learn that the question is, "What do I do if I'm caught in a crushing cross-body ride?" you can formulate a more cogent answer. But even then, you'll need to know if it's a low rider, a high rider or a centerline rider. Does the opponent own the cross-face? How about the underhook? Is he running knees, outriggers or hip cuts?

Without this additional information, your answer to the caught-in-a-crushing-cross-body-ride question is practically worthless.

By now, it should be obvious that the backbone of counter-grappling is a baseline knowledge of grappling. Strangely, some practitioners of the combat arts and sciences want to skip this requirement.

I find this curious. After all, one would never assume that one could do well against, say, a boxer or a Thai boxer without having any striking experience. That would be ludicrous. You need to have some knowledge of the "technology" of the game/domain you're seeking to thwart.

Students of the blade know this well. Any knife-defense tactician will tell you that to have a snowball's chance in hell of surviving an edged-weapon attack, you must have trained with a blade to build a baseline competence. It's the only way to even begin to garner an appreciation for what a knife can do. Then, and only then, can you hone your counter-blade concepts.

Attempting a counter-blade strategy in a vacuum where you've never even used an edged weapon would be insanity. It would be akin to trying to employ someone's "All you have to do is …" advice.

The reason people still dole out such solutions is they're able to get away with generalities. In counter-grappling, this usually takes the form of a "bottom-side buzz saw" response that entails biting, gouging, ripping, hair pulling or groin seizing, all of which supposedly can be conducted from the underside of the grappler.

It's argued that this wishful buzz saw will spur the befuddled and blindsided grappler to give up his superior position and fall prey to the awesome striking ability of the defender. Needless to say, this fantastical thinking is a recipe for disaster. Allow me to address two possible outcomes.

One: Let's go back to our feet, where many who offer counter-grappling advice are comfier. Assume that we're engaged in a straight-up boxing match and that we're the superior boxer with legit skills in the sweet science.

Now, let's say our opponent doesn't like how he's on the bitter end of the engagement, so he ups the ante and starts adding some stink outside the boxing vocabulary: an elbow here, a knee there, that sort of thing.

Again, assuming this match is for all the marbles, do we, as the superior boxer, fold up our tent and go home because our opponent bedazzled and befuddled us with his foray into the realm of dirty fighting? Does all our drilled-for timing, distance, footwork, evasion, power and finesse disappear because of a minor expansion of his arsenal?

I don't think so. We're now free to use all our superior skills with the addition of an enhanced and vicious arsenal that makes our superior game even more deadly. Our opponent's switch to dirt didn't negate us; it enabled and empowered us.

Two: By this same bit of thinking, should we assume that if we're facing someone who's powerful and skillful enough to take us to the ground against our will and have his way with us, all we need to do to negate his attack is go for a bite or a gouge?

Not by a long shot. That same superior grappler who took us down and kept us there now knows what we're attempting. The game becomes one of "Oh, we're playing this way‚" and just as with the superior boxer who was allowed to add more grit, the grappler who adds more grit is going to be grittier and nastier — and we will wish the game was back in the sedate world of being held down and having the life squeezed out of us.

The next time you encounter an "All you have to do is …" counter-grappling enthusiast, try this simple but safe(ish) test.

Have him glove up and agree to let a grappler dump him on the mat and hold him there. Now he should go to work with punches, hammerfists and open-hand slaps — while the grappler is permitted the same gloved-up privilege. See where that gets him.

And if the counter-grappling enthusiast utters something like, "Well, yeah, that's with gloves, but if I was to, …" just have him repeat the test with the grappler being allowed the same privilege.

It won't take long for you, as a wise martial artist, to see the value of training in all forms of combat that you wish to be able to defend against.