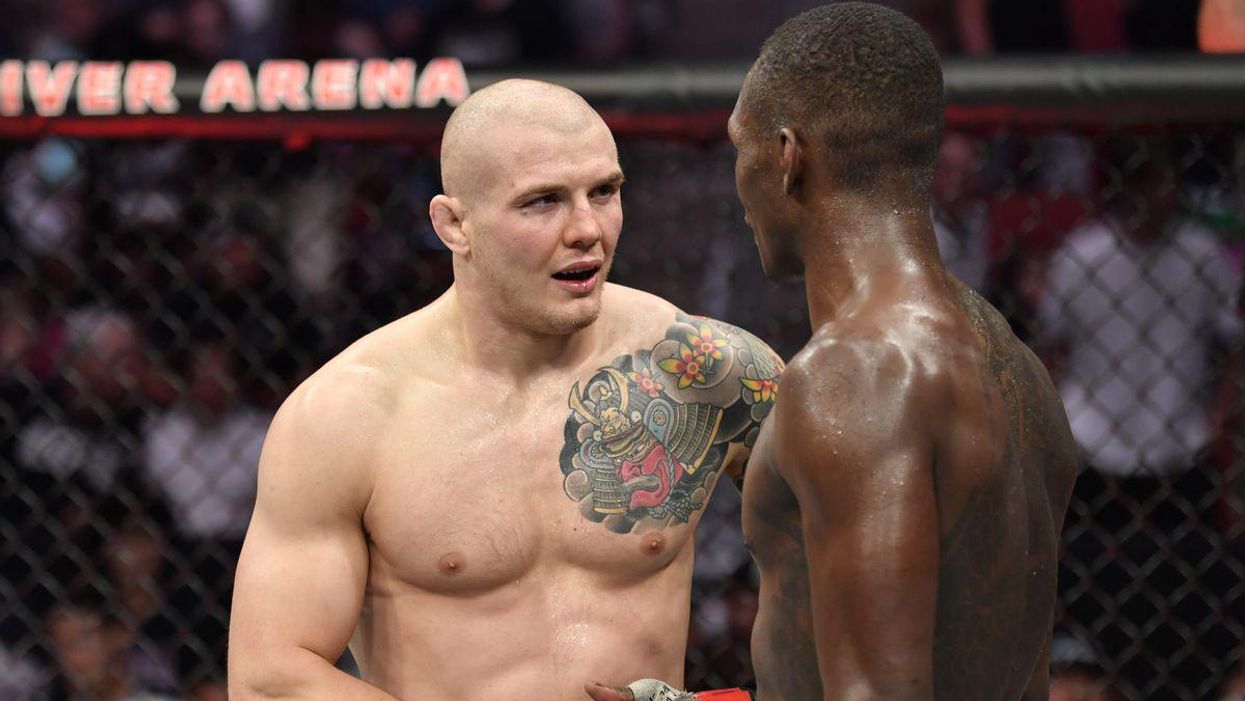 You may have heard a coach say, "We didn't lose, we just ran out of time." You have also heard, "Almost only counts in horseshoes and hand grenades." But wait just a minute! Are either of those actually true? You don't ever really almost get a point in horseshoes. It is true that a horseshoe width from the stake is a point that is not actually touching or hooked around the stake, but that is not technically speaking "almost", but rather a rule that means a point is earned – it is not almost a point, it is a point. And sorry coach, they don't add minutes to clocks, so Willy Wonka was right, you lose... good day, sir. Mark Twain (if it was actually him) pioneered the dad joke when he observed, "Denial ain't just a river in Egypt."

What are we to make of it when a fighter wins a fight on a disqualification in MMA and then is railed for it – even if it gives him or her a belt? Or when a fighter claims they got caught by a lucky punch and did not really lose? Or the more common scenario, when the judges are apparently watching cat videos instead of in-cage action and misappropriate a big W to the wrong opponent? It is such a strange phenomenon when someone signs a bout agreement with all of its inherent stipulations and then enters the competition having agreed to them, only to come out the other side with a loss to say, "Nope, I did not actually lose." (like Vettori telling Adesanya he felt he won their second matchup) Or, "Many felt I won that fight." Or, "I don't consider it a loss when my opponent used a totally legal strike that I did not see coming that took my consciousness from me and that invisibility to my perception I experienced was equivalent to it not having happened, so therefore I have concluded, it was not real and I have one less loss on my record than you think I do, so there!" Alright, maybe that is never actually said out loud, but hopefully the point is made.

Has a football team that lost a championship game ever had shiny rings made in defiance because they felt in their hearts they did not lose? Has a baseball player ever said, "I know to you it looks like I struck out, but in my heart I hit a triple to right field... oh, and that pitcher did not strike me out either and shouldn't have a K on their record." Are these mere coping mechanisms? Are they psychological tricks played to stay mentally in a very tough and mental game? Can everyone employ this tactic in daily life and if so, why is this not taught in school? Professor, I feel that was an 'A' paper and I don't acknowledge the lack of degree on my wall at home. I am a graduate in my mind.

Combat sports are extremely extreme at their core. There are actually not even a lot of rules in Mixed Martial Arts when it comes down to it. But when they are there, it is pretty unbelievable they would be agreed to by all parties, commenced as authoritative, enacted in their exact intended purpose, and then summarily dismissed – by the participants! We would expect it from fans who have one eye on the fight and the other on some nachos, but the actual fighters? If the rule says a knee to a downed opponent is illegal; and then a knee is very well-placed to a downed opponent, how in the world can it be that the downed opponent could be seen as a bad guy after the fact? Or if you punching me breaks your hand, does that not mean my face won the exchange? Yet, time and again, we will hear a fighter say his unwanted outcome was due to a broken hand while not crediting the opponent who followed all the rules.

There are indeed tough calls and not every one of these situations that happen in MMA is clear or cut and dry, but more often than not, the rules are followed and no amount of complaining brings law enforcement out to take a report on a robbery that took place in a fighter or fan's mind. We don't get to say we are competing in a sport with rules, then ignore the rules, concluding we are winners in the sport. We don't get to say we won when the officials say we lost. We don't win because we say so. And of course, there is no ball to take home from MMA's schoolyard either.