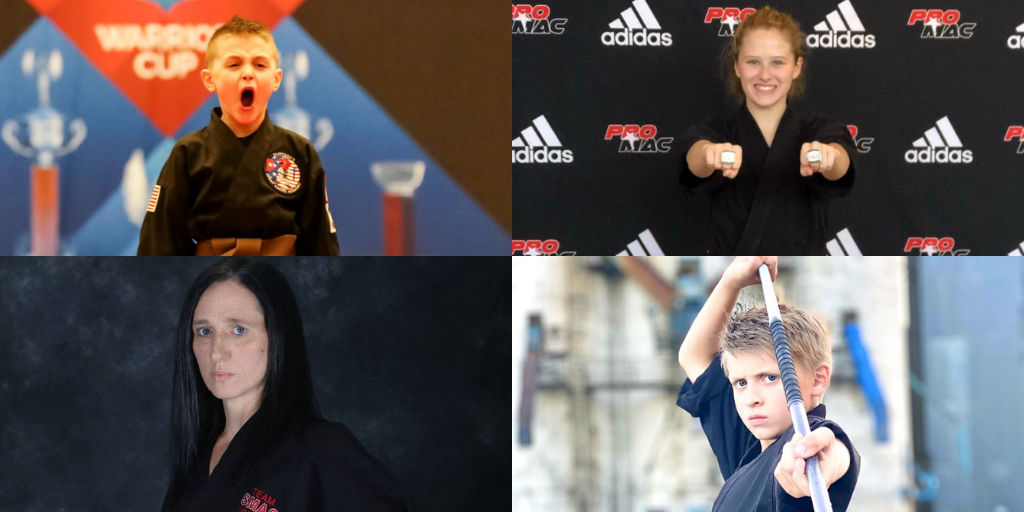 One of the top forms and weapons teams in sport karate deepens their roster with four new members.

"The Competitive Edge Competition Team has added four new members to the roster! The team and coaches are very excited about these talented new members and we are looking forward to seeing a return to in person events for the 2021 season."

Ryan has been training for 4 1/2 years and is moving up to the black belt division this year. His underbelt accomplishments include 2x NASKA National Champion, 2019 PROMAC 13 and Under Competitor of the Year, and 2x Underbelt Warrior Cup Champion. His older brother Brady, is a member of Competitive Edge and they have an established synchronized form. When he is not in his basement dojo training, Ryan enjoys playing piano, sketching, and outdoor activities.

Dax has been training for 7 years and will be a fresh face on the NASKA scene after having success on other circuits. Dax is a 6x World Champion and is developing quite a following on social media. When he is not showing off his multiple spin releases to his social media followers, Dax enjoys disc golf, hunting, fishing, and mentoring younger children.

Anna Beth has been training for 9 years and has been racking up wins on the PROMAC circuit and starting to get noticed on the NASKA circuit with many first place wins, earning spots on both NASKA World rankings and Black Belt Magazine's rankings. When Anna Beth takes a break from martial arts she enjoys hunting and going to the gym.

Amy is Competitive Edge's first senior member and has been training for 7 years. She holds a World Championship in Creative Weapons. Her daughter, Eden, has been a member of the team for two years and, in fact, all of her 6 children train in the martial arts. When Amy is not being a super-awesome ninja mom, she is an adoption advocate and enjoys cooking, gardening, and reading.