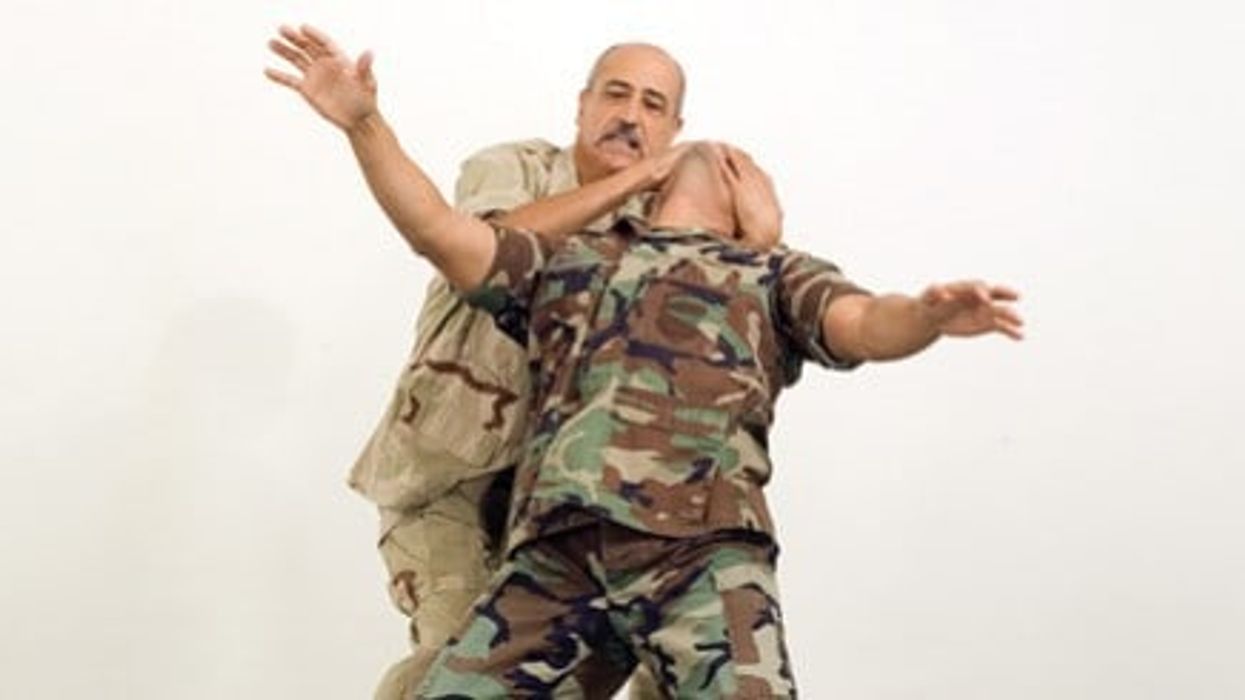 Combat-hapkido creator andBlack BeltHall of Fame member John Pellegrini is one of the world's leading authorities on hand-to-hand combat. In this video, he demonstrates the combat-hapkido method for defending against a throat grab. In a street attack, things can get ugly real fast. An attacker can reach for your throat, aiming to either stop you in your tracks and take your wallet or aiming to stop you in your tracks permanently. During military combat situations, such an attack is usually aimed at the latter conclusion. So self-defense moves such as those used in combat hapkido are designed to quickly immobilize an opponent and render their attack ineffective — as demonstrated in this video:

The attack in this video is staged slowly for demonstration purposes, but John Pellegrini's response via fast self-defense moves is anything but slow. He immediately deflects the course of the opponent's outreached arm at a speed sufficient to counter a full-speed attack.

Is your body ready for intense full-speed self-defense moves? Start getting it ready by downloading this FREE Guide today!
The MMA Diet: How to Fuel Your Tank for Better Execution of
MMA Techniques and Self-Defense Moves!

"He tries to attack me ... you know, grab me by the throat or punch me or whatever ... I'm going to move [his arm] this way," John Pellegrini explains as he launches into combat-hapkido self-defense moves that immediately remove him from the line of fire, as it were, and to the outside of the attacker's grip.

Once he's on the outside, he can then use further techniques to hit the opponent's support structure to start the immobilization process.

"I'm going to attack the leg that supports the weight of the body while I hit the face," John Pellegrini says, explaining the next stage of this scenario. The simultaneous buckling of the leg coupled with the facial impact sends the opponent to the ground quickly and decisively.

While it may seem obvious, John Pellegrini stresses that speedy reflexes and protection of vital points are essential training points for effective execution of combat-hapkido techniques. “The logical thing to do is protect your windpipe," he says. “Most other courses of action can leave you incapacitated. Since you never know what's coming, it's best to use what warriors call mushin, or the 'mind of no mind.' Don't form in your mind [an image of] what's going to happen. Instead, keep it clear so you can react and adapt without hesitation."

John Pellegrini is the author of the book Combat Hapkido: The Martial Art for the Modern Warrior, a full-color book that explains how classical hapkido techniques inspired the street-effective moves in his system and how the self-defense moves of combat hapkido can be used to defend against strikes, kicks, grabs, chokes, knives and guns. To contact him, write to Defensive Services International Inc., 4960 S. Gilbert Rd., Suite 1-485, Chandler, AZ 85249. Or call (480) 895-9700 or visit the Defensive Services International Inc., website at dsihq.com.