Chuck Norris Throwback: How to Choose A Martial Arts School 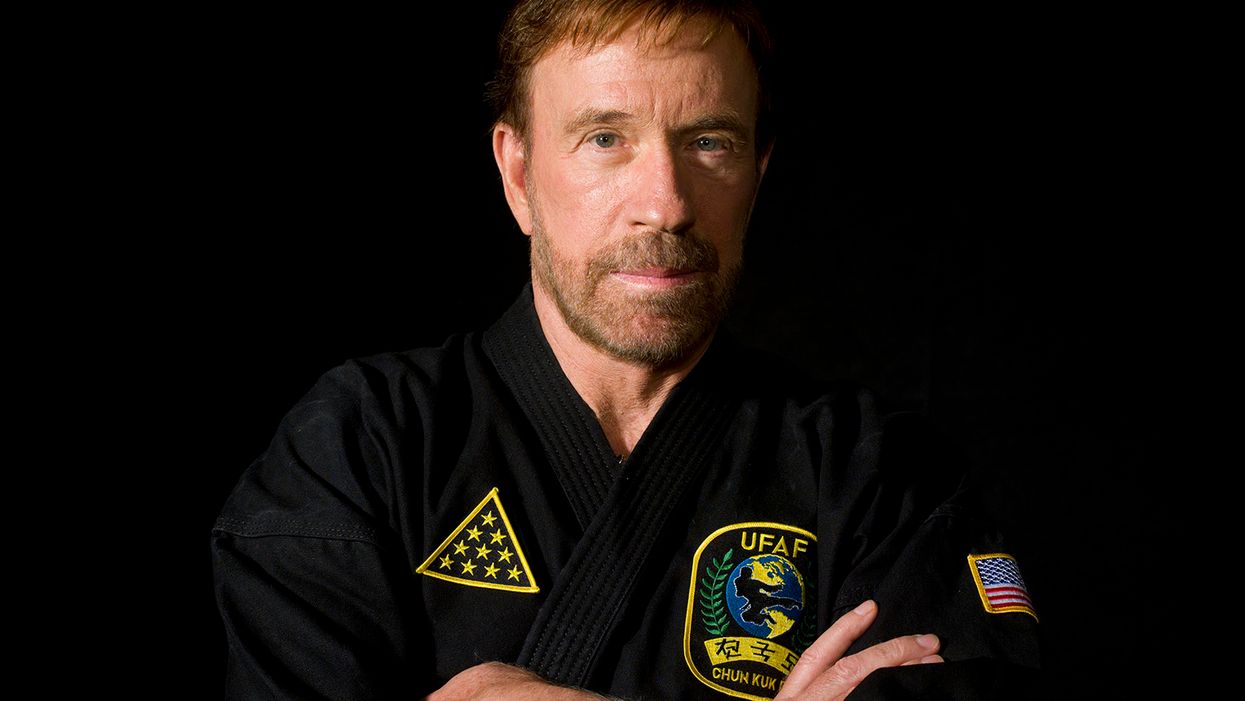 Long before he became a movie hero and a martial arts legend, Chuck Norris actually had enough free time to answer questions from readers. Prepare to time-travel back to the 1970s for some vintage Chuck.

In a recent letter, someone mentioned his interest in taking karate lessons. He wanted to know what questions he should ask a prospective instructor to find out how well that instructor could train him. I'm sure there are many more people who are in a quandary about this, too.

Each instructor is naturally biased toward his own style. Each will naturally say his style is superior. As has been said so many times before, however, an instructor is only as good as the students he turns out. He need not be the greatest karateka (karate practitioner) in the world. He need only be a good, patient and sincere teacher.

To the prospective student interested in finding the best school and style suitable to him, I would recommend that you first contact the various karate schools in your area to find out when they hold promotional testing and whether spectators are allowed during the test. Most schools will allow people to view the testing, and I would be rather skeptical of schools that don't allow spectators or those which give out belts without a test.

Once the test begins, observe not only the person testing but also those who are awaiting their turn to test. See if they are disciplined enough to sit patiently and quietly while their fellow students are being tested.

Next, see if the candidate shows proper respect to the person or persons testing him. Respect and discipline are the foundations for any good school. Throughout the test, observe the physical conditioning of those being tested. The test should be hard enough to make them exert themselves, and their condition should be such that they can take it.

During the test, you can also see what that particular school stresses most. Do they perform many forms (also called hyung or kata)? If so, are they hard forms or soft? Do they concentrate on the use of the hands or the feet, or do they use them equally? These points should all be considered in your selection of a school.

The prospective student should also have a chance to see if the use of weapons is required or if there is an emphasis on board breaking. Also, find out also how much importance is placed on free-sparring. During the sparring, see how much control is used by the participants. This is a very important point.

While at the studio, you will have a chance to observe the facilities it provides. See if these are up to the standards you have in mind. You might also check the following, if they are important to you: the appearance of the students (their uniforms should at least be clean and ironed) and the average age of the people testing.

Compare the amount of time required by each school between each testing cycle and between each grade. If one school requires a minimum of one year before the green-belt test and another requires only six months, I would say the first school's green belts, on average, would be superior.

Last but not least, check the instructor. How does he handle himself? Is it in a mature way? What is his appearance like? Is he setting an example of neatness? Does he appear to be in good physical condition? Would you be proud to point to him and say, “That's my instructor"? These are some of the things you should check when trying to find a new school for yourself.

For more information about Chuck Norris, visit his official website.

Whittaker Dominates at UFC on ESPN 22

Robert Whittaker put on a clinic in modern mixed martial arts technique Saturday night in Las Vegas winning a lopsided unanimous decision over Kelvin Gastelum at the main event of UFC on ESPN 22. The former middleweight champion mixed an array of punches, kicks, wrestling and groundwork all night long that left Gastelum perpetually a step behind.