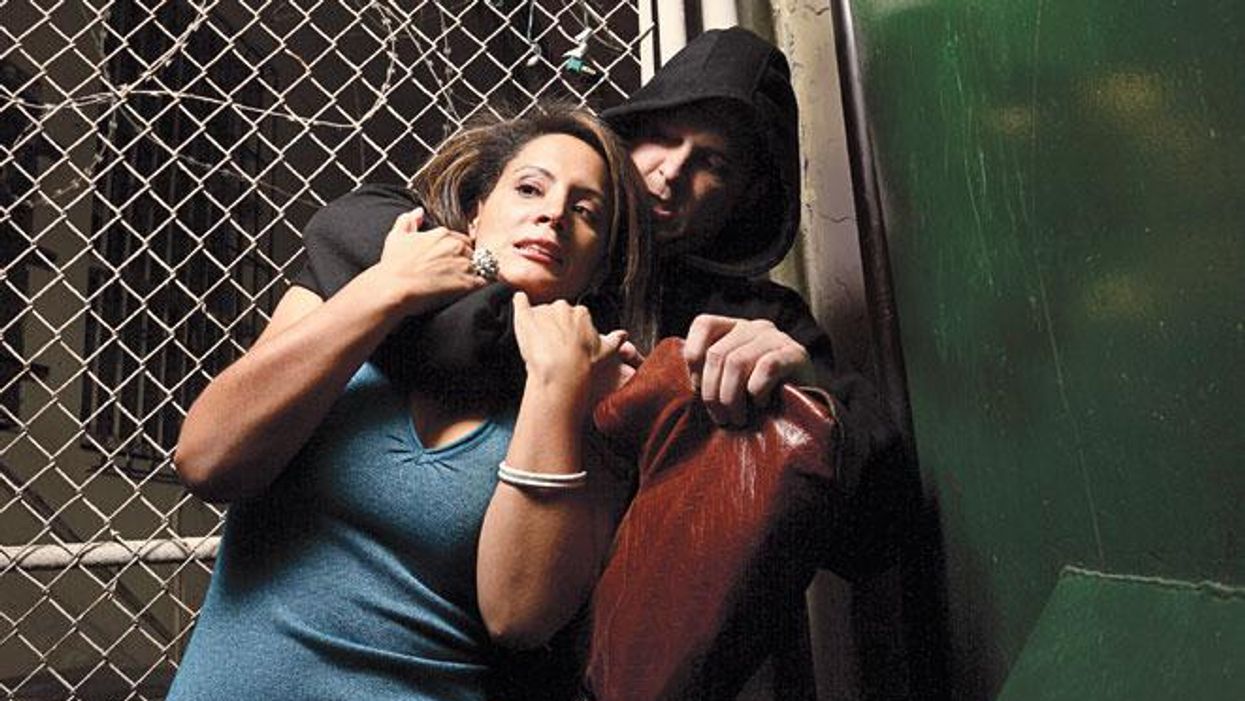 1. An attacker puts you into a headlock. What legal level of force are you permitted to use?

2. An attacker is choking you. What legal level of force are you permitted to use?

The answer for both questions is C) Deadly force. That's because both situations are identical.

I posed two questions, and now we're going to look at two related topics: self-defense and the legal issues concerning the neck area.

Whenever someone puts you into a choke hold, and a "headlock" is a choke hold from the side, you must apply, what I have labeled, the ABCs of Chokehold Survival.

A – is for Airway Priority. When someone puts his or her hands around your neck and squeezes hard, or he or she wraps their arm around your neck to apply enough pressure to cut off your air supply, then indeed getting air is your first priority. By "air" I mean both the airway and the blood vessels going to and from the brain carrying the oxygen, for you need both to survive. Cutting off your air supply is enough to justify using deadly force, and that's because it can take as little as three seconds for you to pass out if your carotid arteries are squeezed enough to prevent blood flow, such as with a Carotid Chokehold or Carotid Restraint Control Hold. Once you are unconscious the attacker can finish you off. Another possibility is that It takes less than a second to crush the larynx, commonly called the voice box, which can lead to suffocation.

B – is for Break the Hold. Since you only have less than a second to survive a chokehold, assuming you're in the worst-case scenario with your esophagus being crushed, you must use the most effective, hard-hitting, technique you can in order to "break" the attacker's hold from your throat or neck. The technique you use depends entirely on the position of the attacker, for a choke can come from four different directions: from the from, from the rear, from the right side, or from the left side. However, no matter what technique you use, you'll only get one attempt at it. This means you must bring your chin down hard, turn the head and shoulders as a unit to reduce the direct pressure on either the carotid artery or throat, and pull or push the attacker's hands or arm off your neck before attempting anything else.

C – is for Counterattack. Once the attacker's hands or arm is removed, or rendered less effective, you must strike the attacker to make him or her stop their attack, which may include deadly force (the amount of force that may result in serious injury or death). After all, the attacker was trying to kill you – literally. When someone tries to cut off your air or blood supply, that is attempted murder.

Photo: A male instructor is "choking" a female student in my Women's Survival course in Solingen, Germany. It is her first time experiencing this type of attack, without any prior instructions from me, and her instincts tell her to open up her airway. However, she did not succeed, because she does not have the strength to strip the attacker's hands off her throat, and she just wasted precious seconds. After this photo was taken, she was taught how to properly trap the attacker's hands to reduce the pressure to her neck, while at the same time rotating her body to make the attacker lose balance in order make him release the grip or render it less effective. Afterwards came the counterattack and escape.

Now for the legal issue. When the police are questioning you, don't make the mistake of stating that the attacker put you into a "headlock." Sure enough, the arresting officer, and then the judge later on, is going to think, My brother used to put me in a headlock all the time, but I never killed him to get him off of me.

Words are powerful, and sometimes certain common terminology we use can be detrimental when giving a statement. No, you were not just wrestling around with someone, but you need to clearly state, "Officer, he had his arm around my neck, squeezing with all his might, which was cutting off my air! I couldn't breathe! I thought I was going to die! I had to get him off of me, and so I…"

If you say that, which is the truth, then that is a mental picture anyone can understand.

Photo: I am coaching a SWAT officer in my SWAT Defensive Tactics course in Los Angeles, California using the jump start command, "ABCs of a Chokehold!" to help him survive the attacker's chokehold. The police officer cannot afford to pass out, or else his own gun can be taken and used against him. He did manage to get out of the chokehold, but his helmet made it more difficult. This is why I have my students train with their equipment on. Train as you fight.

Click Here for a full German translation of this article courtesy of Ajeeth Sivanayagam of Reality-Based Personal Protection Germany.