What do BaGua, Iron Shirt and Kung Fu Movies Have in Common? (Part 1) 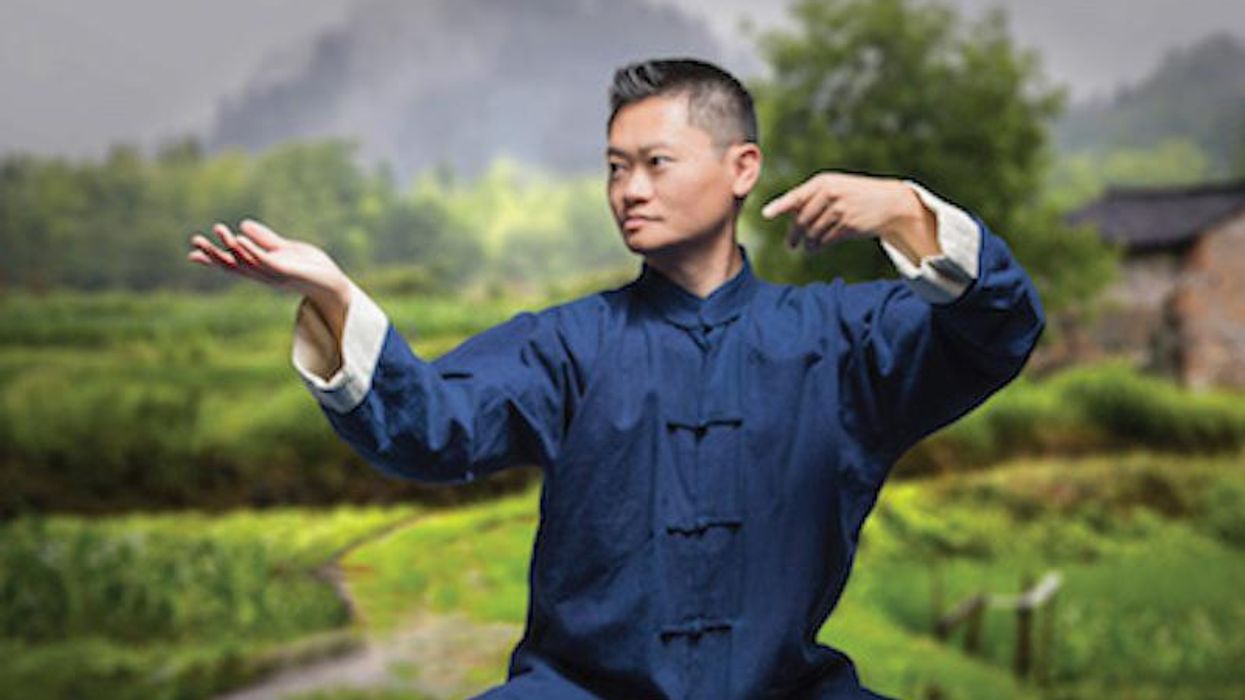 As a practitioner and enthusiast of internal martial arts, I am always on the lookout for great teachers and representatives of those styles: Tai Chi, BaGua, and Xing Yi being the most popular. While there are many teachers, there are few that are gifted in teaching the principles clearly, and fewer still in demonstrating proper execution of the techniques and form. Chenhan Yang is unique in his ability to do both.

Chenhan Yang is President of Shouyu Liang Wushu Taiji Qigong Institute, and also a gifted teacher with five volumes of DVD programs covering Chen Tai Chi and BaGua. How do great martial artists arrive where they are? What lessons can they teach us? Yang shared his martial arts journey, and why studying martial arts is an important part of his life. Read on for his intriguing story.

Whether it was The Green Hornet, Enter the Dragon, Good Guys Wear Black, Kung Fu, or any number of other classic films and television programs, most martial artists were drawn in by their heroes executing flawless techniques and dismantling the bad guys with aplomb. Chenhan Yang was no exception "Like many boys, I started to have an interest in martial arts from watching many Hong Kong Kungfu action movies and TV shows. I marveled at seeing them flying over the trees or rooftops. At that time, Hong Kong action movies were very popular in Asia, and I was crazy about all the fighting scenes in the movies. I didn't take any martial arts lessons, but I would watch TV and movies from videotapes and try to imitate the movements in the fighting scenes. I'd repeatedly play one single movement in slow motion over and over again for hundreds and thousands of times just to learn that movement."

Despite his interest and ingenuity in learning what he saw on screen, Yang's parents wanted him to focus on his schoolwork, and so his practice was limited to solo training in front of a mirror. His dedication would serve him well, later on, when he did begin to formally study martial arts. At the age of 14, Yang moved from Taiwan to the U.S. before ultimately moving to Canada. Figuring he would only have a couple of months before the move, his parents let him study, and he got his first lessons, "They thought I would only have two months there, so they let me do the things I wished to do. Luckily, my close friend's classmate's father happened to be a Wushu Coach, Coach Wang. I started my first formal Wushu lessons with him and followed him for two months. Later, he introduced me to world-renowned master, Grandmaster Shouyu Liang who lives in Vancouver. When I moved to Vancouver, I went to visit Master Liang's gym and started my training under him, until now."

Tai Chi is probably the best-known branch of internal martial arts, with BaGua and Xing Yi families of styles following distantly behind. Chenhan Yang is a master of Tai Chi and BaGua and has a great set of instructional videos of each. But what makes one go from the flamboyantly familiar to seeking more meditative styles? Yang explains how he first began studying internal martial arts, "I didn't know much about internal martial arts back then. I was young and was more excited over those cool kicks, jumps, and combinations of external wushu movements and forms."

For his first black belt test, Grandmaster Liang required that students master at least one internal martial arts form. Yang started with the Tai Chi 24 movement form and then moved on to the Chen style form. Though different from what he was used to, Yang found he enjoyed the internal styles, "From Chen style Tai Chi training, I started to grow more interest in other styles of Tai Chi as well as other internal styles. I started to train Xing Yi, BaGua, Liu He Ba Fa, Wuji, and more. I really like the combination of training from both internal and external martial arts. They have allowed me to see the many different aspects of martial arts. External and internal styles have different approaches to reaching the same goal."

For those interested in trying out internal martial arts, is there a best style to start with? Yang advises, "I would say there is no one art that is better to start with than another. Every art is unique and valuable. They each have a different focus and approach, but in the end, they all are reaching for the same goal, which is harmony and balance. When choosing an art, I would say the best thing to do is to look around and understand what they are and pick the one that is most suitable for you.For example, if you enjoy slow movement and a gentle and meditative type of exercise, Tai Chi would be a good start. If you like a solid and more powerful type of exercise, Xing Yi is a good choice. And if you like something more agile, complex, with quick motion, Bagua would be your consideration. There is not a best art, there is only the most suitable art for each person." Click here for more on Chenhan Yang.

David Clifton
sport karate judging
amkorkarate.com
Judging your own students or teammates is probably one of the biggest controversies on the martial arts tournament circuits. But what people really mean by that needs to be defined. I think what people really mean is don't judge your own students or teammates in black belt divisions. I guess my question would be why it would be acceptable to judge your own students in a colored belt division and not in black belt. When you think about it you either have integrity or you don't.
Keep Reading Show less

As the medal results roll in from Tokyo, and the numbers are tallied, it is important to remember that just to participate in the Olympic Games is a goal few athletes ever achieve. As a fan of Judo, high-level human achievement, and elite athletes, I thought it would be helpful to gain some wisdom from a real live Olympian.

Enter Nefeli Papadakis, who at 22, is the youngest member of the USA Judo team. Papadakis is from Gurnee Illinois and started studying Judo at the age of 4. She is coached by her father, Steve Papadakis, and the two have been on the long road to the Olympics together.

Imagine standing at the edge of the stands, seeing her stroll confidently toward the mat, and getting just enough time to ask five questions.