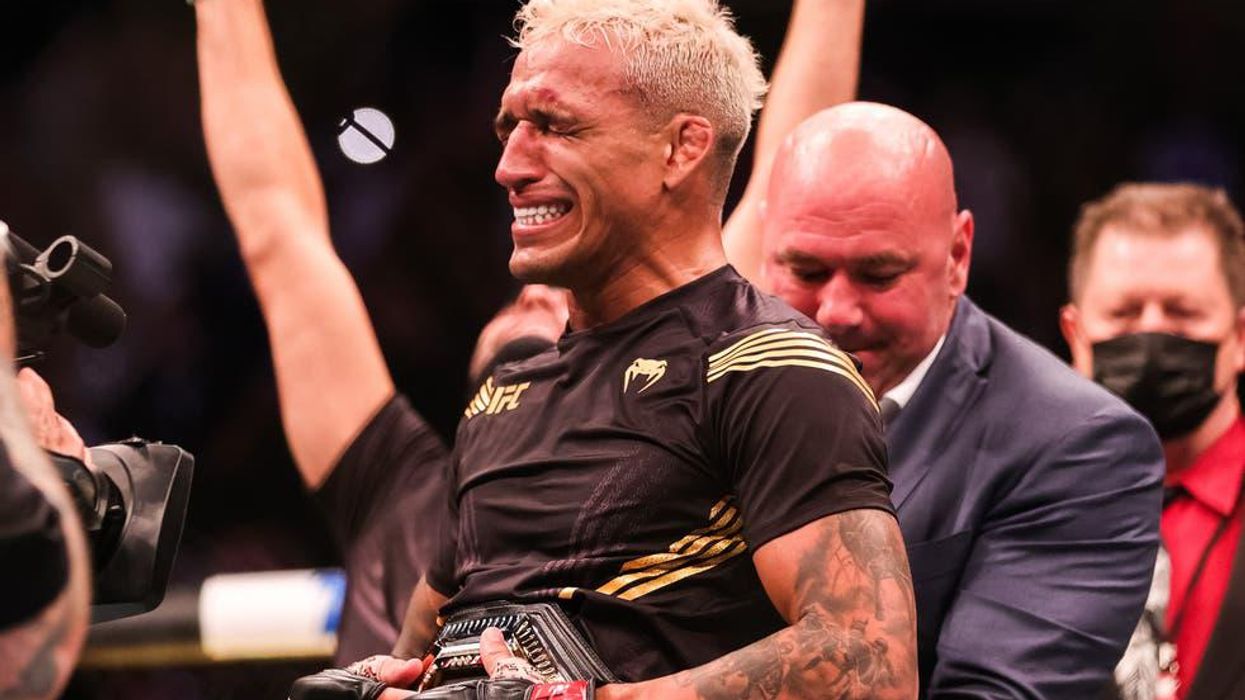 In a back and forth battle, Charles Oliveira finally claimed UFC gold winning the lightweight title against Michael Chandler in Houston, TX Saturday night. And Oliveira, the UFC's all time submission king with 14 wins via that route, did it on his feet knocking Chandler out in the second round.

The Brazilian opened with low kicks but Chandler quickly took the fight to him scoring a damaging left hook. He then dropped to the ground attempting a guillotine choke but Oliveira worked out of it to take Chandler's back. The American was eventually able to explode out of the position and regain his feet though, from there raining punches down on the prone Oliveira.

Oliveira managed to get back standing but was quickly put down again by Chandler's punches seemingly on the verge of being stopped. Somehow surviving to the end of the round, Oliveira came out looking fresh to start the second and after missing a right hand, followed up with a textbook left hook that dropped Chandler. Though he got back up he was finished moments later as Oliveira captured the title in his 28th UFC bout, a company record for the most fights before claiming a championship.