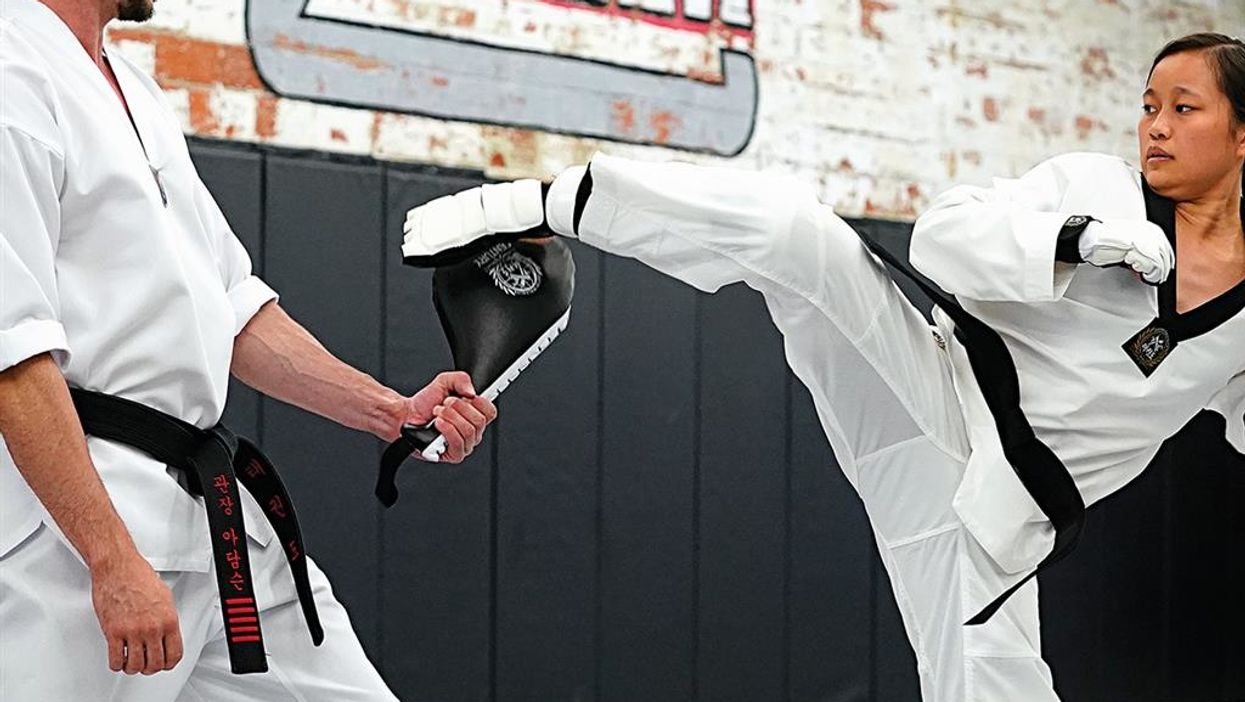 Over my 35 year in the world of martial arts and combat sports, I've used many variations of paddle targets, from different brands and different manufacturers. In fact, I've used enough of these items, and for long enough, to develop a favorite: the Drive Double Target from Century (in my school, affectionately nicknamed "the Clapper" or "Porkchop").

The long-lasting quality and durability has kept them in this top spot. These targets are made of a combination of polyurethane and foam padding to better absorb the impact of strikes of varying strengths from all types of practitioners: child or adult, beginner or master, featherweight or super heavyweight.

What I'm trying to say is these little suckers can take one heck of a beating and still maintain their quality for many years to come! Come to think of it, I still have some of the Double Targets that I purchased over a decade ago being used to this day in my academy and in my personal gear bag!

In my academy, we consistently use the Double Targets for everything from punching to kicking drills, as well as knee, elbow, parrying, and evasion drills. We're consistently improvising new ways to use the Double Target, too – although its primary use is in combat drills, that's far from the only use. For example, we incorporate them into obstacle courses in our after-school program and evening youth classes, and in fun martial arts-inspired games on the days my students have a well-earned free day.

Heck, we've even used them for non-martial arts inspired games, such as one we call "Keep It Up." In this game, kids must pass around one Double Target and collectively take turns using it to keep a light air-filled balloon from touching the ground. If a student lets the balloon touch the ground – for example, by not passing the Target quickly enough to get a fair shot at it – they're "out" until the next round of play. Trust me, this particular game is one of the most popular activities (what can I say? Kids love balloons). It also builds teamwork, coordination, and awareness in little kids.

Another unconventional yet tradition-based use I've found for the targets is incorporating them as position-adjusting tools. For example: Let's say a student's arm, leg, hips, back, or even head is in the wrong position. I'll walk up and give them a little bop on that specific appendage with the Double Target. The student instantly know there's something wrong and that they need to make adjustments. Giving them the tap as a clue, rather than just saying, "Kevin, move your left foot out wider," really makes them think about the position and what they need to do, so they retain it better for the future. This is a gentler version of what my old instructor used to do with a bamboo cane!

In closing, the Century Double Target is only one of so many Century product lines that I have, am, and will continue to proudly recommend to anyone looking to add a new high-quality tool to their training arsenal for anything you can dream up. "Your only true limit is your imagination!"

Sifu Jimmy Manfredy is the chief instructor at Twisting Tiger Academy in Lakeland, Florida, where he teaches Jeet Kune Do and Wing Chun Kung Fu. A martial artist since the age of 5, Sifu Manfredy has also worked as a stuntman in several films.

Bruce Lee Still Remembered on 80th Anniversary of His Birth