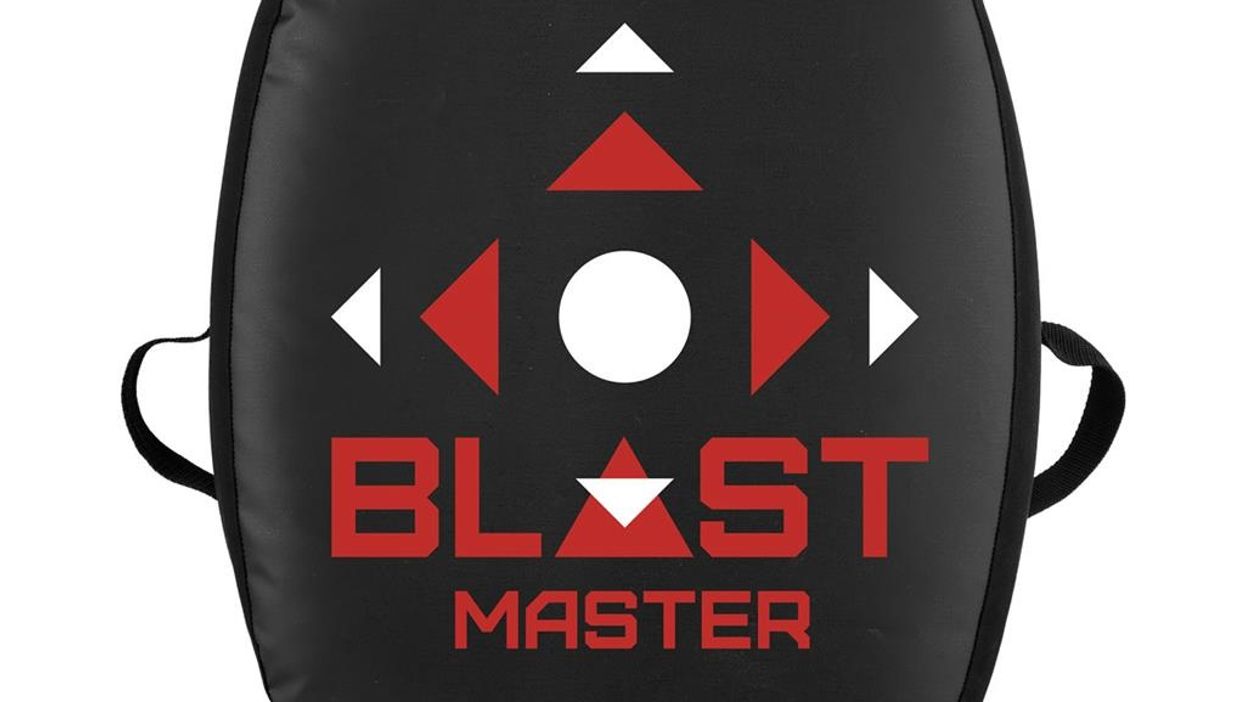 Joshua Clemmer is the head instructor of Wolf Pack Martial Arts in Waldron, Arkansas. A fifth-degree black belt, Clemmer has been training since the age of five. His school offers classes for kids as young as four, all the way through adults. It turns out the Blast Master is great for all of them!

The Blast Master Shield has been around for many years and has been a staple in my martial arts journey. It has been a tool that has helped me elevate my own training, as well as my class instruction on many different levels. It's a very versatile tool to have in any school.

The most obvious use is as a striking target. With its air tube and foam core, the Blast Master enables students to hold a target for very heavy kickers without injury. Many foam targets and shields do not provide adequate protection and can lead to rib or even head injuries. These shields do an incredible job at dispersing the energy of a strike.

We also like doing a drill where our students get into groups of three. One person holds the Blast Master and the other two people stand opposite each other on either side of the holder. One person throws a turning round kick, then the other person goes. Then they do two kicks each, then three kicks, then four, all the way to ten. This keeps the kickers motivated and provides a little competition for speed and power.

There are a lot of other applications for the Blast Master Shields besides kicking that are just as fun and challenging. For example, we use them for jumping obstacles, often doing lateral jumps over one, two, three, or however many shields the student feels capable of jumping over.

They also provide great balancing aids for kids. Since they are thicker than most shields and have an air tube, they provide a much more unstable base than a flat foam pad. We use these a lot as "lava" rocks during obstacle courses and have students jump from one to another. They provide a nice rocking motion which makes them work on balance.

We also like to use them for students to stand on while playing King of the Hill. Two students stand across from each other, each on their own Blast Masters. Each student also holds a Blast Master in their hands. Then they try to push each other off their shield (or hill). Again, this is great balance-building drill!

Ultimately, as a school owner, if I had to choose only one piece of equipment to have in my school, I would choose the Blast Master Shield. It has proven to me to be the most versatile and productive tool in my dojang. Plus, with a name like Blast Master, it just makes you want to hit something hard!