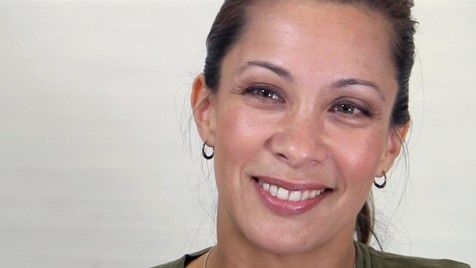 Black Belt: What's the name of your new movie, Diana?

Diana Lee Inosanto: [The movie is called] Sinners and Saints. It will be coming out on January 10, 2012. It's directed by William Kaufman. My husband Ron Balicki is the co-producer and stunt choreographer.

Would you call Sinners and Saints a martial arts movie?

I would never classify [Sinners and Saints] as a martial arts movie, but you will recognize that there's martial arts in it. There are some very creative fight scenes. Johnny Strong, who has a jiu-jitsu background, and my husband came up with some great choreography. You'll see a lot of shoot'em-up scenes but also a lot of good fights.

Who else is in Sinners and Saints?

There's Johnny Strong, who was in Black Hawk Down. Bas Rutten is in it, and so is Sean Patrick Flanery from The Boondock Saints. There is Kevin Phillips, an up-and-coming star who's in a new Steven Spielberg movie. And there's Oscar-nominee Tom Berenger and Costas Mandylor from the Saw movies. We have a really strong cast.

What was your role in the making of Sinners and Saints?

I was a co-producer, as well as the stunt coordinator in the Los Angeles unit.

Do you see yourself being typecast in Hollywood as a maker of fight films? If so, is that something you want to get away from?

Because of the success of The Sensei, which is not a typical martial arts movie—it's a dramatic piece—I've been able to expand more. I don't think anyone will watch Sinners and Saints and say, "This is a martial arts movie," because it's not. Yes, there are fight scenes and there are [other martial arts] influences, but I've been working hard to think outside the box.

But with your background, you must feel compelled to ensure that any martial arts scenes in your movies are as realistic as possible.

Yes. I like to make it as natural and organic looking as much as possible.

Will Sinners and Saints have a theatrical release?

My understanding is that it will be released on DVD, online, pay-per-view and video-on-demand.

For more information about Diana Lee Inosanto, visit her homepage at dianaleeinosanto.com