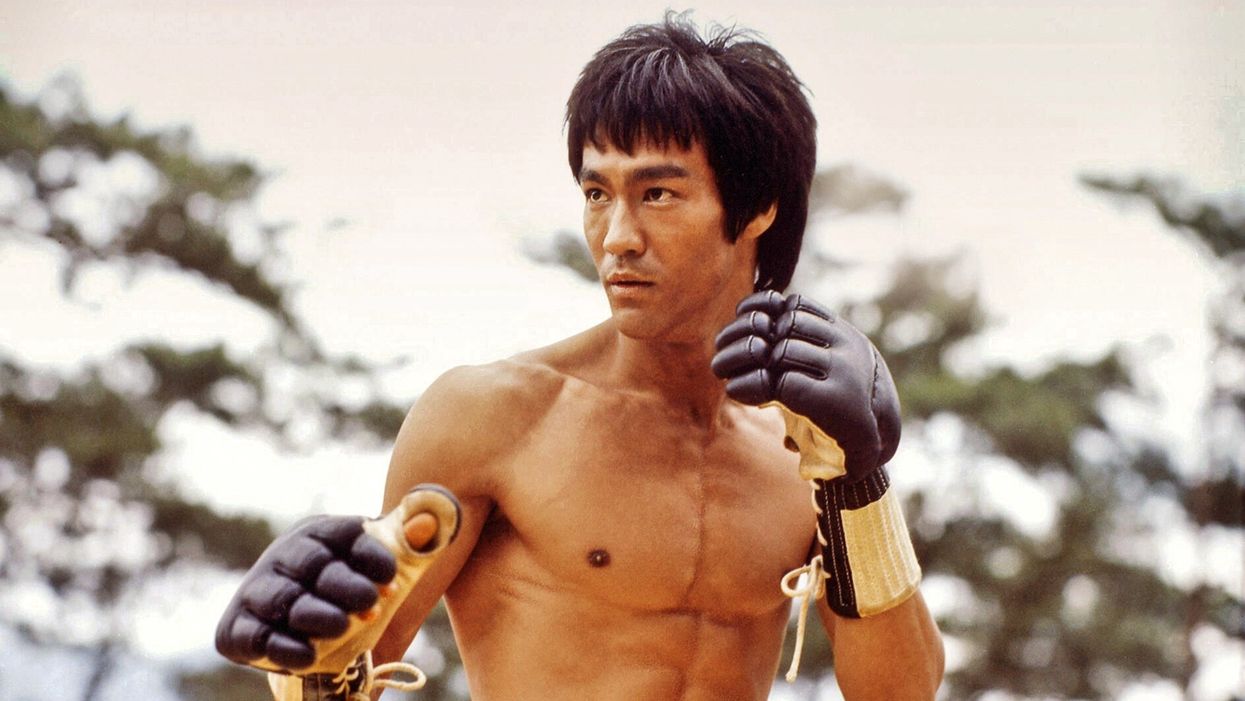 Bruce Lee began developing his new way of fighting after an altercation with Wong Jack Man, a top kung fu practitioner in the Bay Area. While some people suggest that the fight was orchestrated by local grandmasters who were upset that Lee had chosen to teach kung fu to non-Chinese students, Fong says that had nothing to do with it.

Instead, Fong insists the animosity that led to the confrontation was fomented by David Chin, a local kung fu practitioner. Being a traditionalist, Chin disliked Lee and Fong. Chin was friends with Lucky Chan, a top kung fu man and Fong's sparring partner. Chan acted as the liaison between the two groups. Chin loved to brag to Chan about the superiority of the traditional kung fu masters and would seek out all the new immigrants from China who were rumored to have special skills and abilities.

One such immigrant was Wong Jack Man, a young teacher of Shaolin kung fu. He was reportedly a master of the “vibrating fist"; when he hit a man, it was said, the man would feel the vibrating force down to his bones. When Chan told Fong, the boxer scoffed, then claimed he could beat any of them with his left jab, left hook and right cross.

Angered, Chan told Chin that Fong wanted to fight him. Chin drove to Fong's school in Stockton, California, and waited for an opportunity to confront him. Fong's class emphasized free fighting with gloves, headgear and reality-based techniques. Because it was so radically different from kung fu, Chin became increasingly uncomfortable. Fong finished by sparring with each one of his top students, after which he was ready for Chin. That's when he learned that the challenger had slipped out during one of the bouts.

Despite the outcome, Chin continued to fan the flames between Wong and Lee. When Wong said he could beat Lee in a fight, Chin made sure Lee heard about it. Lee announced that he'd accept, and Chin ran back to tell Wong. The fight was arranged to take place at Lee's Oakland school.

Fong couldn't watch the battle because of work, but Lee promised to call as soon as it was over. Wong tried to set some ground rules such as no kicking, but Lee refused, insisting that it be full contact. When the bout began, Lee became the aggressor. Wong ducked and covered while Lee chased him with his straight blast. Lee finally cornered his foe and started hitting him, then paused to ask if he wanted to give up. Even though he'd won, Lee was disappointed with his performance. He was frustrated that he couldn't hit Wong cleanly and that his straight blast was ineffective. He'd always succeeded with the technique, but with Wong's turning and ducking, he could hit him only on the shoulders and back of the head. Lee was also upset that he'd become winded while trying to catch his quarry.

When Fong learned of the outcome, he told Lee, “You need to throw more hooks and uppercuts—go boxing on him!"

The next time Fong visited James Lee's house, Bruce was hitting a heavy bag with his jab, hook, cross and uppercut. He was moving around on the balls of his feet, using the stick-and-move tactic. Fong could see that he'd begun a serious study of boxing and was tapping into the freedom and spontaneity of the art. Although he had some exposure to the sweet science, he never respected it because he'd felt so strongly about wing chun. Training with Fong changed his mind.

Around that time, Fong had several bad experiences with his instructors and opted to discontinue training with them. When he mentioned his decision to Bruce Lee, Lee said, “That's great—now you can do self-taught like me."

Lee reiterated his belief that there's no ultimate martial art and that the ultimate approach is to sharpen the basic tools of fighting until they become reflexive. He encouraged his friend to explore his own natural skills and refine the tools he already possessed. Lee explained that being self-taught and seeking one's own identity would lead to self-discovery and natural, spontaneous and correct expression.

In the summer of 1965, Fong received a letter from Lee asking him to be an instructor of his new style, jeet kune do. He called to thank Lee for the offer, but because he was working full time as a Methodist minister and had a family to support, he couldn't accept. He said he'd rather just train with him. Lee said he understood his friend's decision.

Lee continued to progress as a martial artist. He was becoming so famous that many people were falsely claiming to be his students—or his teachers. Many professed to teach JKD even though they'd never met its founder.

Lee disliked styles and group instruction, preferring instead to follow an eclectic approach and teach one-on-one. In fact, during the height of The Green Hornet craze, he was approached with an opportunity to lend his name and likeness to a chain of martial arts schools to be named Kato's Karate. Lee declined, saying he didn't believe in the concept.

Meanwhile, he noticed the proliferation of bogus JKD students and teachers. He decided to tell all his followers to close their schools, forget about JKD and seek their own truth. He said he believed that some people were prostituting the name and others were overly name-conscious. He said personal discovery and spontaneous action come from sharpening the basic tools of fighting, not from training in a particular style. When you seek self-knowledge, he said, you'll possess all knowledge; but when you seek external knowledge, you'll find only confusion. The martial arts should be a path to self-realization and assist the individual on his journey of self-expression, he said, but the arts should never repress or alter a person's predilections with respect to fighting. Lee insisted that JKD was his personal path in the martial arts and that others would be cheated out of the experience if they were simply handed another man's journey of self-discovery.

Fong always had great respect for his friend, his philosophies and his unique martial journey. He also had respect for himself and his own path in the arts. He believed in his boxing roots, and now, with guidance from Lee, he set about developing his own expression of combat using boxing, kung fu, tang soo do, judo and jujutsu. Fong didn't call it “jeet kune do"—in fact, he never even thought about using that name. So when Lee told his students he wanted them to forget about JKD, Fong respected his wish. Not once has he claimed to be a jeet kune do instructor.

Motivation lies at the heart of success, whether you are a student or a teacher. Excellence comes from our habits, yet we must be motivated enough to take that first step towards progress and to stay disciplined in our pursuit of perfection thereafter.

The problem is, motivation can be such a finicky thing!

Many will say that you don't need motivation, you simply need discipline and habitual action. "Keep a steadfast mind and you will be good to go for your entire martial arts career", or so we're told.

Japan continued their judo dominance at the Tokyo Olympics Monday as 2016 gold medalist Shohei Ono defended his title in the men's 73 kg division beating Georgia's Lasha Shavdatuashvili with a foot sweep in overtime to again earn the championship. On the women's side, Nora Gjakova claimed Kosovo's second judo gold of the games defeating France's Sarah-Leonie Cysique for the 57 kg title.

Judo Gene LeBell: Bruce Lee Was the Best Martial Artist of His Time