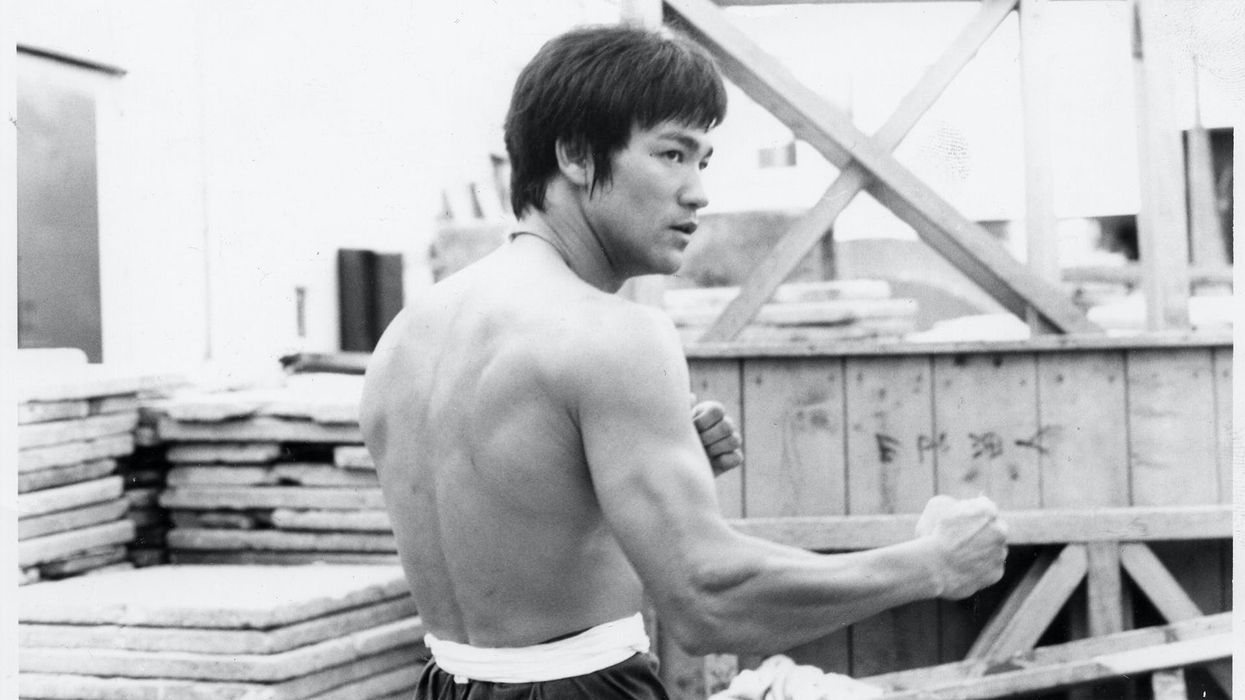 Learn how the friendship Bruce Lee and Leo Fong shared impacted the development of Fong's martial arts skills and the course of his life.

When Bruce Lee moved to Oakland, California, in 1964, he stayed at the home of his friend and student James Yimm Lee. Over the next few years, Bruce Lee modified the wing chun kung fu he'd learned in Hong Kong, mixing it with boxing and other arts. During that period, Bruce Lee met and became friends with Leo Fong, a former Golden Gloves boxer and AAU champ who was learning kung fu from some of San Francisco's top masters. The time they spent together ultimately changed the course of martial arts history.

If you're a believer in Chinese astrology, you'll agree that it was meant to be. Both Bruce Lee and Leo Fong were born in the Year of the Dragon (1940 and 1928, respectively), and both used the name “Dragon." (Lee went by the Chinese screen name Lee Siu Lung, or “Little Dragon," and Fong was given the name Fung Tin Lung, or Sky Dragon, when he was born.) It was only natural that they should become close friends.

Leo Fong met James Lee several years earlier at the Sil Lum Kung Fu School of T.Y. Wong. A short time later, James Lee and T.Y. Wong split over an argument about money. After deciding to train on his own, James Lee invited Leo Fong to work out at his house. Later, James Lee met Bruce Lee and started training with him, and they asked Fong to join them for their backyard classes.

One evening, Bruce Lee asked the students to line up in the traditional wing chun stance known as bae jong. It entails holding the front hand high and the back hand at chest level. When Leo Fong hesitated, Lee asked, “What do you prefer?"

Leo Fong responded: “I like the boxing stance." He then adjusted his position by placing his back hand alongside his face and lowering his front hand.

Bruce Lee looked at him for a moment. “I like that because I can't lop sau," he said, referring to the act of trapping the lead hand. “OK, you can do it from that stance."

While Bruce Lee educated his Oakland students, he started exploring other styles, particularly boxing, which he studied via films of the best pugilists in the world. When he also developed an interest in weightlifting, he turned to James Lee, who gladly shared his knowledge and equipment, and to Leo Fong, who was already schooled in both disciplines. In addition to his previously mentioned boxing connection, Fong was a friend and student of Bill Pearl, a bodybuilding champ from Sacramento, California.

Bruce Lee's obsession with reading led him to purchase an assortment of books and magazines on boxing and bodybuilding. His library included Bob Hoffman's Strength and Health magazine and Edwin L. Haislet's Boxing: A Self-Instruction Manual, as well as all the Joe Weider publications and Peary Rader's Iron Man magazine.

Lee and Fong frequently met to discuss and dissect the martial arts. Lee had an uncanny ability to watch a person's movement patterns and then mimic them. During their meetings, he'd often imitate a fighter, then scientifically break down his style. They found flaws in the styles that lacked the aliveness and spontaneity of free-fighting systems such as boxing, wrestling and judo.

To further his research, Bruce Lee often visited martial arts schools so he could study their techniques and training methods and test his ideas. One evening, after dropping by several kung fu schools in San Francisco, Lee asked Leo Fong a question that changed his life. Aware that his friend was studying tang soo do, judo, jujitsu, sil lum kung fu, choy li fut and boxing, as well as working out with him, Bruce Lee asked, “Why are you running around town training with all of these guys?"

“Man, there's no ultimate style," Bruce Lee said. “The ultimate is inside of you."

Lee went on to explain the physical implications of his comment. Fong's boxing skills were “where it's at," Bruce Lee said, and Fong should integrate them with his wing chun trapping, judo and jujitsu grappling, and tang soo do kicking.

Bruce Lee then expounded on the philosophy he was developing, which held that the practitioner is more important than the style and that one must be true to himself and his journey through life. He said that a person will instinctively know what's right for him and that because a third party cannot possibly know the practitioner's true nature, he can only lead the practitioner away from self-realization.

It had a profound effect on Leo Fong, who set about re-evaluating his martial arts, his personal relationships and his professional career.

Shortly thereafter, Leo Fong arrived early for his choy li fut class. The only person present was a senior student who often assisted Lao Bun, the school's grandmaster. As Fong was warming up, the student asked if he'd like to spar. Fong declined. Even though he'd taken the class for several years, he knew that the other man had trained for 10 years and that Bun forbade sparring.

“He's not here," the student countered. Leo Fong then argued that he wasn't very good at choy li fut, but the man said he could use whatever techniques he wanted. Fong finally relented.

Browse all of Bruce Lee's best-selling jeet kune do books at the new Black Belt Store!

The man dropped into a horse stance and prepared to unleash his choy li fut. Fong assumed a boxer's stance and circled his opponent. He used the stick-and-move tactic of boxing, relying on his jab and left hook. While his opponent struggled to stay mobile in his deep stance, Fong bounced around and hit him at will.

After five minutes, Leo Fong asked, “Do you want to keep going? I don't want to get too tired before class." The man decided to call it quits, then dismissed his poor performance by saying he was fighting an opponent who wouldn't stop and fight.

Fong later recounted his experience to Bruce Lee, and they discussed the limits of traditional stances and fighting methods, as well as the mobility, versatility and aliveness of boxing. At first, Fong said he thought the other man was holding back, but Lee interrupted him: “He's not holding back, man! He's a dry-land swimmer, and he can't fight!"

Leo Fong was shocked. “That's the grandmaster, and he's an enforcer for the Triads," he said.

“The student is a reflection of the teacher," Lee replied. “What makes you think he would do anything differently from his student? You have to remember that what we're doing is light-years ahead of these guys."