Bruce Lee Movies: Enter the Dragon, Seen Through the Eyes of a Martial Arts Movies Expert 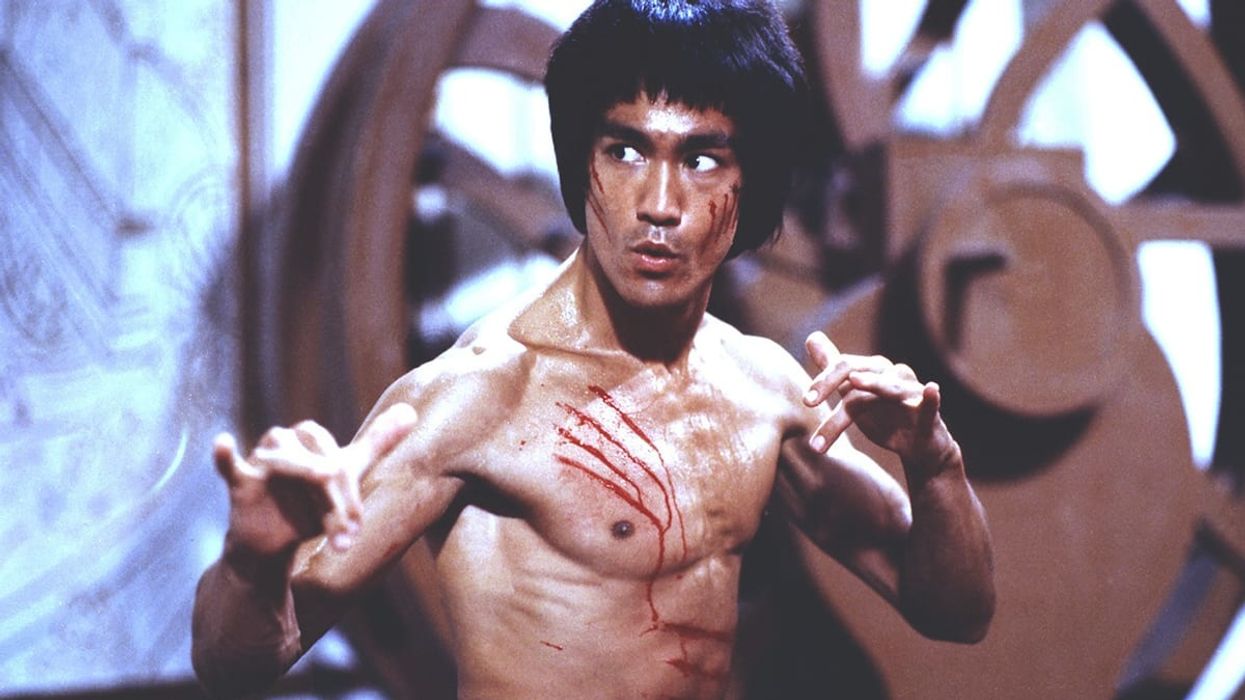 Editor's Note: Enter the Dragon is the third film in our Bruce Lee Movies List. The following review originally appeared in The Ultimate Guide to Martial Arts Movies of the 1970s.

Bruce Lee's Enter the Dragon officially unites Hong Kong and Hollywood under the parasol of kung fu. In this $500,000-budgeted gasp of fresh air in Tinseltown, Bruce Lee plays secret agent Lee. He's sent by the British to break up a suspected drug ring organized by the inscrutable Han (Shiek Khan), who uses martial arts tournaments to recruit bodyguards and lackeys. The idea of the tournament is actually based on the ancient Chinese sport lei tai, which first appeared during the Song dynasty (960 to 1279). The tournament winner would either become the emperor's bodyguard or a martial arts instructor for the imperial army.

You could make an argument that the film was politically correct 20 years before it was politically correct to do so. However, having a black, a white and an Oriental (or by today's PC terms, an African-American, a Caucasian and an Asian) hero working together was a way for Warner Bros. to appease the demographics and a tacit admission that an Asian lead still wasn't plausible.

When the film came out, Westerners had no idea about the pedigree of the Hong Kong cast. Shiek Khan had done more than 400 films, and most of them were martial arts movies that featured him as the villain. And with 18 films under her hapkido black belt, Angela Mao Ying was attaining cult status as a kung fu heroine, so the fights she did in Enter the Dragon were a walk in the park for her and her Vietnamese karate champion co-star, Bolo Yeung, a veteran of 28 kung fu films. By 1973, Sammo Hung had fought in 42 kung fu films and had been the head martial arts instructor for 17 of them.

It's impossible to deny that Enter the Dragon is a great film, but the fights are very Hollywood. Although I respect John Saxon, he did not possess the martial savvy to fight convincingly against Bolo Yeung. There are also problems with the choreography, such as the dungeon scene when Bruce Lee is flexing his back while trying to open the elevator doors. He suddenly steps, turns around and is accosted by a handful of attackers. Talk about close-up — you can't see what anyone is doing, and a bad guy falls in the opposite direction after Lee throws his last sweeping backfist. Also, Lee's handspring and flip after the film's beginning fight scene with Sammo Hung were not performed by Bruce Lee but by Lam Ching-ying, who found fame with his one-eyebrowed priest character in the Mr. Vampire films.

Then there's the final Hollywood glitter mirror room fight between Han and Lee. It has always been funny to me that director Robert Clouse never re-shot the scene when Lee throws the coat stand into the mirrors and no mirror breaks. A person could argue it shows how tough the mirrors are, so when Lee breaks them with his hands and “feet" (a hand in the shoe on close-up), we can feel his power. However, it's an awkward-feeling moment, though it is quickly replaced when Lee does his patented hunchbacked creeping walk around the mirror set. Bruce Lee's daughter, Shannon Lee, once told me that she remembers often looking at the spear from that final Shiek-a-bob shot resting in the corner of her home as a child.

The irony about Bruce Lee's career and stardom in the West is that they came together at the wrong place at the wrong time.

In 1972, the United States was in the middle of the Vietnam War, and anti-Asian sentiment had not been so high since World War II. Each week, racial tension was finding a new way to twist the psyche of a country floundering in gas lines and cold war. Traditionally, whenever the United States was at war, Hollywood would create characters and storylines based on the heroic efforts of the American soldier, trying to use films as a way to boost the country's morale and confidence that the troops were righteously defending the realm against the evils of the world.

But during the Vietnam War, America was in no mood for war heroes. Furthermore, when you look at the five top-grossing films in descending order from 1972 — The Godfather; The Poseidon Adventure; What's Up, Doc?; Deliverance and Deep Throat, with the brunt of the Academy Awards going to The Godfather and Cabaret — it was evident that the definition of the American cinematic champion of justice was undergoing a huge transition away from the glory of riding off into the sunset.

Additionally, keep in mind that back in those days, to most Americans, someone who used their feet during a fight was considered a sissy. So for all intents and purposes, it was not only the wrong time for any Asian actor to make a mark in Hollywood, but it was also the wrong time for the hero to win a fight by kicking.

Yet Bruce Lee came along, and with his dynamic facial contortions, rapid-fire punches, greased-lightning kicks and high-pitched phoenix screeches, he single-handedly gave Chinese martial arts cinema legitimacy and the Chinese people an identity. Bruce Lee has done more for spreading the word of martial arts throughout the world than anyone else in history. He was also the first martial artist to make mainstream the concept of cross-training and combining the best attributes of many martial arts into one.

One neat thing about watching Enter the Dragon (and in fact, all Bruce Lee movies) is being able to recognize many of the Chinese faces in the background — faces that are famous and recognizable to Chinese martial arts cinema fans. (Yep, Jackie Chan dies twice in the film.) I still don't know who the laughing guy was in the background after Lee kicks the same guy four times (similar to Bruce Lee kicking Chuck Norris in Way of the Dragon) in the final disorganized courtyard brawl. How did that sneak by Robert Clouse, the director of photography and the editor?

Titleography: Dragons and Tigers Fight; Iron Hand; Operation Dragon; Deadly Three; Blood and Steel; Han's Island. Translation of alternate titles: Dragons and Tigers Fight. "Dragons" refers to Lee and his men, and "Tigers" refers to Han and his men. Iron Hand refers to Han's iron hand and other attachments. Operation Dragon, Deadly Three (Bruce Lee, John Saxon, Jim Kelly), Blood and Steel, and Han's Island were all at one point considered as alternative titles, and it is easy to see how they were created. What's the point of even trying to rename this film?