Bruce Lee and Me: Matt Polly and the Quest to Know the Dragon 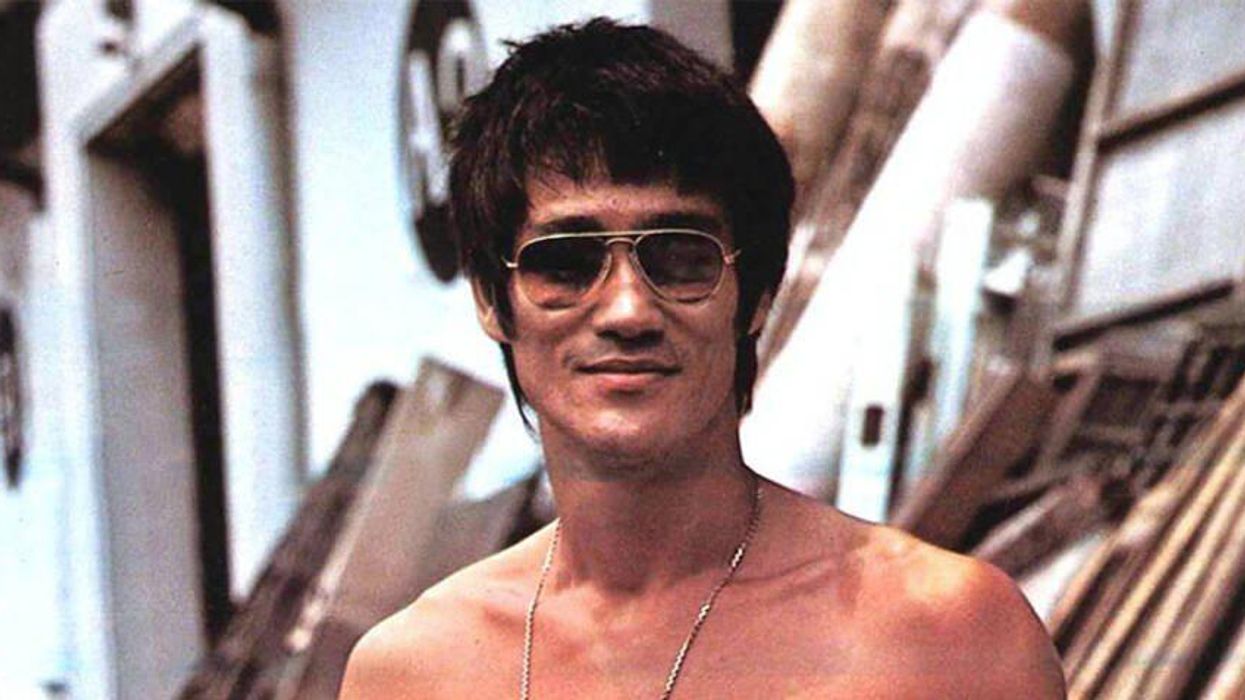 Bruce Lee, that patron saint of martial artists and kung fu fanboys, continues to make news despite being dead for nearly 50 years now. Just recently, director Quentin Tarantino created a buzz by trash-talking Lee on the Joe Rogan Experience. Then, days later, revealing private letters detailing Lee's extensive drug use made headlines when they went up for auction.

The thing most of these stories have in common is a frequent reference to Matthew Polly. This might appear odd given Polly was just two-years-old when the film star died. But his name always seems to come up in conjunction with Lee's these days due to the fact Polly authored "Bruce Lee: A Life," the definitive Lee biography which everyone now cites.

Having penned two autobiographical books on martial arts - "American Shaolin," his memoir of training at China's Shaolin Temple in the 1990s; and "Tapped Out," a sardonically honest account of his quest to have an MMA fight - Polly felt too old for anymore Plimptonesque participatory journalism. So he followed a friend's suggestion to write a biography on the most famous martial artist of all.

The project took him six years and eventually became the basis for the ESPN documentary, "Be Water," which Polly served as executive producer on. He has mixed feeling about the documentary, a far more romanticized hagiography than his book ever was. Still, many people took notice of the biography including the aforementioned Tarantino, who generated massive controversy within the martial arts community for his depiction of Lee as an arrogant blowhard in the film "Once Upon a Time in Hollywood."

As Tarantino indicated on Rogan's podcast, his main problem with Lee was an alleged total disrespect he showed for Hollywood stuntmen. For proof he referenced Polly's biography. The only problem was, Polly never actually said that.

The biographer quickly took to Twitter to clarify matters: yes, Lee was rough on stuntmen during filming of the Green Hornet TV show but it wasn't out of disrespect so much as a different view on how cinematic fights should be filmed.

To Polly, Once Upon a Time in Hollywood's brief Lee interlude was about the clash between old Hollywood, and its classic John Wayne style of screen fighting, and new Hollywood where the Lee-inspired martial arts superman brand of fighting now holds sway. Though, in Tarantino's imagined universe, old Hollywood won out, in the real world, says Polly, it was Lee and his vision of cinematic action that claimed the day.

Black Belt: Did you have concerns about taking on a biography of someone like Bruce Lee who has such a fanatical following?

Matt Polly: There's always a concern over whether you can do the subject justice. He was a childhood hero of mine and I was kind of insulted there wasn't a definitive biography of him so I wanted to write one. But you have to remember he inspired a whole generation to take up martial arts so you're dealing with someone who's almost a quasi-religious figure and that makes people protective of him. It was around the time I discovered his third mistress that my wife said we better get an unlisted phone number if you're going to write all this.

Black Belt: You talked to many of Lee's former students, including Dan Inosanto. Did they tell you anything new?

Matt Polly: Dan Inosanto was great. He gave me the best story. He told me Bruce used to scare the life out of him when they'd drive someplace because he'd go so fast. And when Dan was driving, he said Bruce was a backseat driver and would keep telling him what to do. It showed Bruce was a little reckless and a bit of a control freak. They were great humanizing details.

Black Belt: Did you talk to anyone who didn't like Bruce?

Matt Polly: People are careful of what they say publicly because they don't want the grief that comes with criticizing him. But one thing I did notice was every guy I talked to who knew Bruce had some kind of story about how they were better than him at something like arm wrestling or skiing. I think it's because Bruce was this super competitive, alpha male personality and it made a lot of the people around him feel somehow lesser so they have to tell you about how they beat him at something.

Black Belt: What was the most surprising thing you learned about him?

Matt Polly: I don't know if it was surprising but as I watched the 18 movies he made as a child actor in Hong Kong it occurred to me we've been looking at him wrong all this time. He was an actor first and became a martial artist later. That gets overlooked because the media has created this image of Lee as some perfect, monk-like, martial arts master. And he died young so now people can make of him what they want. In mainland China he's a symbol of Chinese nationalism but in Hong Kong he's a symbol of resistance against the Chinese government. We can do that with him because we never got to see him live his whole life. We never saw him go into rehab for his drug use or crash his Porsche or go on Oprah and cry. He was a human being like everyone else but you had to be impressed by the scope of his ambition - for a Chinese guy with an accent to think he could be a major Hollywood star took a lot of nerve. And, when push came to shove, he did right by his friends and family. For the most part he was a pretty decent person and I admired him even more after writing about him.