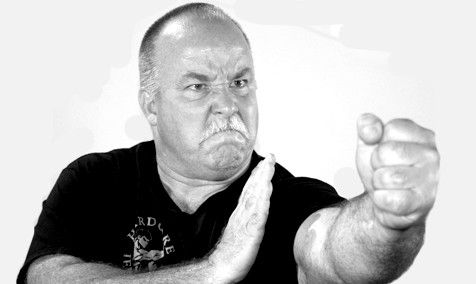 Do you want to take a punch to the face? How about a kick to the body? No? Then you're in the right place! Second-generation Bruce Lee student Lamar M. Davis II shows you how to evade these attacks in this exclusive jeet kune do video.

Lamar Davis — the founder of and head instructor at Hardcore Jeet Kune Do as well as the executive director/senior instructor for the Hardcore Jeet Kune Do Chinese Gung Fu Association and the co-founder of the International Wing Chun/Jeet Kune Do Alliance and the Efficient Warrior Alliance — has studied and trained in Bruce Lee's art of jeet kune do for more than 30 years. He has been certified as a full/senior instructor by several of Bruce Lee's original students. In this exclusive jeet kune do video, pulled from his DVD collection Jeet Kune Do for the Advanced Practitioner, the second-generation Bruce Lee student explains and demonstrates evasive tactics in JKD moves that Bruce Lee based on boxing techniques.

Jeet Kune Do Techniques Based on Boxing Techniques

"Most of these movements Bruce Lee took from boxing," Lamar Davis explains in this exclusive video.

If the opponent fires lead-hand punches toward his head, Lamar Davis explains, you have the option of executing one of the basic boxing techniques adapted for JKD moves known as a "slip" (or "outside slip"). The move is simple: Move to the outside of the hand's forward trajectory — or slip to the side, out of its path.

In boxing techniques, there is such a thing as an "inside slip," but the jeet kune do expert warns against it. "I prefer to slip to the outside of the arm simply because you're a little bit safer if you slip to the outside," Lamar Davis explains.

If a punch is coming straight at your face, you have the option of snapping straight back. Among boxing techniques adapted for JKD moves, this selection is called a "backward snap" or a "snap back."

"[An opponent might] fire a hook at my head," Lamar Davis says, "in which case, I duck. When I duck, I bend my knees, I drop straight down, I bring my hands up to guard my head and I look at him the whole time."

The "wrong way" to duck, Lamar Davis says, is to bend your torso forward and look downward during the movement. "When I do that, I can't see anything," he explains. "I don't know what's going on up [above] for a split second — not a good thing. That's a good time to catch an elbow or a hammerfist to the back of the head or the upper spine."

For more information about Lamar Davis and his teachings, visit the official Hardcore Jeet Kune Do Chinese Gung Fu Association website at hjkdcgfa.com.