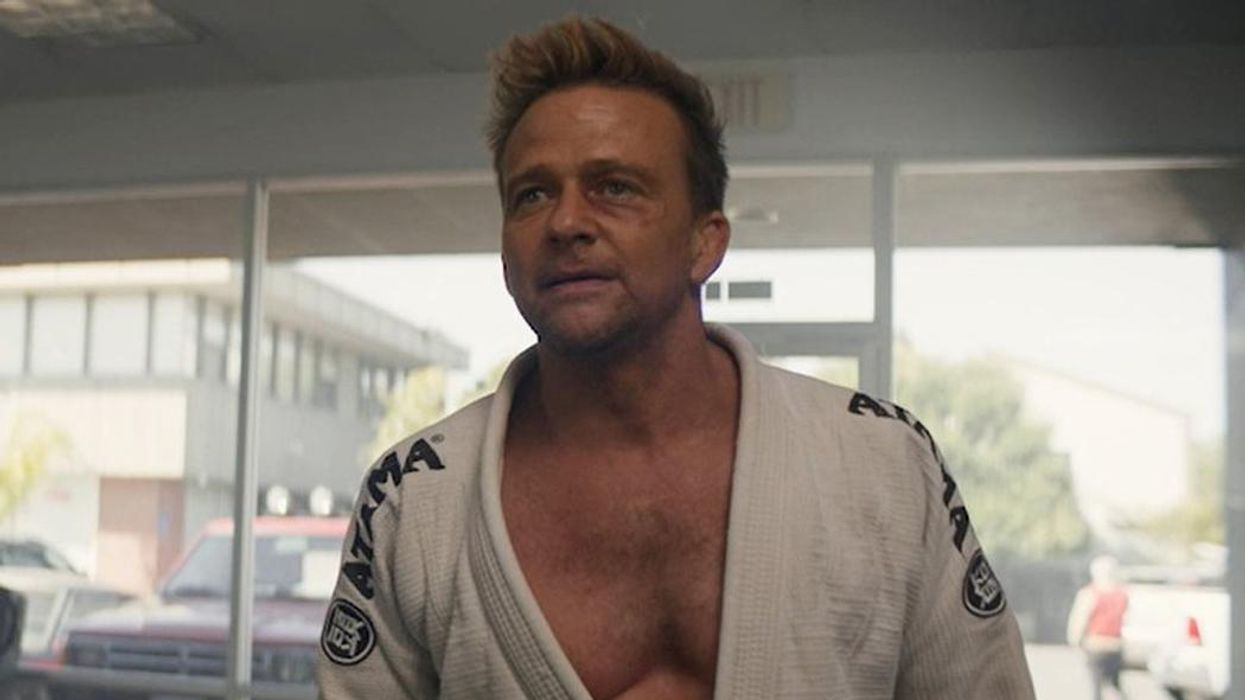 With 17 years of taekwondo experience, the rustic 26-year-old Sean Patrick Flanery played the 16-year-old Indiana Jones in ABC's The Young Indiana Jones Chronicles (1992-93). While living in tents and paddling canoes to work through the crocodile infested Tana River in Kenya, Flanery's canoe capsized. He disclosed concern about contracting a water-borne parasite that could kill someone within 30 seconds.

In 1999, Flanery had an adversarial moment of clarity that changed his martial arts life forever, in which he chronicles this neo-martial mountain ascent in the directed by Alex Ranarivelo, Born a Champion (BAC), which added a new dimension to 30 seconds. BAC is a love letter to the combat and philosophical essences of Brazilian jiu jitsu (BJJ).

Flanery unintentionally tapped into the spirits of Tom Laughlin's Billy Jack (1971) and Bruce Lee's role, in ABC's Longstreet (1971-72; Way of the Intercepting Fist episode), where Lee presented his associative philosophical and neo-combative outlooks via a novel martial tool called Jeet Kune Do (JKD). JKD's origin was unknowingly born to Lee in 1958 when a similar combatant epiphany changed his life approach to martial arts, a realization born via a bout of Western boxing.

Part of BJJ and JKD's martial arts foundation is about training not to fight. In BAC, Mickey Kelley (Flanery) retorts that BJJ is fighting without fighting and that we never start 'em, we just finish 'em and Longstreet says by simply knowing JKD, and by knowing, you'd never have to use it; the words of Flanery and Lee, respectively.

Flanery wrote BAC's blueprint in 2007, a year after the sixth and final Rocky film. In six films, Rocky accrued reasons why he needed to return to the ring. In one BAC movie, Mickey outlines the same reasons: passion for his art; importance of family; love; needing money; a rematch; career ending eye injury; loss of someone close; an evil foreign fighter; fight to overcome and what he believed in; and for the good of his son.

Except for the two fights between Mickey and the contemptuous Marco Blaine (Edson Barboza), in most duels, Mickey utterly defeats or makes his foes tap out in 30 seconds. The camera choreography used medium to tight shots and when the fighters were on the floor, the camera tilts up and down to reveal the facial distress caused by each skill.

The first time I saw a hero warn the villain on how he'd defeat him and that there was nothing the villain could do about it, was in Billy Jack (1971), when Vietnam vet Billy used Green Beret karate tricks to wop the face of the Navajo-hating Posner.

My favorite fight in BAC is similar, where Desert Storm vet Mickey (this is revealed in a poignant way) takes on the demeaning Charlie. Flanery's approach differs by telling Charlie how he'll defeat him once and how he'll consequently defeat him a second time and in both instances, there's not a God damn thing he can do about it. Right on man.