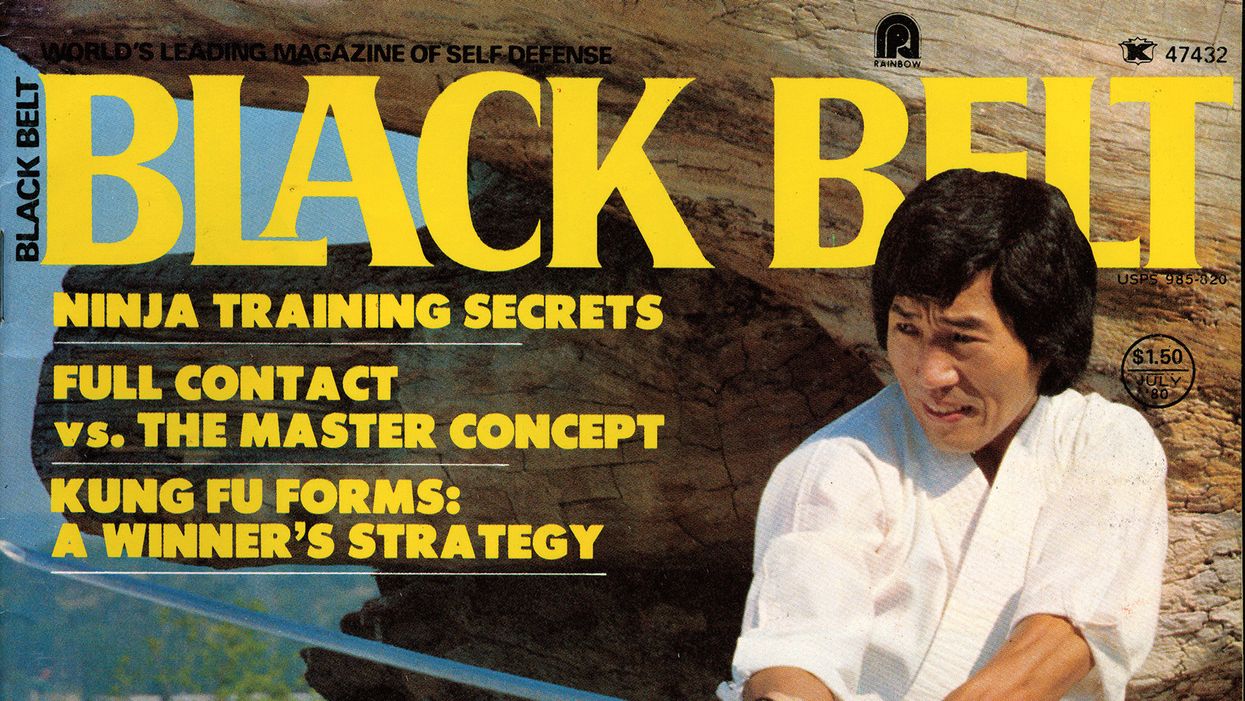 • Vestal, New York–based Hidy Ochiai, 40, competes in a challenge match against boxer and full-contact fighter Greg Bleir, 23. The karate master wins after a fifth-round TKO. "I do not think I did anything great, and I have no feeling of triumph — I don't see it that way," Ochiai says. "Anybody who calls himself master, they should have that kind of courage. I think you should be able to do it upon demand."

• Kung fu phenom Eric Lee weighs in on the secret of his success: "Your state of mind has everything to do with the total performance. I usually start preparing mentally a week before a meet. I sit down and meditate and go through all my movements — I make it a reality. I'm out there performing for thousands of people, and I own them."

• A company advertises a potentially appealing product: hand and foot pads just like the ones Chuck Norris wore in A Force of One.

• In a defense of Ed Parker's martial art, an instructor writes, "American kenpo is the only unified system of combat that embraces the total dimensions of time, space, position and movement relative to individual capacity and the combat situation." That's deep.

• When a Southern California teacher is assaulted, the workman's compensation board rules that she's entitled to no-cost karate lessons. Her dojo of choice? Ed Parker's school in West Los Angeles.

• Stephen K. Hayes sounds off on the notion that ninjutsu is an assassin's art filled with esoteric teachings: "Today, it's not stressed much at all. In fact, we never have formal training in animal noises or turning into a rock. We might have night training — sort of a glorified hide-and-seek type of thing, and of course, if someone is doing something obviously wrong and they're getting spotted, the teachers explain it to them."

• Leo T. Gaje, founder of the Arnis America Organization, is named the commissioner of arnis for North and South America.• When asked if his school uses protective gear, Dan Inosanto says, "We have many kinds of sparring, but we usually require a mouthpiece, headgear, a cup and boxing gloves — and that's all."

• Because hapkido and aikido are written with the same Chinese characters, Bong Soo Han is asked how his art differs from the Japanese art. "There's a tremendous difference," he says. "When we redirect an opponent, it is the same principle as aikido. But when we counter, we counter strongly. If you just throw him to the ground, he'll just get up and come back again and really want to do it. … If you judge that someone is going to be a threat to your life, then you have to finish him off."

• The World Union of Karate-Do Organizations announces that the first World Games will take place in California. The event will include karate, taekwondo and aikido.

• "Judo is the foundation of martial arts, and I defy anyone to argue that point with me," says judoka Ed Maley, 48. "If a person starts out with judo, learns the moves, the throws and the conditioning — then goes into karate or kung fu — he'll be 100-percent better."
(Note: Back issues are not for sale.)