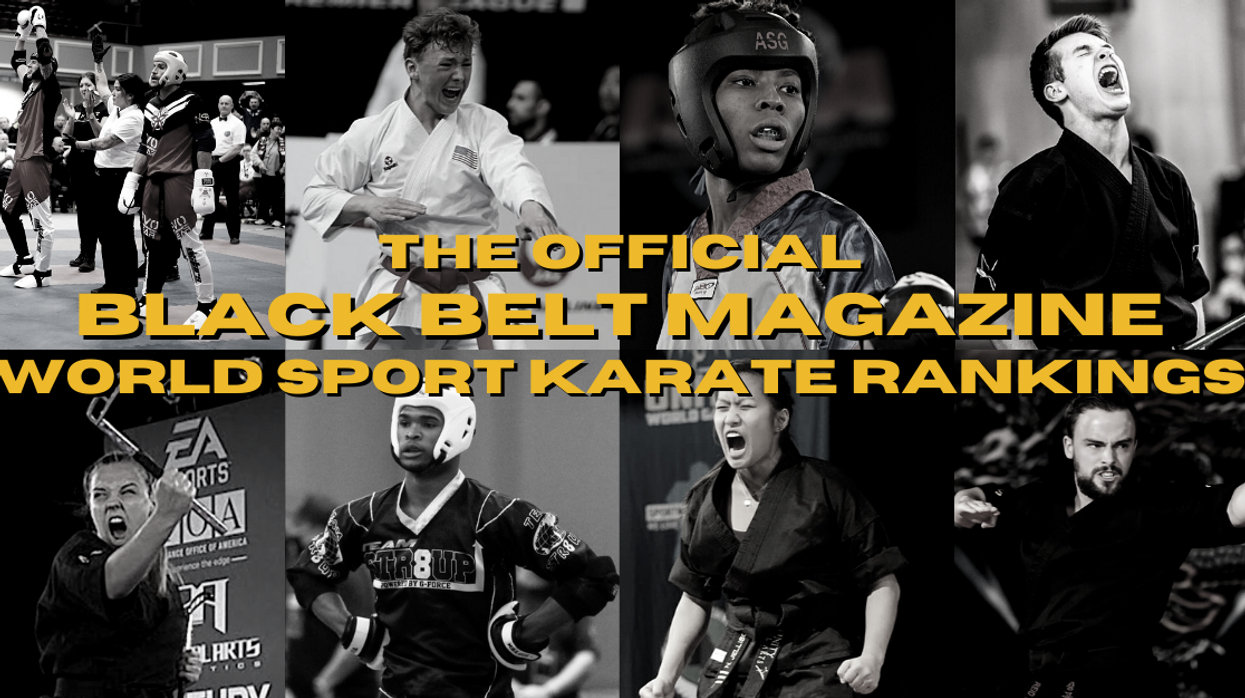 Black Belt Magazine has introduced a new rankings system reminiscent of the Karate Illustrated rankings of the late 20th Century.

The world of sport karate is extremely diverse, with numerous governing bodies, a wide variety of rules, and champions crowned all over the world. In order for the sport to continue to grow and gain popularity, many believe that it is essential for the administrators, promoters, coaches, and athletes to work together. Black Belt Magazine is taking a big step towards unity by establishing a ranking system for sport karate athletes that is independent of league affiliation. You can view the rankings HERE, or keep reading for more details about how the rankings were determined.

A committee was assembled to compare competitors based on head-to-head matchups, overall success, and frequency of competition. The results of martial arts tournaments from numerous open sport karate leagues including but not limited to the ISKA, WAKO, NASKA, and WKC were considered. Specialized circuits that feature one style of martial arts such as the World Karate Federation and American Taekwondo Association were not considered in these rankings.

The rank of "Champion" has been reserved for the defending champions from the 2019 ISKA U.S. Open Night of Champions. This decision was made because the U.S. Open is one of the largest and most prestigious sport karate events in the world, in which the vast majority of the world's best competitors compete. It also allowed for a consistent ranking across every division, because there is a reigning U.S. Open champion for every division in the rankings except for one (Women's Traditional Forms). A champion for this outstanding division will be determined at the earliest possible opportunity to assess the contenders' performance against one another.

The rankings are also adjusted for age changes in the coming season and inactivity in late 2019 and early 2020. Junior competitors who are turning 18 during the upcoming 2021 competition season were considered contenders in the adult divisions. This is why the rankings feature the defending junior champions in the adult contenders lists, because all three of these champions will be adults for the 2021 season. Additionally, competitors who were largely inactive following the 2019 U.S. Open were not considered for inclusion due to the uncertainty of their competitive status moving forward.

Black Belt Magazine is confident that these rankings will be beneficial for sport karate by providing matchmaking opportunities for future professional events. The rankings will be updated consistently as major sport karate events occur, and it will be announced prior to the event if a Champion title is going to be up for grabs. We look forward to providing this excellent tool for the competitive martial arts community for years to come.