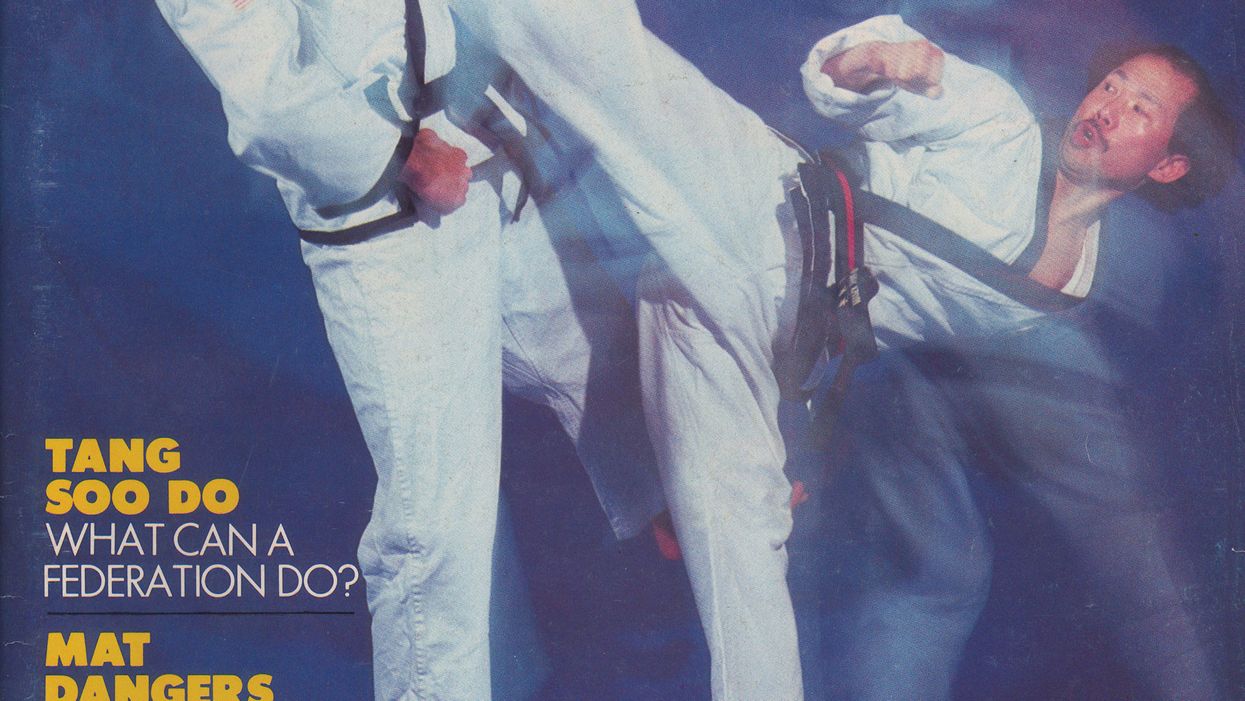 The 195th issue of Black Belt was dated March 1980. It was 76 pages long and featured tang soo moo duk kwan master H.C. Hwang on the cover.

• H.C. Hwang extolls the virtues of the pyong ahn (peaceful confidence) form of tang soo do: "People learn to control their pyong ahn. They don't lose their tempers. Also, you learn to move with pyong ahn, you learn how it feels. Sometimes when you move with one leg, you lose your balance. But when you can stand on one leg without losing your balance, then you can begin to sense the feeling of pyong ahn."

• The editor opts to print a number of names and addresses of readers in search of martial arts–loving pen pals. No word on whether their desires were satiated.

• A 17-year-old girl in Southern California is grabbed by a male assailant and dragged from her car. A karateka for just five months, she promptly knees him in the groin and is able to escape.

• Timeless advice from a story about martial arts and the law: "Karate techniques can be deadly, and the use of deadly force is justified only when there is an obvious threat of great bodily harm."

• Interesting … "It must be remembered that years ago, a master would search for a student whose body was right for the style being taught. Consequently, all of the students of that style had a tendency toward the same body type, and techniques could be perfected with that body in mind. Most styles today, however, have students of every body type."

• Robert G. Zepecki and a master known only as Mr. John teach Westerners about the wide variety of weapons in the Indo-Pakistani martial arts.

• Cool connection: In a piece titled "Instilling the Fighting Spirit," Martin Buell, chief instructor at Walter Godin's School of Self-Defense in Hawaii, is profiled. In the December 2017/January 2018 issue of Black Belt, John Hackleman credits Godin with giving him his base in the fighting arts.

• The Ancient Martial Art of Hwarang Do, Vol. 2, written by Joo Bang Lee and published by Black Belt, goes on sale.

• Long before the internet arrives, it's common for advertisers to charge $1 to send a catalog to a prospective customer.

• An ad for Kesco Kickers and Kesco Punchers proudly proclaims, "used in the movie A Force of One." (That's a Chuck Norris/Bill Wallace actioner, in case you're too young to know.)
(Note: Back issues are not for sale.)