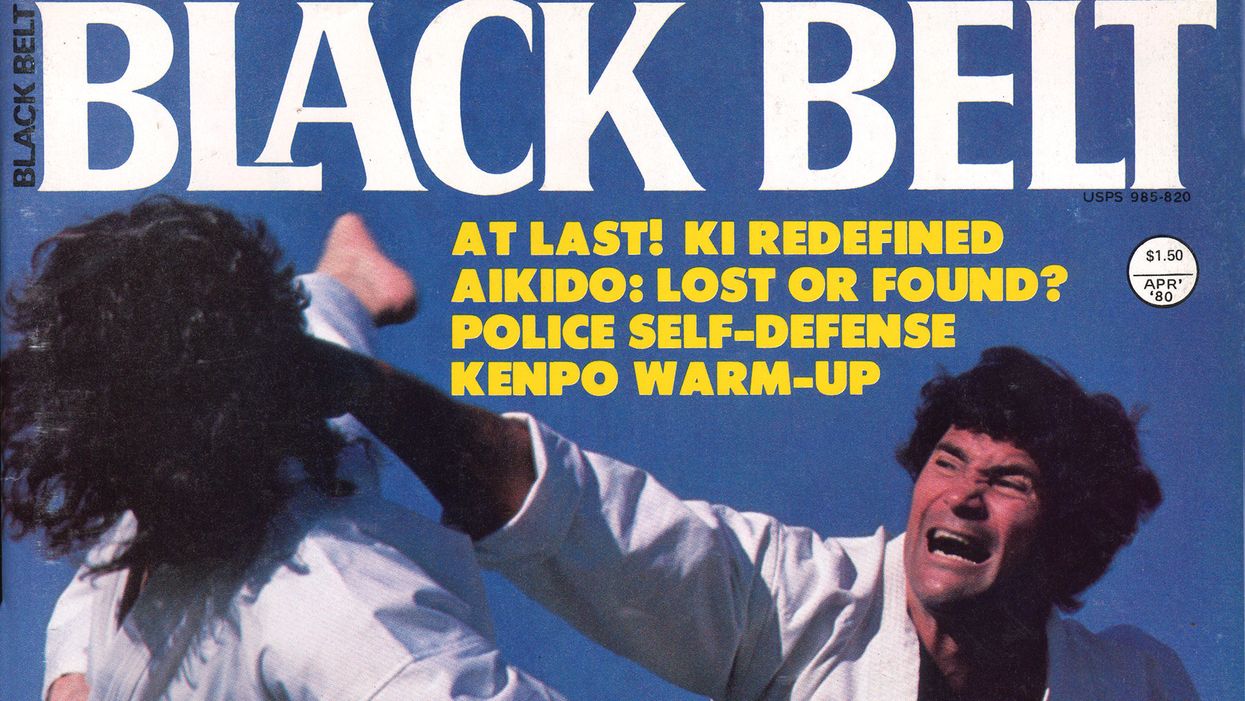 The 196th issue of Black Belt was dated April 1980. It was 76 pages long and featured karate champion Mike Stone on the cover.

"You ask any athlete," Mike Stone says. "He will tell you that it is 100-percent your mental attitude. I think people have to get back to knowing themselves."• Stone then waxes historical: "To be honest, the phase I like the best in karate's history in this country was about 1968 to 1972. That period, to me, was the best for technique that we've ever had in the martial arts."

• One of the keys to winning, at least according to the Marine Corps judoka who won the U.S. Judo Association Championships, is flexibility. "I spent a lot of time in the sauna loosening up before the meet began," he said

• "Ki is the ability to make a clear decision which visualizes the end result of an action undiminished by other intentions." That's how Cassandra and Barry Cosme define the concept

• "Since I have had an opportunity to work with children with emotional problems and learning disabilities, I have learned that judo, jujitsu and other martial sports are the best tool to teach youngsters a way of life," Rob C. Rawlings says

• "Stretching and yoga exercises should never exceed the point of pain and subsequent soreness," Dr. John L. Stump writes. "There will usually be some discomfort, but any prolonged aftereffects should be carefully attended by the instructor, and if necessary, a doctor trained in sports injuries."

• Minoru Mochizuki is on a mission to move martial arts back to their roots. To that end, he studied aikijujitsu, judo, karate and kobudo before creating a system known as yoseikan budo. "[Morihei] Ueshiba's way of aikido is quite OK for Ueshiba, but in our case, we are common humans, and nobody will get his power by aping him," he says.

• Back issues of Black Belt, when available, are selling for $2 apiece.

• "Action is faster than reaction is a good example of a principle," says Loren Christensen. "When a person punches at you, he has already made the decision to do so. The first you know of this decision is when you see the fist speeding toward you. To react, your eyes must see the fist [and then] send a message to the brain, and the brain must send a message to your muscles to either block or evade. If you are standing within his striking range, you will get hit."
(Note: Back issues are not for sale.)

Enhance Your Strength and Explosiveness with Bruce Lee’s Isometric Routine