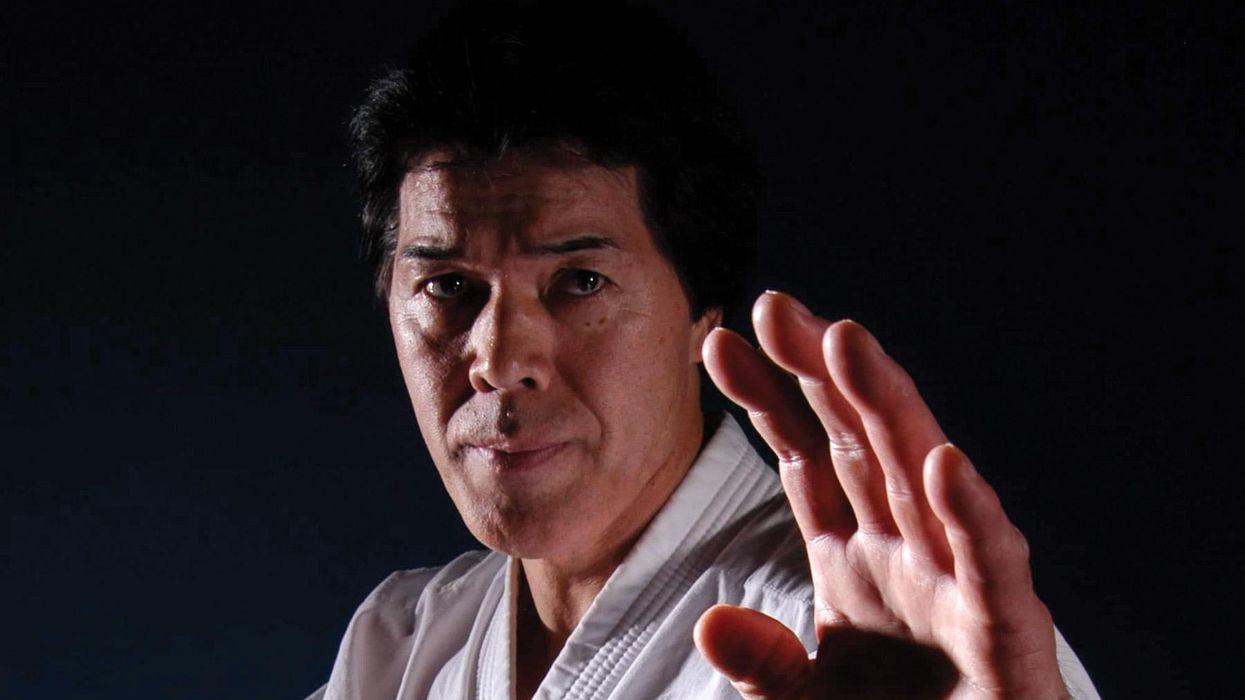 What can be said about 2020 in retrospect that wasn't lamented when the year was a work in progress? Likely not much.

The one bright spot is that all the FUD — fear, uncertainty and doubt — didn't stop martial artists from doing what they do best: representing the arts, serving as role models, helping those who are less fortunate, and meeting the needs of their students and followers despite lockdowns and social distancing.

Man of The Year: Joko Ninomiya

Before the UFC started, the Sabaki Challenge was regarded as the toughest competition in which a person could test his martial skill. Full contact, punches and kicks without pads, grabs and sweeps — all the techniques favored by martial artists and feared by their opponents. The event enjoyed this lofty status from the moment it was founded, and in the eyes of many, it still holds that position.

The Sabaki Challenge is the brainchild of Joko Ninomiya. Born in Japan in 1954, he started his journey in judo. After earning his black belt, he switched to karate under Hideyuki Ashihara, who trained in kyokushin before creating his own system of ashihara.

While rising through the ranks in ashihara, Ninomiya continued his judo and kyokushin training. In 1973 he was sent to New York in preparation for the first World Open kyokushin tournament. In 1978 he won what many considered the "Superbowl of the Martial Arts": the All-Japan. Afterward, kyokushin founder Mas Oyama paid him the ultimate compliment: "Joko Ninomiya is a real samurai." Ninomiya then opted to leave behind the fame he would have enjoyed in Japan and settle in Denver, where he taught karate in a local park until he could open his own dojo.

Despite his deep roots in kyokushin and ashihara, Ninomiya never stopped analyzing his experiences in the dojo and at tournaments, and by 1988, he was confident that he'd developed his own highly effective form of fighting. That marked the birth of enshin karate and, one year later, the Sabaki Challenge.

Like most martial artists, Ninomiya respects the past, but he doesn't let it stand in the way of evolution. "During the pandemic, my father decided to incorporate newaza into the enshin curriculum [and the Sabaki Challenge]," Mike Ninomiya said. "This serves as a bridge to grappling for people who are used to striking and a bridge to striking for grapplers who are used to the ground."

Thirty years ago, Joko Ninomiya told Black Belt that the Sabaki Challenge was "the premier test of a fighter's skill and spirit." With the recent addition of ground techniques to the event and the art, his statement is more accurate than ever.

Instructor of the Year: Gerry Chisolm

Around the world, untold numbers of women have turned to the martial arts after being threatened or victimized. That's the raison d΄être for the arts, after all. A select few overcome such situations and go on to teach others how to do so, and when they speak to the downtrodden, their words carry much more weight than the words of men. One of them is Gerry Chisolm, aka "Lady Sensei."

Her path began when she found herself in an abusive relationship while living in North Carolina. She separated from the man, who promptly started stalking her. That continued for four years, eventually prompting Chisolm to relocate to New York. She immediately sought out self-defense instruction to complement the judo she'd learned as a child and wound up studying combatives with Ronald Duncan, an American martial arts pioneer who's primarily known for ninjutsu. Noting that Chisolm was proficient with knives, Duncan focused her training on the self-defense applications of the blade.

Once she had mastered the curriculum — she's a third degree — she began sharing with those in need. She works on a crisis-management team in a behavioral health facility, where she uses her skills to keep the peace whenever possible.

Chisolm, who also has a fifth dan in vee-arnis-jitsu and a sixth dan under Dan R. McEaddy, is the founding president of the Women's Martial Arts Network. "We believe it's just as important to celebrate that little girl who got her yellow belt as it is to celebrate the instructors," she told Black Belt. "We're actively trying to find our replacements for the future. That's what success looks like — when there's another generation of girls and women to take our place because when we lift up women, we're invariably going to lift the martial arts as a whole."

Competitor of the Year: Jack Felton

Among those who follow the tournament circuit, the consensus is that Jack "Iceman" Felton will go down in history as one of the greatest point fighters ever. His martial arts career, which spans 26 years, already includes world championships in the National Blackbelt League, the North American Sport Karate Association and World Association of Kickboxing Organizations, the leading entities in the competitive martial arts. He was also a key member of the Los Angeles Stars in the World Combat League, the promotion started by Chuck Norris.

Felton's well-rounded skill set and extraordinarily high fight IQ make him a contender at any tournament he attends. "Jack is a sport-karate fighting legend who is revered for his knowledge of the game," said Jackson Rudolph, Black Belt's 2018 Competitor of the Year. "He has loyally represented Team All Stars for many years."

Prior to the pandemic, Felton was having a great 2020 season, including winning the overall grand championship at the Compete Nationals and being the runner-up at the Irish Open. With COVID having put a damper on martial arts competition, Felton, 34, has shifted gears from top-notch competitor to top-notch teacher. He now regularly shares his skills via virtual clinics, which he calls "Iceman Insight Training." One can only wonder at the future sparring champions his outreach efforts are inspiring around the world.

Business Leader of the Year: Barry Van Over

As the founder and CEO of Premier Martial Arts, Barry Van Over is one of the most successful — and influential — martial artists in America. His path to the top started when he fell under the spell of Bruce Lee and Chuck Norris. Lessons commenced when he was 9, and the youth was fortunate to have an instructor who encouraged him to get into teaching.

Van Over earned his chops as a black belt and then an instructor before becoming a martial arts consultant. In 2004 he decided to strike out on his own and open a school called Premier Martial Arts. The knowledge he accumulated while working as a consultant enabled him to open additional locations in Knoxville.

His next step was to follow the franchise model. "We learned very quickly that the success of Premier Martial Arts was replicable in new markets across the country," Van Over writes on his website. "We had developed a business model that was different from anything in the martial arts segment. We standardized the curriculums for our customers, implemented best practices for hiring and retaining the best instructors, and created the branding and support infrastructure necessary to win new customers and find success over the long term."

PMA now boasts more than 90 locations across America. That extensive network is possible because the organization follows a simple formula: Offer a quality product at a fair price and teach it in an environment that conveys to students all the ancillary benefits people expect from martial arts. On second thought, maybe that formula isn't so simple. If it was, martial artists everywhere would be following in Van Over's footsteps. But so far, none has been able to — which is why Barry Van Over is Black Belt's Business Leader of the Year.

To find out who the other inductees are, including the Woman of the Year, purchase the February/March 2021 Issue of Black Belt Magazine!