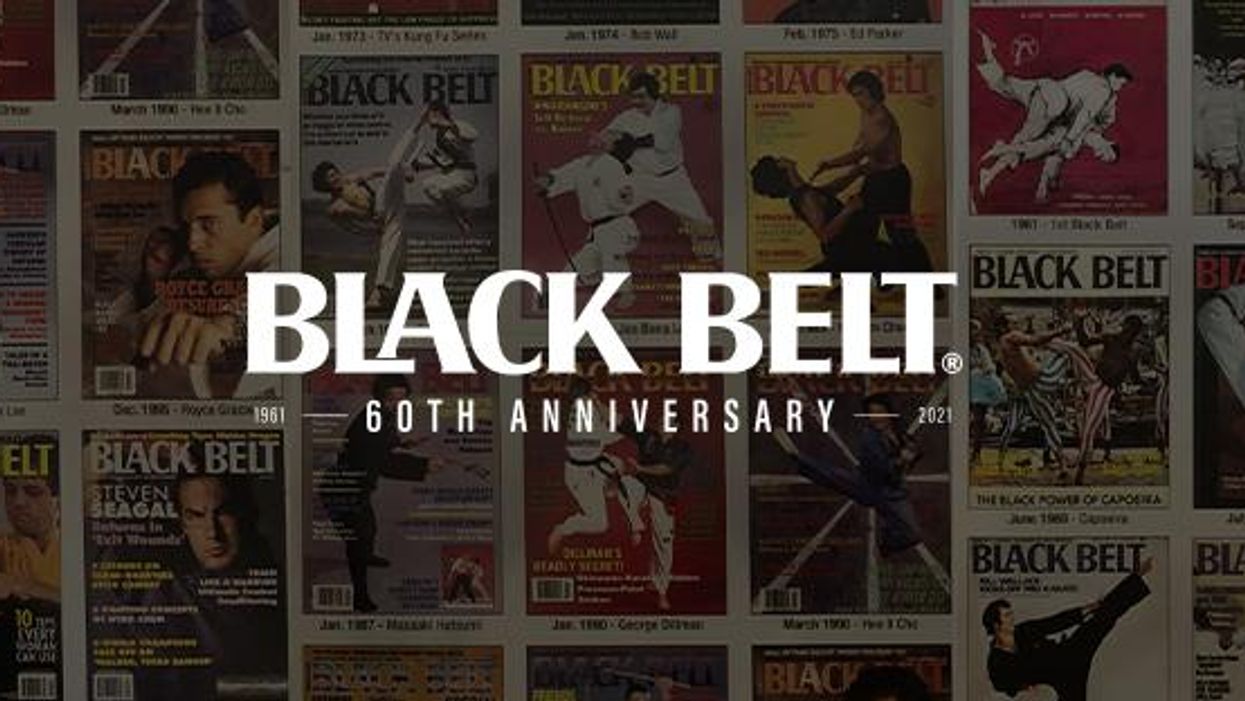 In recognition of Black Belt's 60th Anniversary in 2021, influential martial artists from all over the world have reached out to celebrate the incredible milestone. Black Belt thanks all of our readers for making this journey possible, and we look forward to sharing and spreading the martial arts for many years to come. Special thanks to all of those below who took the time to film a video for the 60th Anniversary. Keep scrolling to view all of the kind messages we have received from some of the most notable martial artists in the world today.

Mixed Martial Artist signed with ONE Championship who has won the middleweight and light heavyweight titles in the organization.

Mixed Martial Artist who was the first ONE Championship heavyweight champion and is the 2005 WEC World Heavyweight Grand Prix Champion.

Master of Jeet Kune Do, 23rd generation master of Tai Chi, and world-renowned high performance coach who has trained over 100 law enforcement agencies around the globe.

Master of Hawaiian Kenpo, famously known as "The Pit Master", and world-renowed mixed martial arts trainer for the likes of Chuck Liddell, Glover Teixeira, and more.

The highest-ranking black belt to ever exist, founder of Ameri-Do-Te, innovator of re-stomping the groin, star of the Enter the Dojo Show, and has over 800,000 YouTube subscribers.

Master of the art of 52 Blocks (formerly known as "Jailhouse Rock"), famously known as "Professor Mo", and has appeared in several martial arts movies.

Daughter of the legendary Bruce Lee, multiple martial arts film and television appearances, Black Belt Magazine Hall of Famer, and author of "Be Water, My Friend".

Founder of To-Shin Do, 10th Degree Black Belt in Togakure-Ryu Ninjutsu, and Black Belt Magazine Hall of Famer who was described as "one of the ten most influential living martial artists in the world" in 1985.

Founder of Systema Headquarters who has certified over 600 instructors, founder of the first Russian martial arts school outside of Russia, and Black Belt Magazine Hall of Famer.

Founder of The Flow Weapons Training System, Co-Founder of Sport Karate University, most ISKA U.S. Open weapons titles of any male in history, and Black Belt Magazine Hall of Famer.

Fighting two or more attackers, even if they are unarmed, is a "worst case scenario." However, as with any conflict, there are rules that can help you survive it. Here are six of them that you must commit to memory.

Only Three Fingers Needed to Fight

Hacking Balance With the Heavy Bag