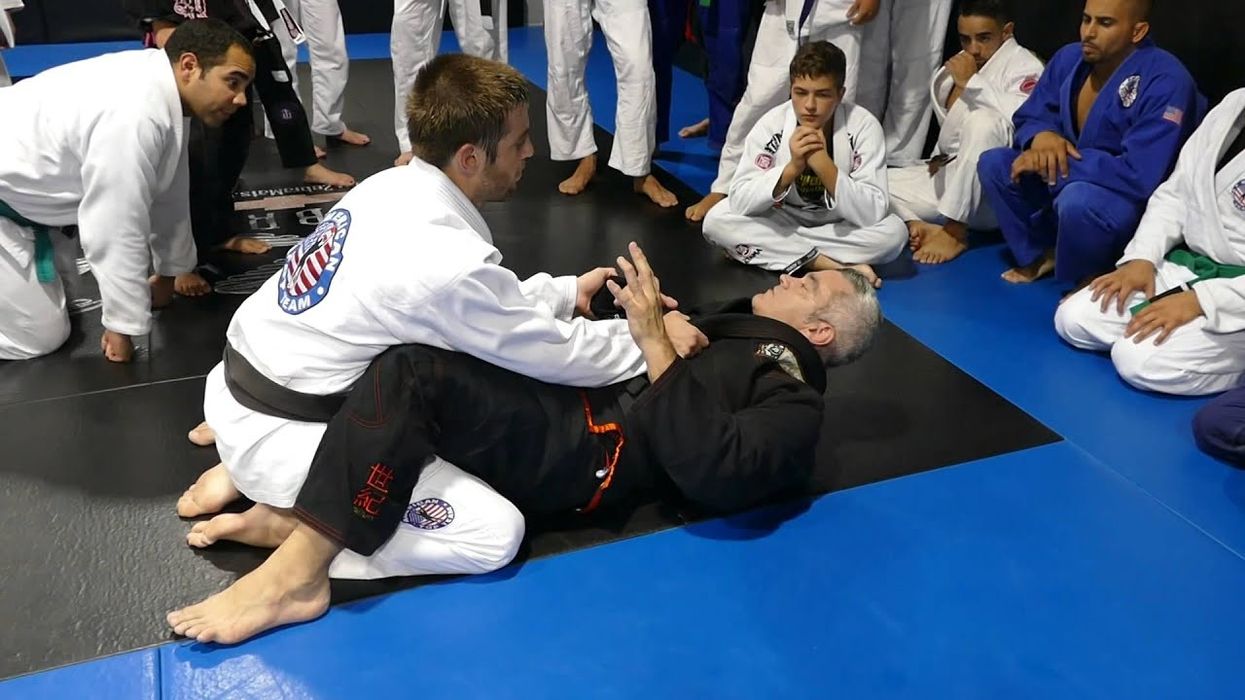 Even the best techniques in the martial arts can fail. That's why you need a backup plan that you can implement without hesitation.

Mike Tyson is famous for saying, “Everybody has a plan until they get punched in the mouth." Think what you want about the former heavyweight boxing champ, but there's deep wisdom in his words. That wisdom happens to be the reason martial arts instructors so often remind their students about the necessity of having a backup plan.

The logic applies whether you're engaging in a friendly sparring session in the dojo or fighting full contact in the ring. Or battling for your life on the street. Suffice it to say that you should strive to have a Plan B for many, if not all, of your go-to techniques. In other words, you should have a concrete idea of what you'll do if you take your best shot and for some reason it misses the mark. Ideally, you also will have practiced doing those Plan B moves in a relevant context.

Ricardo Liborio has a sixth-degree black belt in Brazilian jiu-jitsu, as well as a black belt in judo. The co-founder and former coach of American Top Team, as well as founder of Brazilian Top Team, he's a big believer in backup plans. He teaches his advanced students about the importance of this. Although he's a grappler at heart, Liborio has a message that resonates with all martial artists.

Think of a physical encounter in which you pit your skills against those of another person as a chess match, Ricardo Liborio says. Sure, you can play moment by moment, evaluating the board afresh after every move your adversary makes. But that's for beginners. Advanced competitors use strategy.

“You have to think a couple of moves ahead of your opponent," Liborio says. “That's how you account for the unexpected and gain the advantage. The best way to guarantee your victory is to make sure you have options and be ready to use them."

Makes perfect sense. But if you're new to your art — say, you're a white belt who's still fine-tuning his or her basic techniques — is that a viable path to follow in the dojo? “In general, white belts aren't skilled enough to think that way yet," Ricardo Liborio says. “If they barely know the techniques, it would be asking too much of them to plan two or three moves ahead. It takes an experienced martial artist to keep their cool and see positions and opportunities when they come. They have to know the basic skills by heart and be able to use them without too much thought."

Another complication arises from the effects that stress has on the human body, Liborio says. “Stress can blur your 'vision' of whether a technique will function in a given situation. The more stress you feel, the worse it is. You have to maintain a certain cool to see an opening for a backup move, and that happens only with experience, with training and drilling, with time spent imagining which situations could happen if you try a specific technique and then getting on the mat to find out if you were right."

The challenge is similar — and perhaps worse — in self-defense, he says. “Very few people who haven't trained extensively in martial arts would be able to do this on the street. For the untrained or those who have just trained a little, self-defense is never as straightforward as they imagine because the techniques they end up trying don't always work. And that brings us back to the importance of having a backup plan."

The best way for anyone below the rank of black belt to overcome the aforementioned obstacles is to train with a clear focus on the fundamental techniques of his or her art, Ricardo Liborio says. “That means repeating the basic moves that are known to happen a lot in the type of fights you're preparing for. Those moves have to be in your muscle memory. That's your No. 1 priority."

to create the Grappler's Handbook: Gi and No-Gi

After that, start adding a second movement and then a third movement that you might be able to transition to should that initial go-to technique fail, he says. “Practice them in the dojo, paying attention to your actions and your opponent's reactions. Your goal is to learn how to read the other person, read his movements, read his emotions.

“This is how you build up a few 'choreographies' in your brain and begin putting them in your muscle memory, too. It's also how you build the knowledge and skills you need to make them happen and, more importantly, to function the same way in unfamiliar situations. It gives you the ability to pick and choose what you do in a fight.

“Here, I have to add that you can have all the skills in the world, but if you're not physically fit, you're going to struggle with making this work. That's especially true when you're facing someone who's stronger and/or younger and your first technique doesn't work. In those cases, you have to win by knowledge and by instinct — but you can't do that if you're out of gas."

To improve your acumen in combat, you'll eventually want to use trickery. “At higher levels in the martial arts, you need to play games with your opponent to set things up," Ricardo Liborio says. “Maybe you need to attack an arm to get his neck. Maybe you attack his neck to get an arm. Maybe you attack both at the same time — whatever chance you have, take it.

“But to be successful at that, it all has to be structured in your mind. That means you must be prepared. You need to have a good comprehension of the moves and positions so you know which techniques can work together. And for that, you need to do what your instructor or coach says."

To illustrate his point, Liborio cites one of the martial arts-related pitfalls of training in the information age: “We live in a time when people can get as much knowledge as they want for free. You can go to YouTube and learn how to do a flying armbar before you can even do an armbar. But you're not going to understand the concepts behind the technique.

“There's a reason for the progression that martial arts instructors use. I see this sometimes when I teach guys who are at the highest levels. They don't think they have time to learn the concepts, but that's the wrong approach. The coach has to take the time to make sure they understand the concepts. It's important for them to go deep inside how everything works."

Example: If you go for a triangle choke and your opponent blocks the attempt, it's your deep knowledge of the concepts behind the technique that will tell you how easy it might be to transition to an armbar from that position. “There are so many setups like that you have to think about to get ready for fighting," Liborio says. “You have to fundamentally know the transitions between the technique that fails and what you can do as a follow-up, and you have to know how to make that transition as fast as possible."

Equally important in any give-and-take encounter is damage control, Ricardo Liborio says. “You need to know how to react if your first technique does not work and you're unable to make a second technique work for whatever reason. The worst thing that can happen is you lose position. Much better is getting into a neutral position."

The take-away here is that with proper training and experience, you will have options if your primary move fails, Ricardo Liborio says. “There's always something you can do to win. If you've already seen the opening, do it. If it requires a setup, you'll have to do that. Not as good is a situation in which you have to discover what your best option is. If necessary, you go back to a neutral position. That's how your mind should work.