Bill Wallace on the Death Touch and Other Martial Arts Myths 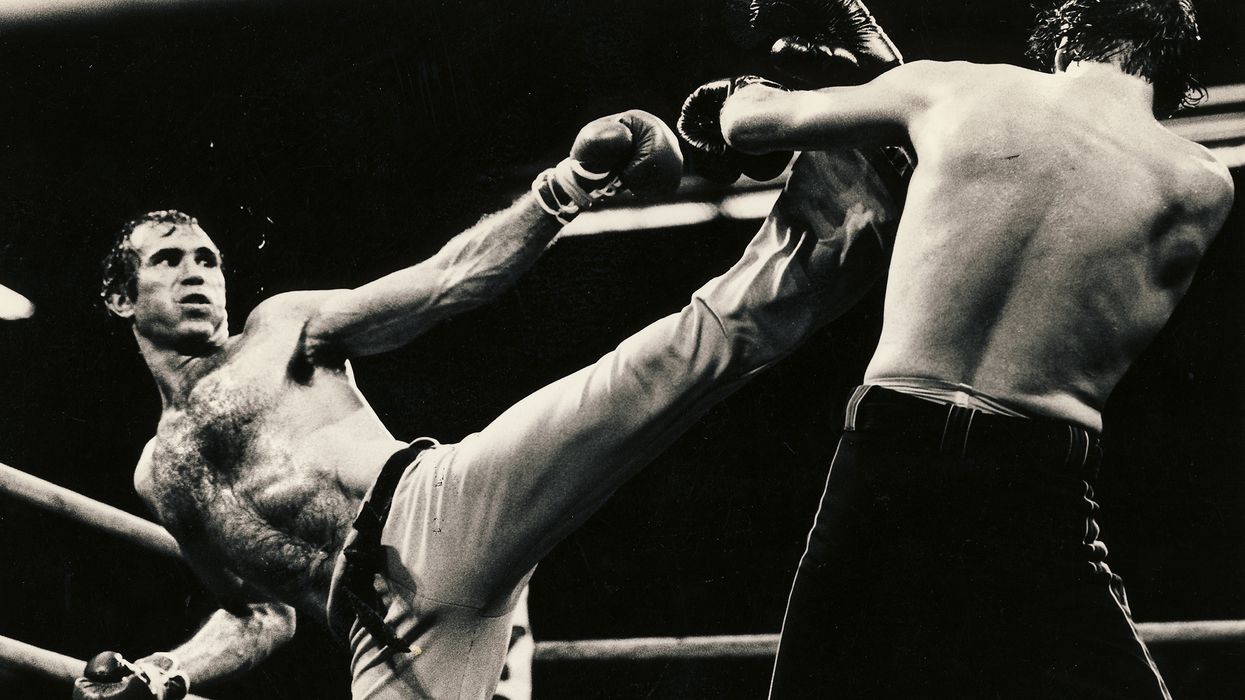 The following are five of the most common martial arts myths, according to Bill Wallace and, of course, the Black Belt Hall of Famer's opinion regarding each one.

Myth No. 1: The reverse punch, when executed correctly, endows people with an almost superhuman "one punch, one kill" capability.

Bill Wallace: The reverse punch is just like a boxing punch, except it's thrown from the hip. Instructors claim it's the deadliest technique in the world, but when you throw it in a sparring match and nail your opponent in the ribs, he usually just bounces back and says, "Hey, good shot!" You didn't kill him, and you have to come up with an excuse, so you blurt out, "I controlled that punch pretty well, didn't I?" The truth is, you threw it as hard as you could, and it didn't do what it was supposed to.

I believe the reverse punch is less deadly than it used to be because peoples' bodies change. The Chinese, Japanese and Koreans who used it centuries ago were not very physically powerful; somebody with big knuckles could throw a reverse punch and break a rib or puncture a lung, and the person might bleed to death. Today, people are larger, and medical advances have almost eliminated the risk of fatality when such injuries occur.

Myth No. 2: The karate chop has magical power.

Bill Wallace: No way. This technique is definitely a powerful one, and when it's thrown to the side of the neck, it can be very effective. But it's not as deadly as many non-martial artists think.

I remember witnessing a fight when I was in high school. One of the guys just stood there with his shuto (knifehand strike) held high, alarming bystanders who whispered, "He knows karate. He's gonna hit that guy and kill him." Needless to say, nobody was killed in the skirmish.

Myth No. 3: A martial arts expert can touch a certain part of a person's body and kill him.

Bill Wallace: Many people say that Bruce Lee died from a "death touch," supposedly inflicted because he showed Westerners the secrets of kung fu. That's bull.

The people who believe stories like this also believe masters who say they can kill you if they want to — but they don't want to, so they're not going to. There is no spot on the human body that you can tap and kill a person.

Myth No. 4: A woman who has trained in the martial arts can beat a man who has not trained.

Bill Wallace: A woman can be victorious against a man if she's got the element of surprise on her side or she is significantly stronger than her opponent. There are plenty of techniques a woman can use against a mugger who thinks she won't fight back; the woman can hopefully buy a little extra time to escape.

But generally women are not as strong as men, and no matter what their game is — kicking, punching, grappling or whatever — if they hit a guy and don't do any immediate damage, they'll be in trouble.

Myth No. 5: If a person is a champion in the ring, he or she can easily knock out any opponent.

Bill Wallace: Not necessarily true. If you want to be a good fighter, you have to train the way you will fight. If you are going to fight full-contact, you have to learn to take the contact.

Before I was a kickboxer, I was a national champion in point fighting three years in a row. I thought I was a super fighter because I could kick or punch my opponent and he couldn't hit me back. I never took into consideration the other guy's ability to defend against or absorb my strikes.

That's why when kickboxing was born, kickboxers kicked butt against point fighters. The kickboxers could take a shot, and we point fighters didn't know what to do when we got hit. It takes a long time to psychologically and physically learn to take a punch.

The Czech Republic's Lukas Krpalek put himself in the history books Friday when he became only the third judoka to ever win Olympic gold medals in two different weight categories claiming the men's +100 kg division in Tokyo. Krpalek, who won the under 100 kg class at the 2016 Rio Olympics, hit a throw with time running out in the finals against Georgia's Guram Tushishvili and went into a hold down to pin Tushishvili for the full point to earn his second Olympic championship. Meanwhile, two-time defending +100 kg champion Teddy Riner of France, considered by some the greatest judoka in history, was upset in the quarter finals and had to settle for the bronze.

On the women's side, Akira Sone helped Japan break its own record for most judo gold medals in a single Olympics when she claimed her country's ninth gold of the tournament capturing the women's +78 kg division against Cuba's Idalys Ortiz. The win came in somewhat anticlimactic fashion as no throws were landed and Ortiz lost on penalties in overtime.

The World Association of Kickboxing Organizations was recognized along with five other organizations at the 138th session of the International Olympic Committee.

July 20th became a significant day in sport karate history last week, when WAKO received official recognition by the IOC. This is a major step in the right direction for a league that hopes to one day bring sport martial arts to the Olympics to join other art forms like Taekwondo and Judo. WAKO is predominantly based in Europe and is focused on kickboxing and point fighting, but their events consistently draw competitors from other continents and their forms and weapons participation has steadily increased in recent years. The recognition granted at the recent IOC meeting was specifically for the sport of kickboxing.