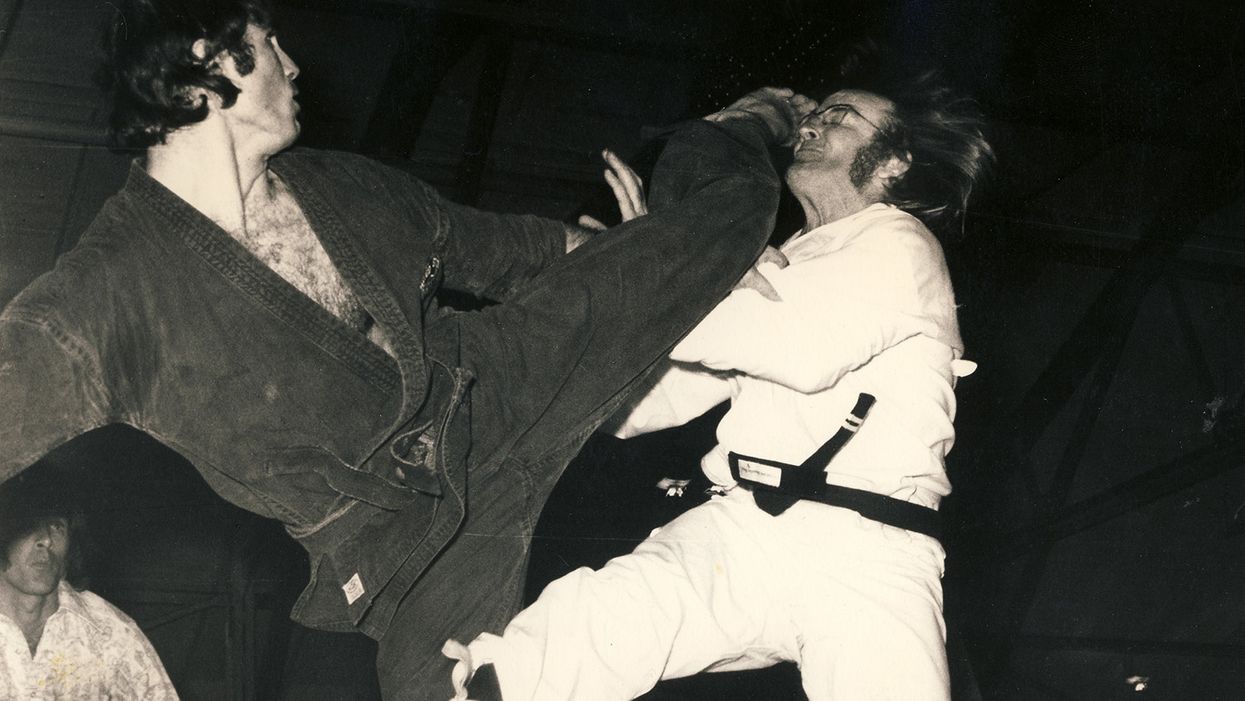 The behavior of a martial arts student can reflect poorly on the behavior of his or her teacher. This behavior often makes itself evident at seminars and tournaments. As a former tournament referee, I realize that we don't always see every point and sometimes we have a different opinion of what constitutes a point than do some of the spectators. However, that is never an excuse to verbally abuse a referee.

For example, I served as a referee in the brown-belt division of a tournament in Texas in the mid-1970s. One competitor's friend began yelling obscenities at me during the friend's match, saying that I was incompetent and using rude language. So I stopped the match, walked over to the gentleman and said, "Look. We don't see everything, but we obviously see a little more than you do because you don't have any idea what you are talking about."

My point was simple: That gentleman had to have learned his unacceptable behavior from someone, and I assumed that he had learned it from his teacher. The student and his instructor ended up apologizing, but the incident should never have occurred in the first place.

Does a martial arts student's bad behavior always reflect on his or her teacher? The answer is yes. A student learns from his teacher. Among other things, the student learns how to control his emotions and interact with people. Even though he might think that one of his friends is getting cheated in a tournament, he still has to show restraint.

An instructor who yells or bellyaches sets a very bad example for his students. They might very well think that since their instructor is doing it, it's OK for them to do it, too. The apple doesn't fall far from the tree.

In the 1960s and early 1970s, heckling the referees almost never happened at tournaments. Even if the spectators knew there had been an error in scoring, they kept quiet because the referee was the one who counted. But toward the end of the 1970s and into the 1980s and 1990s, tournament organizers started having to use an arbitrator to help decide point allocations.

Now, yelling and screaming are common at tournaments. But back in the old days, when a person performed a kata (form), everything was quiet. You could hear a pin drop because of the concentration needed to perform well. No one seems to pay attention to that any longer. The martial arts represent more than just a sport, but we are making them into a sport with our behavior.

What can be done to improve the behavior of martial arts students? An instructor should not have to make a conscious effort to teach respect because this teaching should be contained in his actions and words as he imparts his martial arts knowledge to his students. The students automatically learn respect as they work with the teacher or their peers. No one has ever taken the martial arts solely to learn respect. Many students just want to learn how to fight. However, after you learn fighting, you will have confidence and subsequently you will learn respect.

About the author: Bill Wallace is a former kickboxing champion who now teaches seminars around the world.