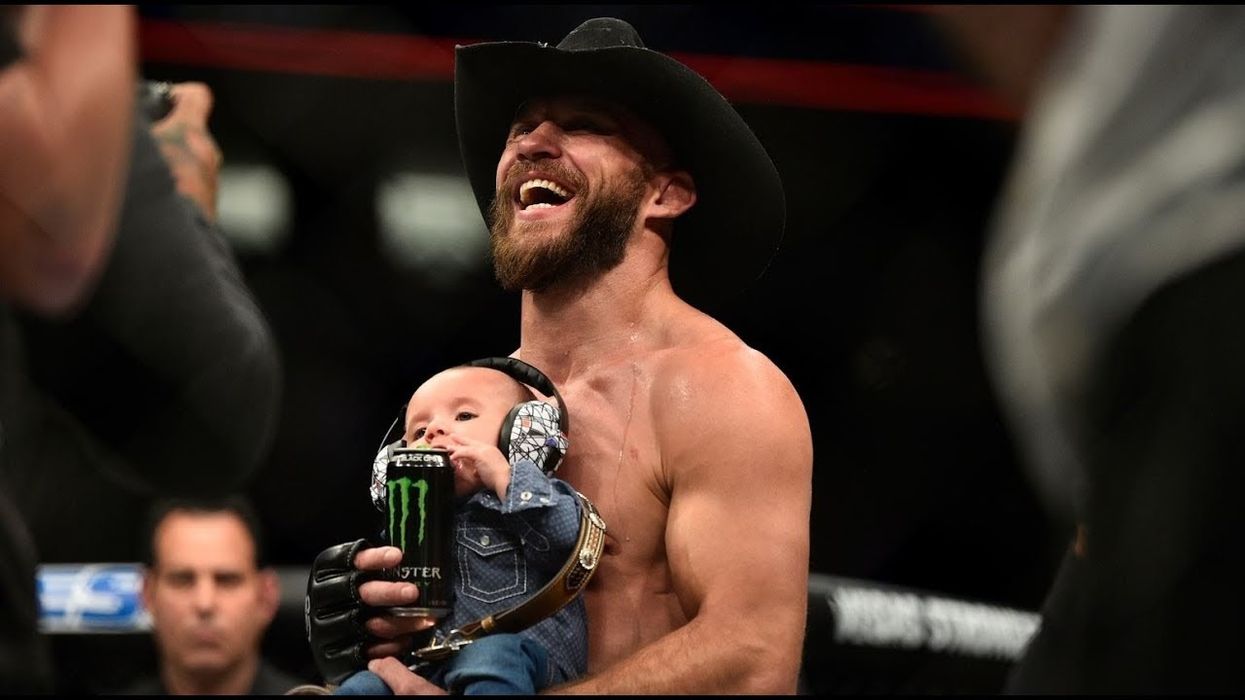 Most UFC fans know that Cowboy is the all-time wins leader, but can you guess the rest of the top five?

The Ultimate Fighting Championship has been regarded as the best mixed martial arts promotion in the world for many years, although other leagues are constantly improving and growing the sport. Nevertheless, most would agree that accumulating wins in the UFC is one of the most challenging tasks in competitive martial arts. Keep reading to find out which fighters make up the top five leaders in all-time UFC wins.

Coming in at number five with a total of nineteen UFC victories in the welterweight, lightweight, and middleweight divisions is Diego Sanchez. He is one of only three fighters to fight in four different weight classes, and the only division he has not been able to secure a victory in is featherweight. His impressive résumé includes being in more "Fight of the Year" bouts than any other mixed martial artist, in which he fought other accomplished fighters like Clay Guida and Gilbert Melendez. The Ultimate Fighter bout against Clay Guida also earned Sanchez a spot in the fight wing of the UFC Hall of Fame in 2019.

The fourth place spot for all-time UFC wins is shared by three legends of the sport. Michael Bisping is a UFC Hall of Fame member, Georges St-Pierre is set to be inducted in 2020, and Jon Jones is almost certainly a future Hall of Famer despite his history of controversy outside the octagon. GSP and Jon Jones are almost always included in the UFC's GOAT debates, as they rank first and second in all-time title bout wins (14 for Jones and 13 for St-Pierre). Although Bisping is not held in as high regard as the other 20-win fighters, he holds just as many wins and is the only British fighter to ever claim a UFC Championship. Bisping is retired, but Jones and St-Pierre may have an opportunity to climb these rankings as Jones prepares for a move to heavyweight and rumors continue to circulate of a potential title bout for St-Pierre against Khabib Nurmagomedov.

Jim Miller has fought his way into third place on this list with 21 career wins in the UFC. He has won both catchweight and lightweight bouts, and holds the record for the most lightweight division wins in UFC history. Miller also boasts other impressive records like the most bouts in UFC history with 36 and the most submission wins in the history of the UFC lightweight division with 9. However, Miller has simply suffered too many losses at the wrong times for him to obtain a UFC championship. He was, however, a Cage Fury Fighting Championships lightweight title holder with one successful title defense.

Demian Maia comes in at second place in all-time UFC wins with 22 victories in the welterweight and middleweight divisions. He is widely regarded as one of the best grapplers in mixed martial arts history, and these skills have earned him two shots at a UFC title. Unfortunately, Maia lost both of these bouts to fellow legendary fighters Anderson Silva and Tyron Woodley. Although he has never tasted UFC gold, Maia's résumé features a long list of titles in various Jiu Jitsu and grappling promotions. Maia still has an opportunity to add to his win total, as he is an active fighter who is currently ranked #7 in the UFC welterweight division.

Donald "Cowboy" Cerrone is a fan-favorite who has amassed a UFC-record 23 wins throughout his career in the lightweight and welterweight divisions. He also holds records for the most finishes in UFC history with 16 and the most knockdowns in UFC history with 20. Cowboy is loved by many MMA fans because of his toughness, demonstrated by his fighting style and the fact that he once fought six bouts in a 12-month period. At the time of this article he is sliding through a four-fight losing streak, but he has faced brutal opponents including the well-respected Tony Ferguson, interim UFC lightweight champion Justin Gaethje, and former undisputed UFC champions Conor McGregor and Anthony Pettis. Most MMA enthusiasts are hopeful that Cowboy will return to the octagon to extend his all-time wins record before riding off into the sunset.