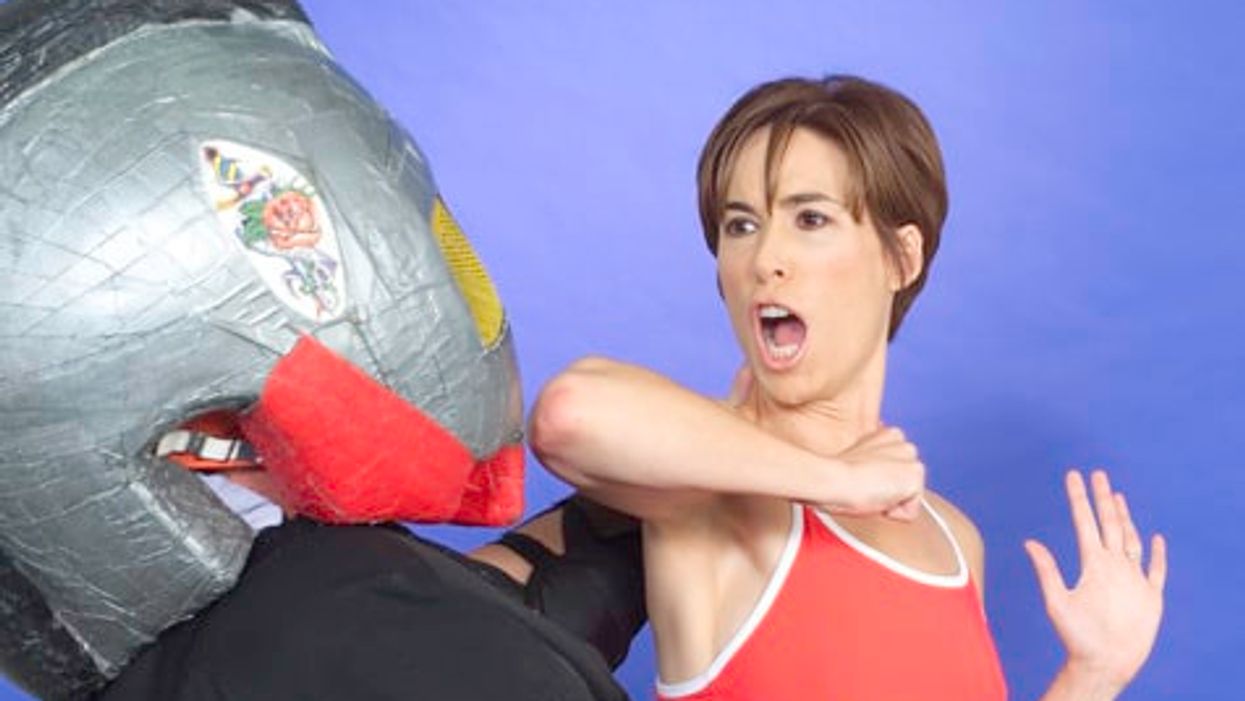 Veteran self-defense instructor and Black Belt Hall of Fame member Meredith Gold doles out essential advice for all who want to stay safe in public.

The best self-defense strategies and techniques work equally well for men and women, but let's face it: Women really need them because they're assaulted more often than men. Statistics indicate that one in three women will be the victim of some type of violent attack in her lifetime. Women also endure more incidents of verbal and sexual harassment. Although most women's self-defense courses focus on skills for quickly and efficiently destroying an attacker, self-defense training also should include methods for preventing a confrontation from turning physical in the first place. Learning how to steer away from a threat may not sound as exciting as ripping out an attacker's heart, but as they say in every beginner's class, evading an attack is almost always superior to blocking an attack.


After years of research, the staff of the Rocky Mountain Combat Applications Training center discovered a number of effective self-defense concepts and techniques and incorporated them into its curriculum. If you're an experienced martial artist, the physical techniques may appear familiar or even surprisingly basic, but that's fine. They're intended to be simple because in an assault, you'll experience fear and panic, along with a natural adrenaline rush. Despite the superhuman effects adrenaline can produce — we've all heard stories about the grandmother who lifted a car off her trapped grandchild — it doesn't always work in your favor. You may experience tunnel vision, auditory exclusion and loss of fine motor skills. Consequently, it will be hard to see and hear, and complex martial arts techniques may be impossible to perform. If you stick with proven strategies and simple gross-motor-movement techniques — such as the 10 described here — your chance of surviving will increase drastically

Too many women enroll in a self-defense class after they've been assaulted. When they recount the incident, they often say the same thing: "I had this bad feeling, but I told myself not to be paranoid," or "I knew I shouldn't have gone, but I didn't want to hurt his feelings."

If something doesn't feel right, it probably isn't safe — that's the bottom line. Many women have been conditioned to ignore the little voice that tells them trouble is coming. Your instinct is the best detector of danger. The next time you hear that little voice, listen to what it's saying.

Don't make yourself an accessible target. The outcome of a battle is often determined before the first blow is struck. When you have the opportunity to escape from a situation before it turns bad, take it.

If an approaching person gives you the creeps, walk to the other side of the street. If an elevator door opens and the guy standing inside makes the hair on the back of your neck stand up, wait for the next elevator. Those actions aren't cowardly; rather, they're a smart way to eliminate danger.

3. PRESENT YOURSELF WITH CONFIDENCE

Be aware of the message your body sends to those around you. Like animals, human predators target those they consider the weakest or most vulnerable. Attackers search for women who appear frightened, confused or distracted. They look for women who walk with their head down and their hands stuffed in their pockets, or perhaps one who's overburdened with packages or distracted by children.

Remember that attackers do not want to bait a fight; they want an easy mark. By walking with confidence and awareness — looking around and keeping your head up and shoulders back — you'll dramatically reduce the likelihood of becoming a target in the first place.

Good verbal skills are an effective self-defense tool, one you're likely to use more frequently and successfully than any physical technique. When a predator engages you in conversation, he's actually "interviewing" you to see if you'll make a good victim. An experienced attacker is practiced at using his words to freeze you with fear, thus reducing the chance that you'll try to defend yourself.

Although an aggressive verbal confrontation can be terrifying, you have to be strong enough to show the attacker he's picked the wrong victim. If you stand tall, remain calm and respond confidently and assertively, you'll probably "fail" his interview. The power of your voice alone can cause him to seek an easier target.

In a self-defense situation, one of your secret weapons is the element of surprise. Most predators feel confident that you won't defend yourself, and you should capitalize on that misconception. If you assume a martial arts stance, it immediately tells the attacker that you know how to fight. In response, he's likely to be more aggressive.

Instead, use a confident, relaxed stance in which your hips and shoulders are forward, your arms are bent, and your hands are up and open. This conciliatory posture may mislead the attacker into thinking you're willing to comply. If it becomes necessary for you to strike, he probably won't be prepared for it.

Everyone has a comfort zone or personal space. When an aggressor enters that zone, you're uncomfortable because you know you'd need that space if you had to fight back. When you're in an adrenalized state, you need a quarter of a second to react to an assault. This "reactionary gap" should be anticipated when you think about your comfort zone.

You should try to maintain approximately one to one-and-a-half arm lengths between yourself and the aggressor. If he starts closing in, you need to use verbal boundaries. If he still doesn't back off, it's time to get physical.

7. USE THE ELEMENT OF SURPRISE

Most predators assume you cannot defend yourself. Therefore, you should take advantage of the element of surprise. If you're engaged in a conversation, you have the opportunity to use verbal skills and a non-confrontational stance to entice the aggressor into dropping his guard. If you're grabbed from behind, you must respond immediately. In either case, putting up a fight can surprise him and increase your chance of landing the first blow.

One of the main effects of an adrenaline release is the loss of fine motor skills. That means simple gestures such as unlacing your fingers or pulling your hands out of your pockets can become much more challenging. And the odds of your executing a beautiful joint lock or high kick rapidly dwindle.

No matter which martial art you practice, learn techniques that are basic and stick with them in a self-defense scenario. I recommend the following:

9. DON'T PANIC IF YOU'RE KNOCKED DOWN

More often than not, women end up on the ground when they're assaulted. The good news is that most assailants are not skilled ground fighters; they're bullies who are used to knocking women down and forcing them to comply. Remember that the heel-palm strike and eye strike work well on the ground. It's a good idea to have a few kicks that work there, as well.

In particular, the side thrust kick functions in a variety of scenarios. If you're on the ground and your assailant is standing, it gives you an advantage because your legs are longer than his arms. That means he'll have to expose his body to your kick if he wants to reach you.

Knee strikes also function effectively on the ground. While you struggle with your attacker, he probably won't protect his groin. Once you see an opening, get close enough to strike upward into his crotch.

The fight isn't over until the threat no longer exists. Therefore, you must be 110-percent committed to the battle. If you fight back and then pause, you give up the initial advantage you gained from using the element of surprise.

Once your opponent knows you can fight, it becomes more difficult for you to prevail. To survive, you must continue your barrage until it's safe to stop striking and escape.

Meredith Gold was Black Belt's 2003 Woman of the Year. Visit her website here.